Front-Runner Looms As The One To Beat In Guyra Cup

Trainer Lesley Jeffriess can see the funny side to the recent winning record of Call Me Brad who will take an imposing record into the Watson McNamara & Watts Solicitors Guyra Cup (1400m) at Armidale on Sunday.

Call Me Brad has won four of his past five starts – no mean feat considering the eight-year-old is more towards the end of his racing career than at the start.

The 68-start veteran has never raced better winning twice at Gunnedah in December, followed by a fifth in the Inverell Cup, victory at Armidale and then another all-the-way win in the Walcha Cup on February 5. 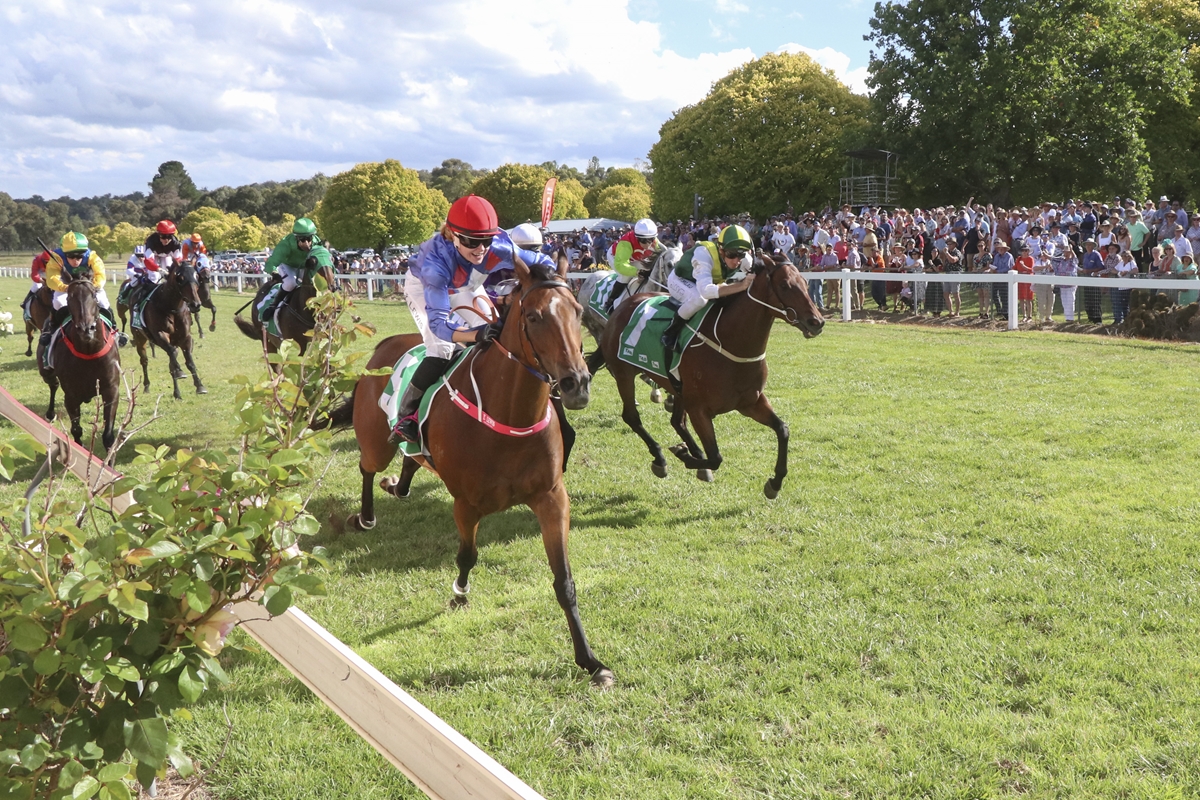 When asked the reason for Call Me Brad’s run of success, Jeffriess said, tongue in cheek, there may have been a couple of reasons.

“I did threaten him with retirement and since then he has a new lease on life,” she joked.

“I’m really not sure why he has been able to win so often of late, but it’s been a good thing and I’m not complaining.”

Call Me Brad has a large syndicate of owners, none of whom have seen the galloper win any of his recent starts, and that jokingly maybe part of the reason why the galloper keeps winning.

“Yes, none of the owners have been on track for his wins and I have told them they now have to stay at home when he races,” she said.

“Most are mine workers from the Singleton and Muswellbrook areas who keep tabs on how he is going, but haven’t seen him win.”

Another important part of Call Me Brad’s winning run has been apprentice jockey Yvette Lewis. She has ridden the eight-year-old in five of his 10 career wins and in all of his recent starts.

Call Me Brad has been able to dominate from the front in most of his recent wins and he was able to make the most of the inside draw to claim the Walcha Cup at his latest start several weeks ago.

Jeffriess said Call Me Brad didn’t have to lead to win, but he was a go-forward running type of horse who would be right on the speed. The galloper had a slight setback after his last win with some soreness which required some chiropractic work and some days off.

It’s the reason he hasn’t raced since, but Jeffriess feels her stable star is in the same spot fitness-wise as he was for his wins.

“He is back to being like first-up off a break so the 1400 metres is ideal,” she said. “He missed the run in the Quirindi Cup because of a bit of strain, but he is right again.

“He can handle the sting out of the track so the heavy won’t bother him.”

Call Me Brad has found his niche since he has dropped in the weights and found his class level, according to his trainer.

“He was up in the ratings and carrying big weights before his wins. He has gone down in the weights in the right races where he has been well suited,” she added.

“He is very much in-form and whether that form can stick around we will see. He has done nothing wrong, his work is good and I can’t see a reason why he won’t run well.”

Call Me Brad has twice as many wins as his nearest rival on Sunday and is expected to fight out the finish with the likes of Cassy’s Sister, In Heart’s Wake and the topweight, Herzegovina.

Wild Moon is an early scratching that leaves a field of eight for the feature race.