It’s been a long road back to racing for talented sprinter Washington Towers ($4 on TAB) who is chasing consecutive victories in the Riverina Signmakers Benchmark 66 (1000m) at Wagga on Thursday.

Washington Towers won at his latest start at Canberra justifying the faith of his Canberra trainer Todd Smart and the galloper’s large syndicate of owners headed by Ben McAlister. 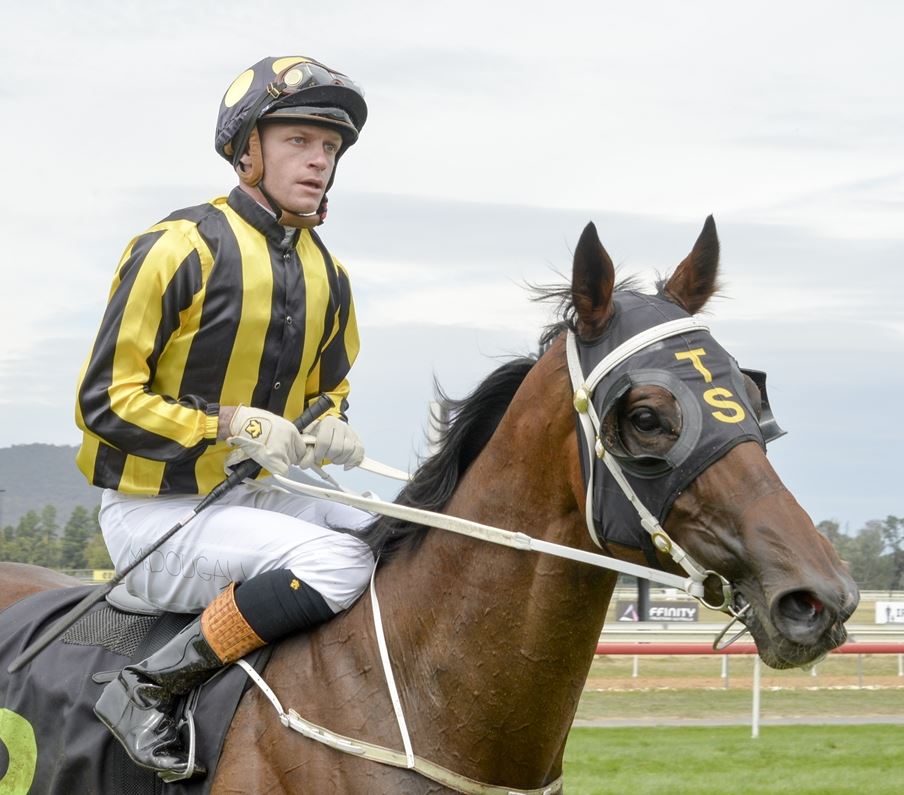 Purchased for $65,000 at the Ready To Run sales, Washington Towers showed promise from the outset winning on debut at Wagga in January 2019.

The now four-year-old hasn’t raced at Wagga since and will confront a heavy rated track after intense rain this week.

The wet track doesn’t deter Smart too much, but with 61kg to carry Washington Towers will need to be at his peak, according to his trainer.

“He loves the wet tracks so I don’t believe that will be a problem. The only concern is the weight, but he is weighted accordingly for this type of race,” Smart said.

“I believe he is a horse on the way up and he is going well and showed last start he is back to his best.

“He had more than a year off between starts and he is at his peak to run well in a tough race.”

Importantly, Washington Towers also ticks the box when it comes to performing in the wet with his latest victory on a slow surface at Canberra.

He has also finished fourth, beaten two lengths on a heavy track, at Randwick prior to his breakthrough win at Canberra. Washington Towers had the run of the race and made the most of it to win at Canberra.

The victory proved the time, effort and money spent on returning him to the track were justified.

“He has had a lot of issues and needed an operation to correct his breathing. He has also had a few accidents so he basically didn’t race for a year,” Smart said.

“It has taken time to get to where he is now this preparation, but I believe he will be better again after a break and he comes back.”

Smart added one of Washington Tower’s downfalls has been his pre-race behaviour: “He is getting better as the preparation goes on, but he can be a bit of a hothead,” Smart added.

Washington Towers, who will be ridden by Canberra jockey Billy Owen, carries Smart’s colours of the black and gold of the Gundagai Tigers rugby league club. Many of Washington Tower’s owners come from Gundagai and they will give the galloper a huge cheer if he wins again.

“My father has a share in the horse, plus a lot of his mates and plenty of others,” Smart said.

The final race is packed with interest with the talented Shelby Sixtysix ($2.50 favourite) coming off a last start third behind Country Championships favourite Art Cadeau. Shelby Sixtysix has raced three times at Wagga for two wins and a third, while his wet track form is also strong.

His stablemate, My Blue Jeans ($23), ran last at his latest start but his previous form was strong for a race of this standard. Quiet Lucky ($8.50) has been placed at his past seven starts since winning and is resuming from a break on Thursday.

Meanwhile, Smart will saddle up one of seven debutantes in the nine-horse George Carroll Kitchens and Joinery 2yo (1000m). Smart’s starter, Encyclopedia ($12), won a trial at the Gold Coast last month before finishing fifth at his next trial and first for Smart at Queanbeyan.

The track is rated a Heavy 9.