It was an Albury Cup like no other last year when Spunlago did the seemingly impossible and won at odds of $41.

Twelve months on and the defending champion is back – a year older but in just as good shape for another title, according to his Albury trainer Ron Stubbs. 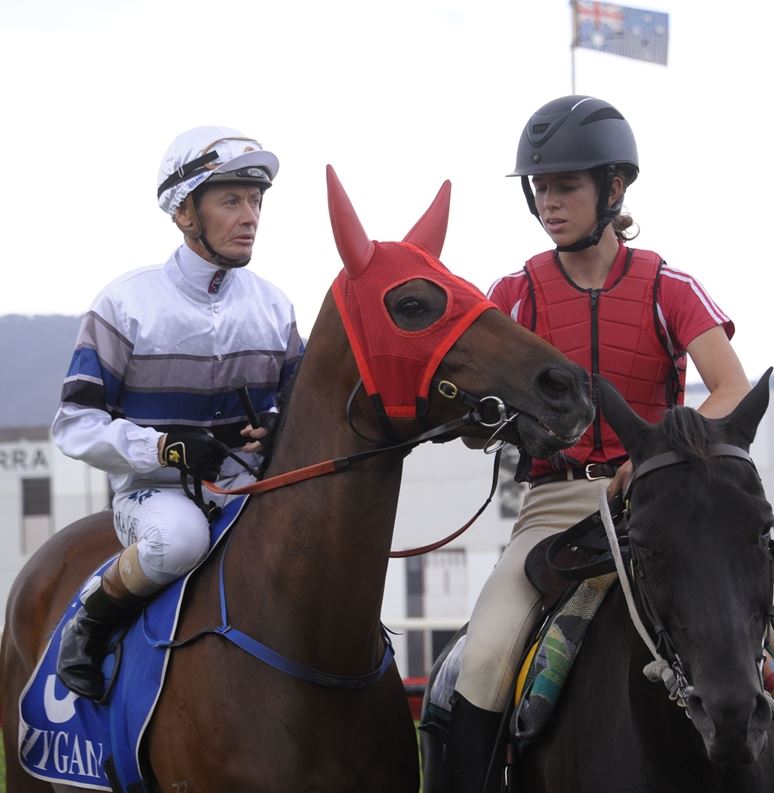 With no crowd last year due to Coronavirus restrictions, the absence of the fans to share in the celebrations was what Stubbs and his fellow owners missed the most.

“It was very different last year. If the horse happens to win again before a big crowd I’m sure we will make up for it,” the astute Stubbs said.

Stubbs has won two Albury Cups – his first with Wilga Dash in 1993 – and his second last year.

The odds are the same – a roughie in Albury’s biggest race held at a track just across the road from where Spunlago is stabled.

Added to his tilt, is the booking of jockey Mathew Cahill – a man who has a great record in the Albury Cup and knows the best way to ride Spunlago.

“Matt won on him last year and we are thrilled Spunlago has another chance because he was originally the first emergency,” Stubbs said.

“I’m just as happy with his condition and work as I was last year. There is no obvious difference except he is a year older.

“Barrier five is a plus over the 2000 metres because he can take up a position and with the light weight he has to be a chance again.”

The scratchings of Lord Vladivostok and Foxborough, has given two others a start, while three other cup acceptors are also entered for Rosehill on Saturday.

This will give Albury three chances of an unlikely win, but stranger things have happened against the strengths of some of the Sydney and Melbourne stables with higher-rated chances. Stubbs feels the Albury Cup is a fair target for any horse and isn’t concerned about the strength of the visitors.

“We have seen in recent years horses like locals Willi Willi, Spunlago and others win the Albury Cup,” he said. "It’s nice to have those local horses and the Albury public certainly follow those hoping they can win.”

Last year, many once-a-year punters supported Spunlago who grabbed as much as $51 odds about the veteran. Stubbs hopes it’s a case of déjà vu. This time he is a $101 outsider.

“Just to have a runner is good, but to win again would be a big thrill,” he said. “I certainly don’t think he is any worse than last year.

“He drops a lot in the weights on what he has been carrying and he is one start for one win at the track.”

Spunlago only beat a few horses to the post in his latest start in the Canberra Cup and carried a similar weight to what he will on Friday. Some wide draws in other starts with huge weights of more than 60 kilograms hasn’t helped Spunlago’s chances of winning a race since the Albury Cup.

“He has been trapped wide a few times and it makes all the difference if you draw a decent barrier and get some luck,” Stubbs said. Spunlago has already won $475,000 with 13 career wins which include six for Stubbs including a metropolitan win at Flemington almost two years ago.