The sweet taste of success has lured Scott Singleton back for another crack at winning the Tooheys Armidale Cup.

Twelve months ago, Singleton captured the $60,000 Tooheys Armidale Cup with Concessions – a runaway winner of the feature race by five lengths.

He will try and win again on Sunday with Holy Empress – a mare he rates at a similar level ability-wise to Concessions.

“It was a big thrill to win last year so hopefully we can do it again,” Singleton said. 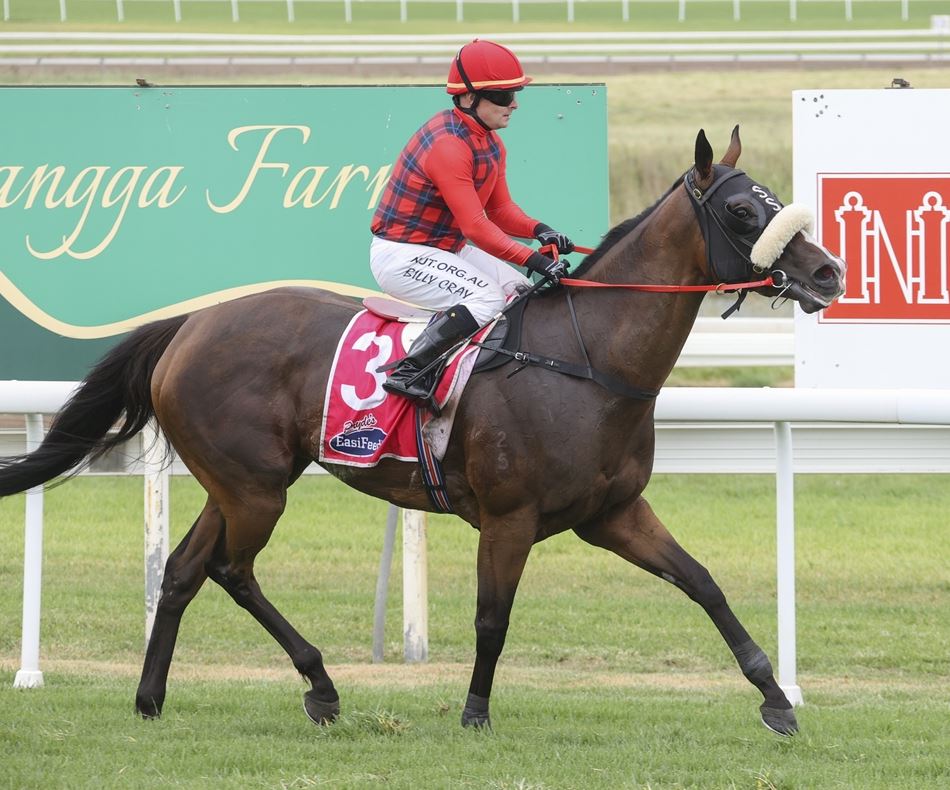 “I moved to Scone a bit over 12 months ago and have had a bit of luck at Armidale since.

"If the horse doesn’t have any trouble handling the track, which can be a bit tricky for some horses, I think she has a strong chance.

“Last year, I didn’t know if Concessions would handle the track and she won easily.”

Concessions has since been retired and didn’t win another race after the Armidale Cup.

Holy Empress is part-owned by Singleton along with the McDowell family from New Zealand and some other friends.

The mare has been part of the Singleton family for what seems like a lifetime after the trainer took a liking to the then weanling when he worked at Princess Farm for the late great training maestro, Bart Cummings.

Holy Empress was one of the many horses that became available for purchase and Singleton wanted to buy in as he always liked the then filly. If she wins the Armidale Cup, Holy Empress will surpass $100,000 in prizemoney.

Holy Empress won a Benchmark 58 at Scone two starts ago with 60kg on her back before a solid finishing fifth – beaten less than two lengths – at Canterbury over 1550m. Singleton believes the step up in distance to 1900m is ideal for the winner of four races.

“She won second-up over a mile and then the 1550 metres last time was a bit short for her the way she finished off,” he suggested. “She has won over 1850 metres before and is ready for this distance at her fourth start back.

“I expect her to position up around midfield and hopefully finish off over the top of the others.”

That was the case last year when Concessions ($8) put the race beyond doubt with a huge win after surging clear over the final 200 metres. Singleton would gladly take the same result.

“I don’t expect her to bolt in like the mare last year, but I think she is well in at the weights with 55 kilograms on what she has been doing,” he said.

The trainer has 35 horses in work at Scone and likes to target the feature cups with the right horse. The class of race and distance is ideal for Holy Empress who will start from barrier 11 with jockey Billy Cray in the saddle.

Armidale will be represented by New Endeavour for trainer Ned Coldbeck, while Lea Selby has a definite start with last start Grafton winner, Kilmarnock. Her other two acceptors, The Equinator and Nature Boy, are emergencies.

Meanwhile, Scone trainer Cameron Crockett is in with a chance of figuring in not only the Cup with Velaro, but also last start winner Miss Powerbelle in the $35,000 De Bortoli Wines & David Dye Memorial Armidale Newmarket (1100m).

Miss Powerbelle has drawn the inside barrier in the main sprint race. The forecast for rain over the next few days will most likely keep the track in the present rating of a Soft 7.