It has been a perfect start to the racing career of Manners Honey who will be looking to confirm a start at next month’s Albury Cup carnival on Friday.

Manners Honey has been seen twice in official lists for a trial win at Wagga in November and shortly afterward a maiden victory on debut on December 7.

Albury trainer Denise Wise has Manners Honey ready to start again in the Purjen Couriers Class 2 (1175m) at Albury, and is hopeful she can perform well enough to earn a place at the cup carnival.

“It has been a while between starts so she may need the run, but she has got the ability to jump a grade and be up there at the finish,” Wise suggested. 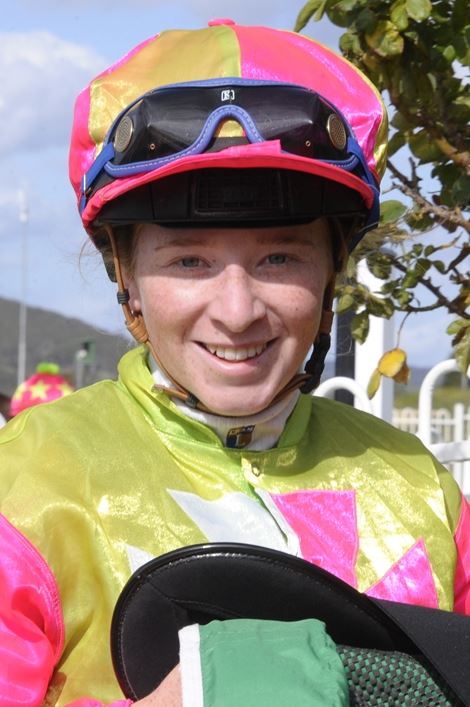 Jockey Ellen Hennessy - will partner Manners Honey for the first time at Albury on Friday. Image by Bradley Photographers

“She suffered an injury to her mouth in a yard incident and wasn’t able to have the bit in her mouth for a while which is why she hasn’t raced for a few months.”

Manners Honey has been a work in progress from the start of her career, hence why she didn’t commence racing until she was a five-year-old.

She was also bred by Wise who stands her sire, six times winner Manner Hill, from her mare Hold Me Honey.

“We have had Manner Hill for 14 years and she is from one of our own mares so she is a real homebred,” Wise said.

“There have been setbacks with her so to see her win that first race was a dream result.

“She does have the ability and a great temperament for racing so hopefully she is up to jumping a grade and being in the finish. She will certainly improve with the run.”

Senior jockey John Kissick has been aboard Manners Honey in her trial and race win and apprentice jockey Ellen Hennessey takes over with the mare only receiving 55kg.

Kissick will be aboard last start Albury winner Charm Wing for Jamie Scott who won by more than three lengths on February 4.

Wise trains four horses at Albury where she has been based back home after returning from 20 years training at the Gold Coast. She has also won four races with Dezzy who is currently enjoying a break and will rely on Manners Honey as her sole prospect for the Albury Cup carnival on March 18 and 19.

Wise was delighted to see Manners Honey win on debut after a few setbacks and costs along the way.

“She has had a few injuries even from the time when she went to be broken in she cut her hind leg in a float incident,” she said. “It took a while to get her to the track, but she always showed ability and the right attitude.

“She is a perfect racehorse to work with and she doesn’t owe us anything as we bred her and she won her first start and hopefully she can keep it going.”

Meanwhile, Miss Elsie May will try again – this time with a new trainer and first-up from a break – to win her first race in the Laser Electrical Maiden (1000m). Miss Elsie May hasn’t won in 10 starts, but has finished second on seven occasions which includes six seconds and a fourth from her past seven runs.

New trainer Wayne Carroll hopes Miss Elsie May can turn it around and continue the recent win record of her owner, Graeme Mathieson.

Carroll now also trains Just Business for Mathieson who has won his past two starts at Wagga and is set to start next in next month’s Corowa Cup. Miss Elie May is a half-sister to Just Business, while another relation, Nats Enough, will also race at Albury.

“She has matured a bit and I expect her to run well,” Carroll said. “She tries hard and she will improve as she gets into her racing.”

Miss Elsie May has already earned $30,000 without winning a race and Carroll hopes she can break through sooner than later.

“She has been honest all the way through. This is her first start for me so we just have to see how she goes, but I’m happy with her trackwork and how she went in a jump out,” he said.

The Albury track is rated a good 4 for the final meeting before the club’s huge two-day carnival in three weeks.