Fearnley Out To Maintain Unbeaten Record At Grafton

Coffs Harbour trainer Joanne Hardy is very wary of Gold Coast rival Decisive Heart but still expects a big run from Fearnley when he returns from a lengthy break at Grafton on Thursday.

Fearnley received a three-month ban after bleeding from both nostrils at Taree in early June last year at just his second run for Hardy.

Previously trained at different stages by Chris Munce, Chris Anderson and Aiden St Vincent, Fearnley had his first start for Hardy when he scored a dominant win over 1005m at Coffs Harbour last May before the bleeding attack at his next run. 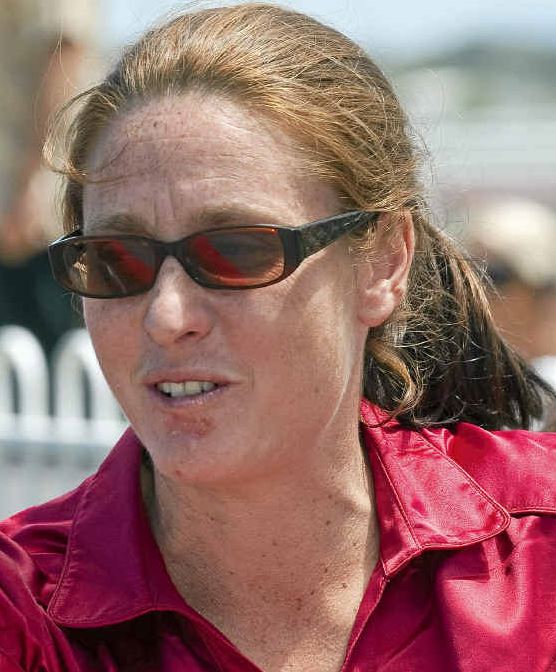 Hardy is rapt with the way the now five-year-old I Am Invincible gelding has returned after his eight-month lay-off and expects him to run well in Thursday's Class 3 Hcp (1006m) although she fears he may have his work cut out beating the Toby and Trent Edmonds-trained Decisive Heart.

"Fearnley won at Coffs just after we bought him, but then he had to have the three months off after bleeding at his next start and we decided to give him a few more months in the paddock as he hadn't had much of break before that," she said.

"I'm really happy with the way he's come back, although he has missed a little bit of work due to wet weather.

"I think he'll still run well first-up over the 1005m, but I'm not sure if he can beat Decisive Heat, who looks really well placed in Thursday's race.

"Decisive Heart is only two rating points below Fearnley but he has to give her 6kg after Zac Lloyd's claim, so I think Toby has found the perfect race for her.

"I wouldn't be totally surprised if Fearnley won first-up, but I'll be equally happy just to see him back at the track and run a strong race on his return."

Fearnley on Thursday is attempting to maintain an unbeaten record at Grafton after winning his two previous starts at the track back in April of 2019 when trained by Aiden St Vincent. He has won on soft and heavy tracks in the past, but Hardy would prefer a good surface for his comeback run.

"If he was rock-hard in condition, a rain-affected track would actually be in his favour but first-up after eight months off those conditions might be a bit much for him," she said.

Jon Grisedale, who partnered Fearnley in his two runs for Hardy before his lay-off, reunites with the gelding on Thursday, and also rides two of Hardy's other runners, Fior The Tiger and Kentucky Grey. Hardy hopes a return to Grafton and a drop back in distance can produce the right result with Fior The Tiger in Thursday's Class 1 Hcp (1410m).

Fior The Tiger fought on bravely to win his Maiden over 1400m at Grafton two runs back on January 24 then last start had no peace in front before fading to finish sixth behind Game Set Match over 1526m in a Class 1 at Lismore on February 9.

"He just went a bit too hard and also got no peace in front last time, so you can just put a line through that run at Lismore," said Hardy. "I think the return to Grafton and the drop back to the 1410m will suit him and hopefully he can bounce back on Thursday, although he has drawn a bit awkwardly (barrier 12)."

Hardy said The Actress, still winless after 20 starts, could be headed for retirement if she doesn't show some improvement on Thursday. The mare has threatened to win a race on several occasions with seven placings to her credit, but has been unplaced in her past five starts.

"She's certainly been very frustrating. I thought she would have been able to win a race somewhere by now, but she's a mare who's been difficult to manage and to train," said Hardy.

"I actually thought her first-up run at Coffs Harbour (on December 3) was a very good run, then there were excuses at her next run and then I probably backed her up too quickly at her third run back, but she was disappointing last time (at Ballina on January 3).

"She's had a freshen-up since then and this is probably the weakest race she's ever been in, so if she can't finish in the top three this time, I might retire her."

Hardy also has Kentucky Grey lining up alongside The Actress but isn't expecting much from that gelding who hasn't fired in three runs on rain-affected tracks: "He may be better later on and when he gets on good tracks," she said.

The John Shelton-trained Bugalugs is out to maintain his excellent record at Grafton when he again takes on Nothingforthepress in Thursday's Open Hcp (1106m).

Bugalugs has finished in the quinella in all six of his Grafton appearances (three wins and three close seconds) and narrowly missed a fourth win when nailed right on the line by the Stephen Lee-trained Nothingforthepress at their last clash over 1200m on February 2.

But the drop back to 1106m and the prospect of a soft track could give Bugalugs the edge this time around.