Col Hodges To Call At Orange, By-Passing 50 Years At Condobolin

For Col Hodges OAM, the long-treasured voice of racing in the Central West, the Condobolin picnics are close to the heart through near five decades of involvement as the traditional picnic circuit enjoys a revival.

And the marvellous veteran is as enthusiastic as ever, with a tinge of regret, as he returns to host a Calcutta and formulate a phantom Cup race call at Condobolin Race Club on Friday night, the prelude to Saturday’s Cup meeting. 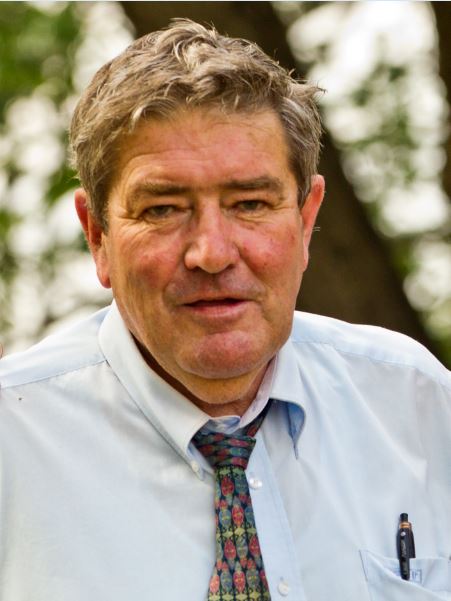 Much-travelled racecaller Col Hodges - will be in action at Orange TAB races this Saturday. Image by Janian McMillan (Racing Photography)

“Those historic picnic meetings are finally returning after all the COVID restrictions - I’d love to call the Cup on Saturday, called it for near 50 years but I’m committed to Saturday’s TAB meeting at Orange,” Col explained.

“But they’ll have a grand day, always have. You know at Bedgerebong last Saturday, 1800 were permitted and tickets were sold out in a couple of hours.

“Michael McCormack, the deputy Prime Minister, presented the Cup trophy; he’s originally from Wagga Wagga, a racing writer and editor of the Advertiser down there.

“I tipped him a loser in the Cup! But for me, it’s as much about being back at those tracks again and seeing all those familiar faces again enjoying themselves,” explained the 30-year shearer who became a racecaller and in 2017 was awarded an OAM for his services to regional racing.

“You know they had 10 bookmakers fielding at Bedgerebong, they’ll get near as many at Condobolin, like the good old days.

“Decent quality horses too. Song One took out the Bedgerebong Cup and On a Promise won another race, a stack of wins between them and some TAB form.

"I see Song One and Sizzleonthebridge are nominated for Condobolin, good horses, up to TAB quality. The bookies held near 100 grand at Bedgerebong. That gives you some idea the extent of the recovery on the picnic circuit.”

And Col, brought up at tiny Gunning Gap in proximity to Bedgerebong, caught up with the new breed of traditional regional racing families."

The new era of Lundholms, Robbs and Stanleys were successful at Bedgerebong: “Known the families for a racing life-time.

Despite his vintage years, Col still drives 30 to 40 thousand kilometres a year to the country meets far and wide.

“You get used to long drives and those old dirt roads, for me they’ve got more character and scenery than the bitumen. No flash car me, just a maintained reliable old unit.

“I’m used to long drives on my own, but you’ve just got to keep alert for the ‘roos’ and wombats early morning and dusk after meetings.” For Col Hodges all of that will be endured for a while yet.

Meanwhile, talented mare Angie Emm will be out to break a frustrating run of nearly seven successive placings in the Epiroc Benchmark 58 Handicap (1000m) at Orange TAB races on Saturday.

Trained by Clint Lundholm at Dubbo, the four-year-old won on debut at Dubbo before finishing placings at Wellington (twice), Coonabarabran, Dubbo (twice) and Narromine before a last start fourth at Dubbo.

In the same race Lundholm has also entered last start Bedgerebong winner My Shiromi, along with Gisela's Crown and Poetic Harmony who have both not raced since November.