Lady Brook ($2.50 favourite on TAB) could stake her claim for a spot in the Wagga qualifier of the Newhaven Park Country Championships on Thursday.

The mare is coming off a three-week racing break in the Class 4 Preview over 1200m and if she happens to perform well enough, a start in the $150,000 Wagga heat on February 20 could be confirmed.

Lady Brook has been placed in two starts at Moonee Valley since winning at the Snake Gully Cup Carnival in November when leading jockey Blaike McDougall was in charge.

The Albury jockey takes over again from barrier two which should allow Lady Brook to either lead or be right on the speed. 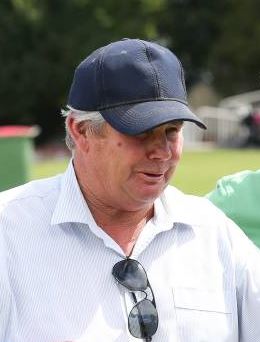 Lady Brook has raced nine times for three wins and four placings – her only unplaced runs coming at Caulfield and Flemington.

Trainer Phil Sweeney said Wagga’s race would determine if the mare lines-up at the same track in 16 days.

While she isn’t coming off an extended racing break, Lady Brook has performed fresh in the past with two wins from as many starts. The preview has added interest with two Victorian-trained gallopers and a Kembla Grange pair in the field of nine.

They will be ineligible to race in the Wagga qualifier, but importantly they will provide a strong test for Wagga galloper Blitzar ($4) which is a certain starter for Wagga.

Trainer Chris Heywood wants to see Blitzar finish off in the same manner as he did when a closing third in his first-up run at Wagga.

It was a change of racing style for Blitzar who normally leads or is right on the speed, but with the 1400m event in mind, the galloper is being taught to settle and finish off his races.

“I’m hoping he does the same thing from a better barrier. He has five extra kilograms this time to carry but he is back from open grade to a Class 4,” Heywood said. “He has had one trial and one run back and is ready to run a big race.”

Heywood only has Blitzar for the Country Championships heat and hopes he can finish in the first two to qualify for the $500,000 Final at Randwick on April 3.

“It’s a big thrill making those finals and I would love to qualify Blitzar. He is right where I want him and I expect him to run well over the extra distance which will suit,” he said.

Heywood’s son Nick will ride Blitzar, but has already been confirmed for Another One in the Wagga qualifier.

Meanwhile, Kembla Grange trainer Teresa Bateup is expecting last start winner Magico Hombre ($6.50) to make his presence felt if he starts at Wagga. He is also entered for a race at Canterbury Park and Bateup is weighing up the best option, but a Wagga start is a possibility.

“He is a very nice horse who won well first-up and I hope to have him back at Wagga for the Guineas in May,” she said.

Fellow Kembla Grange galloper Direct Default ($10) has fired in all starts this campaign with a win, second and a fourth.

Flora Bel ($23) is a Wagga winner and can be relied upon first-up, while Kaipaki ($10) was impressive winning at Wagga two starts ago before failing in Sydney when he over-raced.

The topweight Chipsaredown ($14) could also hit back fresh and has found a suitable race after winning his first two starts this campaign. Another Victorian, Prince Of Helena ($6), is first-up from a spell from the inside barrier and is another of the chances.

A strong line-up will contest the Open Handicap over 1400m where proven galloper Spunlago ($7) features after some strong displays at Wagga. Upper House ($3.30 fav) has continued to race well this preparation winning the Ted Ryder Cup where he defeated Spunlago (third).

Lady Mironton ($5.50) has also been close-up in recent starts and is another of the chances in a race packed with interest. Heywood will have last start winner Landmine ($9.50) up to open grade with 55kg after winning with 61.5kg last start at Wagga.

Micks New Chick ($9.50) won at the same meeting with another contender, Ons Vier ($9), finishing fourth. Heywood said it would be a stronger test for Landmine and he was keen to see how the consistent galloper performed against stronger opposition.

“He won’t know himself with 55 kilograms, but it’s a good quality field,” he said.

The other feature race is the heat of the Rising Star Series (1000m) for apprentice jockeys. Canberra apprentice Billy Owen has had one race ride back since resuming his career and will partner Big Day Out ($3.70 fav).