The Barbara Joseph/Paul & Matt Jones stable is in red-hot form having taken a team of horses to last week’s Sapphire Coast two-day carnival and came away with victories by Mercurial Lad in the Bega Cup, as well as wins by Merc and Room Number. 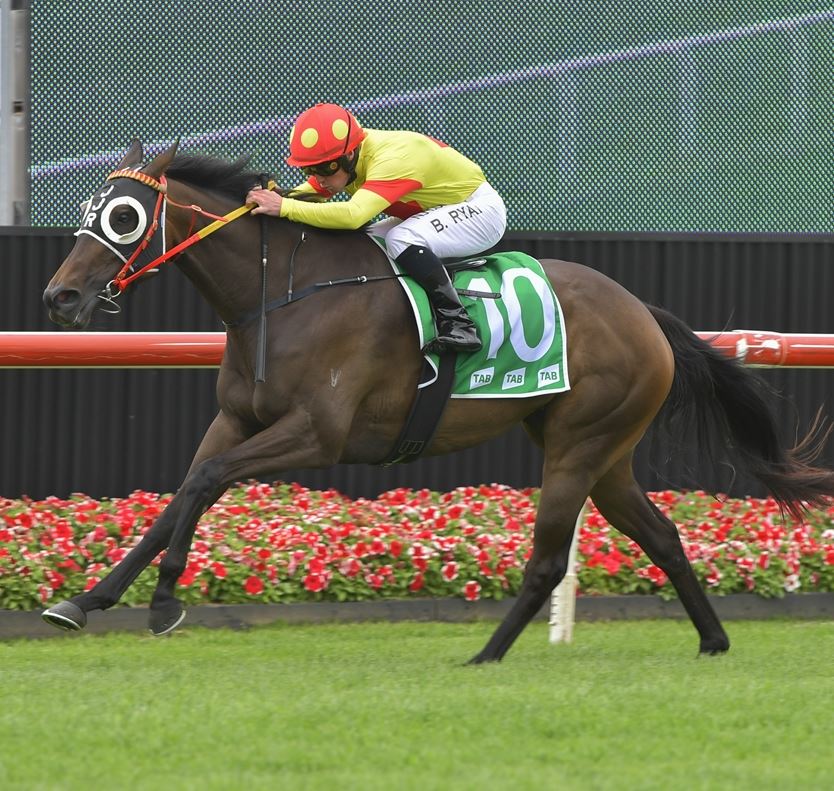 She's All In (Brock Ryan) runs them ragged at Kembla Grange. Image by Bradley Photographers

She’s All In and Nieces and Nephews have benchmark ratings that should ensure they gain a berth in the race, with Zelago hovering around the fringe.

She’s All In was in dashing form during the spring winning races at Queanbeyan and Sapphire Coast, before running third in a TAB Highway at Rosehill Gardens.

The mare then led all the way to win a $75K Highway at Kembla Grange on The Gong Raceday.

“She hasn’t raced since November but had a trial on Friday and is going well,” said Paul Jones.

“She has won first-up before and the trial will clean out the cobwebs. Brock Ryan has indicated he will partner her in the Qualifier.”

Nieces and Nephews was making his first appearance since last year when an excellent fifth to Zardoro at Sapphire Coast last Sunday. The horse put in a tough performance to be beaten just over three lengths after carrying the steadier of 62kg when leading.

“He was taken on in front for the major part of the race with the big weight and was still battling hard at the finish. The horse that pestered him eventually finished a long last, which indicates what a big effort it was.

“He had a good blow after the race and will be primed for the Nowra Qualifier with Patrick Scorse booked for the ride.”

Zelago was having his second run from an 11-week break when a close second to Ilvermory at Goulburn in a strong event containing other Country Championships aspirants, Rothenburg and Leg Work.

“On face value I thought he was a little disappointing, even though he was only beaten a long head,” Jones remarked. “He was there to win at the 100 metres but couldn’t put them away.

“So overall, the run was much better than I first thought as he had spent plenty of petrol. He looks well and is flying – we can only hope he scrapes into the field.”

Paul Weekes, CEO of Shoalhaven Turf Club, said next Sunday’s race meeting is certain to draw a big crowd: “Shoalhaven City Turf Club is excited to be hosting a heat of the Country Championships.

“Following the disappointment of last year when we were rained out and it was transferred to Moruya, this will be the first time that a heat of the Country Championships series will be held here.

“In terms of prizemoney, it will be the biggest race meeting ever held at Nowra with total prizemoney for the day of $370,000.

“The meeting has been heavily promoted both locally and throughout the regions and there will be some exciting on-course activities and promotions for all patrons to enjoy.

“The Country Championships concept is widely acknowledged as the pinnacle of country racing in NSW and our Club is delighted to have been chosen by Racing NSW to be the South East Racing Association’s host venue in 2021.”