There are plenty of reasons trainer Lesley Jeffriess hopes Call Me Brad can continue to race at the peak of his powers in the $35,000 Elders Walcha Cup (1440m) on Friday.

Call Me Brad will rightfully start as one of the favourites in the feature race (currently $4.20 on TAB) over the two-day carnival after reaching a career-best three wins from his past four starts.

The noted front-runner is drawn ideally in barrier one to find the rail and lead again for apprentice jockey Yvette Lewis. 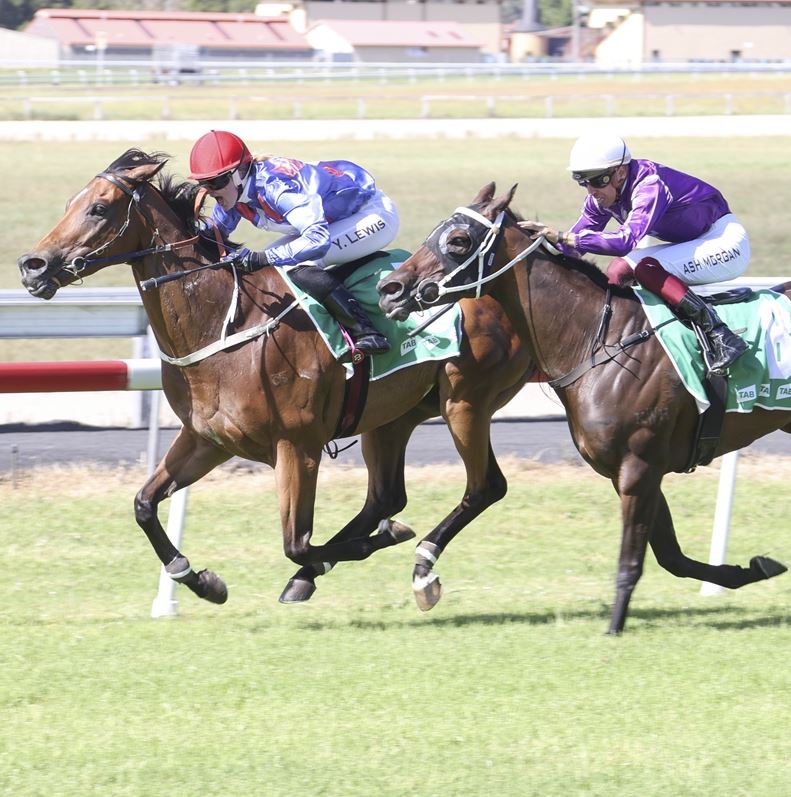 Call Me Brad and Yvette Lewis hold out In Heart's Wake (Ashley Morgan) at Armidale. Image by Bradley Photographers

While recent form and statistics point to Call Me Brad leading and proving difficult to catch especially with the shorter home-straight, Jeffriess knows it won’t be that simple.

“I was tickled pink when he drew one as I thought the extra 40 metres may be a problem.

"This way he can hopefully lead again and prove hard to run down as he has at his past few wins,” she said.

It’s not just the prestige that goes with winning the Walcha Cup, but also the history of the race that has the 67-year-old wishing for the best possible result.

Her father, Merv Corliss, trained the mighty campaigner Akwazoff to win 36 races including the Walcha, Quirindi and Armidale Cups in 1996, and 25 years later, Jeffries would love nothing better than to win her first Walcha Cup.

“It has been a few years since I have had a runner in the Cup. It’s a front-runner’s track and there doesn’t look to be a lot of speed,” she added.

“He doesn’t have to lead, but if he does and is in front on the home turn he will be hard to run down as it is only a short home straight.”

Apprentice jockey Yvette Lewis, who claims 1.5 kilograms and will reduce Call Me Brad’s weight to 57kg, has been aboard in the galloper’s recent wins at Gunnedah (2) and Armidale.

She has been in charge at his past 10 starts and continues to get the job done for Jeffriess and her fellow owners.

Call Me Brad has been with Jeffriess at Tamworth his entire career of 67 starts. The present winning form of Call Me Brad would have you believe he has always been up to the mark, but despite showing potential it took him 14 starts to break his maiden status.

Now in the latter stages of his racing career, Call Me Brad has really found his groove with added maturity and strength.

“In the early days, I tried to stretch him out to 1200 metres and he couldn’t run it,” Jeffriess said. “He won both times at Gunnedah by about 5 lengths over 1250 and 1300 metres then ran really well when fifth in the Inverell Cup over 1400 metres.

“He led again at Armidale last start over 1400 metres and held on to win which was his first success at the distance. He drops in weight from that win and has the inside gate which is important.”

With winning comes added confidence and Jeffriess is sure Call Me Brad has that ingredient in abundance at the present time.

“I’m sure horses grow in confidence when they win,” she suggested. “Call Me Brad has never raced better.

"This will be another tough test, but he has a good weight and the right draw to lead and prove hard to catch.”

It’s not only the Walcha Cup that has attracted a strong field of 12 plus two emergencies, but also the other main support races.

Day two of the carnival on Saturday will see five races conducted on a track that is presently rated as a good four.