Never Mind The Seafood - There's Winners To Be Found At Tuncurry

The oysters may be in short supply at Tuncurry next Saturday, but the prawns and a local winner or two will more than compensate.

Tuncurry-Forster Jockey Club president, Garry McQuillan, is doing his utmost to ensure everyone is well fed and watered at their annual Seafood Raceday. 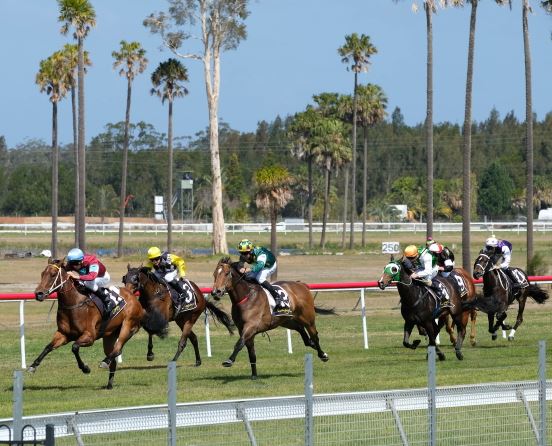 “You wouldn’t believe the amount of rain we’ve had,” McQuillan said.

“The rain closed the lake and the oysters can’t be harvested – even so, our supplier said he will try and source some oysters for us for Saturday.

“We’ll still have plenty of prawns and prawn rolls as well as our signature BBQ fish rolls.

“Hopefully the rain has gone and the sun shines for the remainder of the week and we’ll be fine; there is already a fantastic number of bookings.

“And we have some great sponsors for the meeting with Tuncurry Beach Bowling Club, Forster Bowling Club, Hawkesbury Jockey Club and Hotel Forster helping out.

“There’ll be free buses running from Black Head, Smith Lake and around Tuncurry and Forster.”

“She had no luck whatsoever at Kempsey [finished fifth] when she ran into the back of them and went to the line pretty much untested.

“Then last start here she drew wide and had to do plenty of work out from the 600 metres but kept coming.

“It was a tidy effort and she really hit the line over the final 50 metres. She’s flying and won’t be far away from them I’m sure, although we will see the best of her over 1200m or 1300m.”

Evans has entered More to Come and Twilight Sun for the same event: “More to Come has not started since September and has only had five starts for me.

“She won at Port [Macquarie] in July then was then unplaced four times, but I’m sure she will be in for a much better preparation this time.

“Twilight Sun has had seven starts but this will be his first run for me and is a bit of a project. He’s had some issues but is coming along nicely.”

Moonwinkle will be lining up in the Forster Bowling Club Maiden (1400m): “She’s also resuming and hasn’t started since last May but is going really well and I’m happy with her condition. Look out she doesn’t run a bold race fresh.”

“He’s unraced and is a big baby. He came out of the gates slowly in his first trial and worked home OK. He’ll be wanting to get over more ground in time but looks to have ability.”