It may have taken 15 starts to break her maiden status but there is much more to the story behind the talented Sparky Girl.

The filly sizzled home to win a 1200m maiden at Newcastle last start, coming from a seemingly hopeless position to win running away. 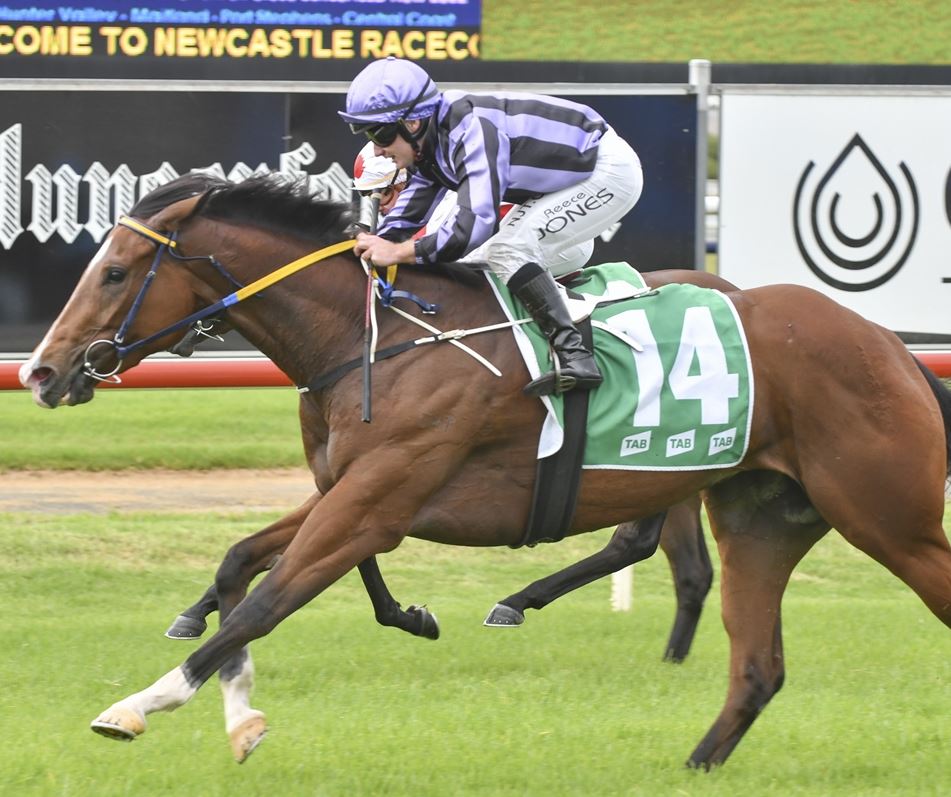 “She had broken 33 seconds for her final 600 metres at her previous two starts but was a mile back and gave them too big a start,” said owner David Parker.

“They rarely run those sorts of sectionals but now she’s broken through, she can go on with it.”

Sparky Girl will be stepping out in the Two Rivers Wines Class 1 Handicap (1280m) at Muswellbrook on Tuesday and in-form apprentice Reece Jones will be aboard.

“She wasn’t broken in properly and her first six starts were a waste of time,” Parker explained.

“She went up to Luke Morgan at Tamworth and he worked wonders on her – she came back a different filly.

“She kept learning and has furnished into a pretty smart racehorse.”

A retired accountant, Parker has been breeding horses for 50 years and revealed Sparky Girl is among six generations of horses he has bred.

He added Sparky Girl is a great grandam of Hot ‘N’ Breezy who produced the outstanding Hot Danish, a $3.2 million winner and an incredible 13-time Stakes winner.

“I bred and sold Hot Danish and I was always cheering the mare every time she went around. Before Winx came along I’m pretty sure she held the record for the greatest number of Stakes wins in Australia.”

“He’s actually one generation closer in breeding to Hot Danish, being a grandson of Hot ‘N’ Breezy. He was impressive winning his first start at Muswellbrook and we received an offer for him straight away but declined.

“We took him up to the Wellington Boot and he struck a bog track, finished fourth, and it obviously took a lot out of him as he ran last at his next two starts. He hasn’t raced since August, but he is going much better now and we’re expecting a vastly improved effort at Muswellbrook on Tuesday.”

Pee Dee is named after a sprawling, picturesque property just out of Bellbrook, west of Kempsey on the mid-north coast of New South Wales: “The owner was Paddy O’Sullivan and I did some work for him. He owned about 50 racehorses and it sparked my interest in them.”