Albury trainer Gordon Yorke believes the ‘new and improved’ version of recent acquisition Wyangle can crack the Ted Ryder Prelude/Cup double that has eluded many over the years.

Wyangle powered to victory in the Ted Ryder Prelude at the Wagga-Riverside course on December 7 and will be lining up in the $32,000 Jeagers Event Hire Ted Ryder Cup (1600m) at Wagga on Christmas Eve. 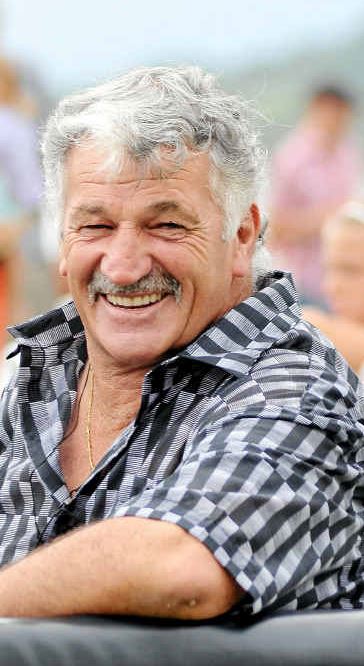 Cha Cha King won the Prelude in 2017 before third to Mercurial Lad in the Cup, and a year later Class Clown took out the Prelude before he was runner-up to Spunlago in the Cup.

Wyangle won last year’s Prelude but could only finish fifth to Spunlago who made it successive Ted Ryder Cup wins.

Previously trained in Victoria, Yorke has only had Wyangle for two starts and the seven-year-old is thriving under his care.

“He’s pleased me since and I don’t think I’ve got to the bottom of him just yet,” Yorke admitted.

“He looks magnificent at the moment and I believe there’s even more to come.”

The gelding resumed from a six-month break when second at Wodonga before his decisive win in the Prelude.

Franking the form was the runner-up Royal Thunder who then ventured to Canberra to win a TAB Federal when heavily supported.

“He was a bit stiff first-up at Wodonga then he was always going to win the Prelude; it was a nice win,” Yorke said.

“Second-up over 1660 metres was a big ask but he did the job and the Wagga track should be in great condition as there’s been rain, but not too much.

“Although I’ve had to secure a new rider in John Kissick, as my regular [Brodie Loy] has been suspended.”

Murrumbidgee Turf Club’s CEO, Steven Keene, said the Ted Ryder Cup is historically a great race: “Spunlago has taken out this race for the past two years and was the 2020 Albury Gold Cup winner.

“The track is coming off our annual renovations and will be in A1 condition for next Thursday’s program.

“Being the only thoroughbred race meeting in Australia on this day, we look forward to showcasing our facilities and having great fields.”

Gordon Yorke said he will also be starting Faramondo, Bell’s Innocent and Gusonic at Wagga on Thursday.

Faramondo, a nine-year-old, has only had two starts for Yorke and he said the horse was unlucky last time out at Wodonga when placed second.

“Bell’s Innocent is another that has only raced twice for me and won quite impressively at Wodonga.

“Gusonic has just had one start and he was very green and should have won. He will take plenty of improvement from that performance.”