Promising four-year-old Oamanikka will earn a short break in preparation for a Country Championships campaign after he tackles a Benchmark 66 Hcp (1175m) at Albury on Saturday.

Trained at Albury by Donna Scott, Oamanikka has had a freshen-up since his last-start win in a Class 2 over 1400m at Corowa on November 2 and the trainer expects him to be very competitive over the shorter trip on Saturday.

"I just wanted to try and win another race with him before he has another break to get his rating up with the Country Championships in mind," said Scott. "He has a 64 rating at the moment, but another win wouldn't hurt. 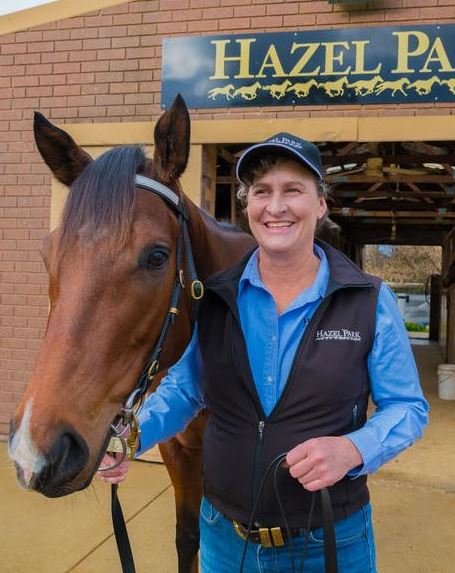 "He's nice and fresh for this race on Saturday so I don't think the drop back to 1175m will be any problem. I horse like Chipsaredown has a recent Moonee Valley win to his credit, so you have to respect that form, but I think he'll (Oamanikka) be in this race right up to his eyes.

Scott also has Country Championships aspirations for recent Wagga winner Le Sante who will also earn a short break after he runs at Corowa on December 28.

"I've also got Bautista in mind for the Country Championships but he's probably a tad below the other two," said Scott.

Scott knows what it takes to get to the Country Championships final at Randwick in April as her former good mare Bennelong Dancer ran in each of the past three, finishing fourth at $201 behind Victorem in 2018, third to Noble Boy in 2019 and 13th behind Gracie Belle on a heavy track this year.

"She did a great job to line up in three straight finals and she's now in foal to Lonhro, so that's something we have to look forward to in the future," said Scott.

Oamanikka has already compiled a tidy record since making his debut in July, winning three races and being placed another three times from just seven starts. And his record could have been even better but he did strike heavy 8 and heavy 10 tracks in some of his defeats while he is unbeaten in two runs on good surfaces.

"He didn't race until he was almost four as we had to give him a bit of extra time after a paddock incident when he galloped on himself, but that may have been a blessing in disguise and allowed him to mature a bit more before he raced," said the trainer.

Scott's apprentice daughter Danielle Scott has had a close association with Oaminikka, riding him in six of his seven starts, but retired from riding last month and the in-form Blaike McDougall takes over on Saturday.

Oamanikka gave Danielle her last winner when he won last start at Corowa. Danielle is now working at the family's Hazel Park Racing operation (adjacent to the Albury racecourse) as racing manager and in accounts.

"Danielle is the mother of two girls and riding was just becoming a bit too hard, so she decided it was time to retire," said Scott. "But she is working here at Hazel Park and will also be riding trackwork."

Donna Scott also has Supplyzing lining up alongside Oamanikka in Saturday's race and said the seven-year-old was more than capable of causing a surprise if he puts his mind on the job.

"He's a quirky horse but if he turns up on the day he could beat them all," she said. "He's also had a nice freshen-up since his last run (on November 2) and his recent work has been very good. And he'll definitely appreciate a good track on Saturday."

Blaike McDougall has been in brilliant form of late, already notching 11 winners this month following trebles at Mudgee (December 4), Albury (December 5), and Nowra (December 6) and a double at Wagga last Monday.

He has another good book of rides at Saturday's meeting, including three rides for the Tom Dabernig-Ben Hayes stable - Rasmussen in the Maiden Hcp (1500m), Kotys in the Maiden Plate (1175m) and Exporter in the Benchmark 58 Hcp (900m). McDougall rode two winners for that stable at Albury last Saturday.

McDougall also rides Halo Warrior for Donna Scott in the Class 1 Hcp over 1175m and the trainer thinks the four-year-old can race well first-up. Halo Warrior is having his first run for Scott after doing his previous racing for Wodonga trainer Craig Widdison.

McDougall has ridden him in his two recent barrier trials, a fourth in an Albury trial over 900m on November 6 and a second in a Wagga 1000m trial on November 23 when he looked to have plenty in reserve.

"I like him as a horse and his two trials for me have been good, so hopefully he'll race well first-up on Saturday," said Scott.