Top local trainer Danny Williams will be a surprise spectator at next Friday’s Fred Cooper Raceday at Goulburn.

“We won’t have a runner,” Williams admitted. “We’ve turned most of our horses out to the paddock for eight to ten weeks over the Christmas break as we’re a bit short-staffed. Although I’ll probably go over and watch.” 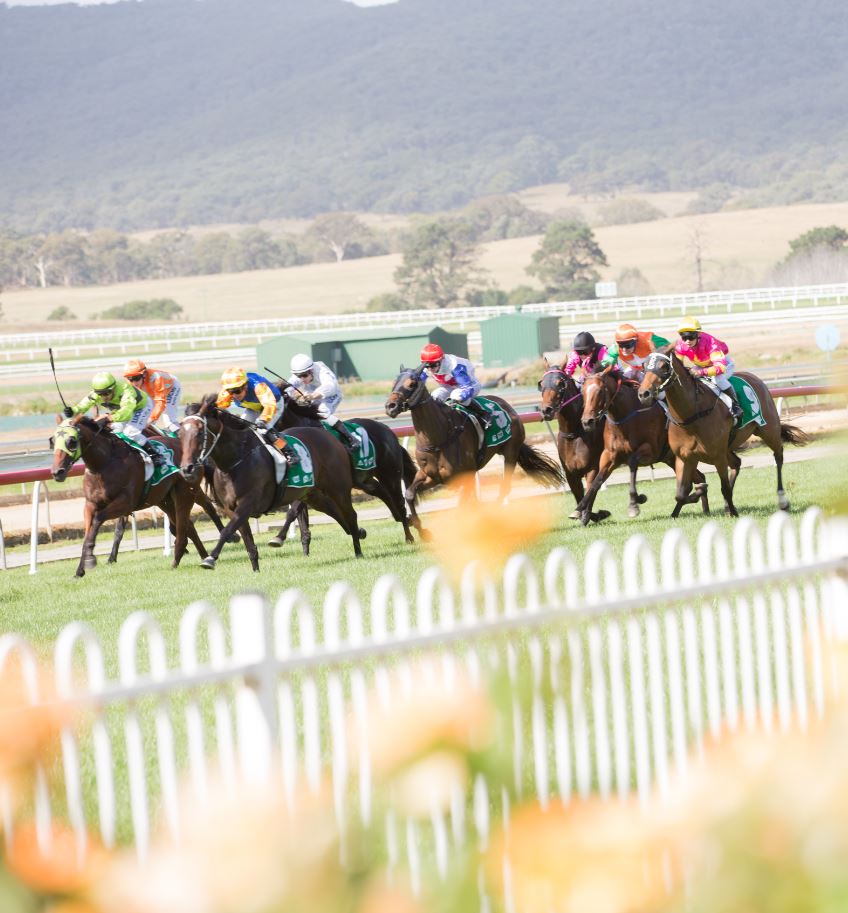 The racing action is at Goulburn this Friday

Friday’s race meeting is the final one for 2020 hosted by Goulburn Race Club.

“Due to the impact of last summer’s bushfires we couldn't proceed with this meeting in 2019,” said GRC’s CEO, Robyn Fife.

“Next Friday we are looking forward to honouring one of our club’s great contributors in Fred Cooper in better style this time around.

“The course is in fantastic shape due to spring rain with the feature race the [$27,000] Fred Cooper Cup over 1600-metres.

“This will be the 11th edition of the race that honours Fred who was one of Goulburn Race Club’s most tireless contributors over many years.”

Cooper held many roles at GRC including the president, director, and being tagged ‘Lord of the Lawnmower.’ He was also awarded the first-ever Simon Nivison Special Achievement Award for service to NSW Country Racing in 1999/2000.

Nominations for the Goulburn meeting close at 11am tomorrow and along with the Fred Cooper Cup, next Friday’s program includes a heat of the Rising Star Series for apprentices; a $22,000 Class 1 event over 1400m.

Louise Day leads the Series on nine points after three heats, having scored in the opener on favourite Ruddock at Gosford. Day then picked up two points at Warwick Farm last Wednesday when fourth on Turnstyle.

Chris Williams won the race aboard the heavily backed favourite Ulysses, after tracking the leaders to the home bend then having the horse ready to pounce before drawing clear for an easy win.

Williams shares second spot in the point score on seven points with Kembla Grange-based apprentice Madison Waters who was successful on Who Told Ya on the Wagga Riverside course last Monday.

Williams has the chance to grab an outright lead when he pilots The Poet for Mudgee trainer David J. Smith in the fourth heat, the Angullong Class 1 Handicap (1400m) at Orange tomorrow. The Poet is in good form having been runner-up to Saturn at the same course on November 20 and two starts earlier scored at Coonamble.

A similar opportunity is available for another Kembla apprentice, Jess Del Frari who will partner Parkes gelding Thee Jenner for trainer Sharon Jeffries. Del Frari picked up five points on Honeysuckle Choice when the mare was runner-up to Who Told Ya at Wagga.