In-form Port Macquarie galloper Mister Smartee didn't beat a runner home in last year's Sawtell Cup but trainer Tas Morton is confident the in-form galloper will be a serious contender when he returns for this year's editon at Coffs Harbour on Thursday.

The $35,000 Sawtell RSL Sawtell Cup (1500m) was to have been run in July but that meeting was washed out and the race rescheduled for Thursday. 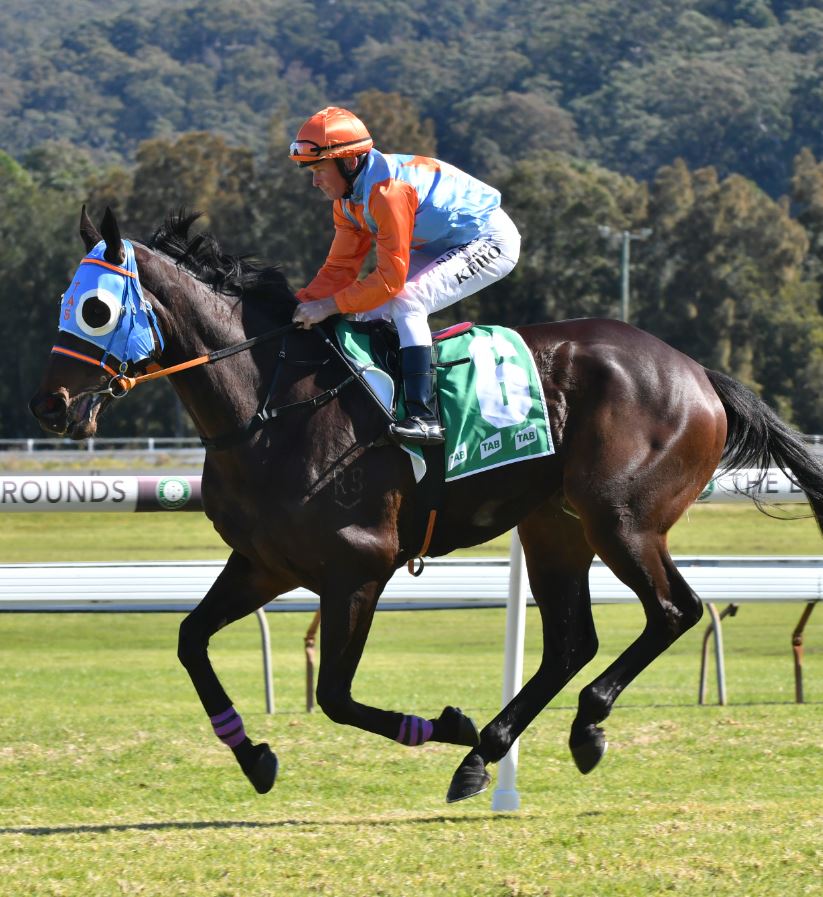 Morton said Mister Smartee's performance in last year's Sawtell Cup was a 'forget run' as he went out hard in the lead for jockey Rachael Murray and was a spent force in the straight.

"It would be great if he comes up with a 'last to first' turnaround in this year's race," said Morton.

"And I think he'll run very well. He's been racing in very good form - his Kempsey Cup win was very good, and he's done well since his last run (at Port Macquarie on November 24).

"He goes into Thursday's race as well as I can get him. As long as he gets some luck in running, I'm sure he'll run well."

Jockey Jeff Penza goes aboard Mister Smartee in Thursday's race, replacing Luke Rolls who has partnered the gelding at his past three starts.: "Luke was double-booked, so I've gone with Jeff who is having his first ride on Mister Smartee," said the trainer.

Morton will be jousting with his best mate, fellow Port Macquarie trainer John Sprague, in this year's Sawtell Cup. Sprague has equal favourite Chamisal and outsider Dew Drop lining up in the race, and Morton rates Chamisal as clearly one of the hardest to beat.

"Chamisal beat us a lip at Taree (three runs back on October 16), then I beat him in the Kempsey Cup (November 6) and last start the horses clashed again at Port Macquarie (November 24) with Chamisal second and my bloke close up in fouth," said Morton.

"I told Johnny the other day, it's my turn again on Thursday but if I can't win the race, I hope Johnny does."

Morton also expects his only other runner at Coffs Harbour on Thursday - Stonecold Flex in the final race - to run an improved race.

Stonecold Flex, who has finished just behind the placegetters in his two recent runs at Port Macquarie over 1200m, steps up to the 1300m of Thursday's Class 1 Hcp.

"I've put the blinkers on him on Thursday which should sharpen him up and third-up stepping up to 1300m I think he'll run a much-improved race," said Morton.

Taree trainer Ross Stitt can add to his imposing record in the Sawtell Cup if outsider Editors can take out this year's race. Stitt has made the Sawtell Cup virtually his own in the past decade with five wins in the race since 2011.

His Sawtell Cup winners are Southern Shimmer (2011), three-time winner Single Spirit (2013, 2014 & 2016) and Shazza's Bubbles (2015). Single Spirit went close to winning another Sawtell Cup in 2017 but had to be content with second place behind Barry Ratcliff's Malleable.

Editors, who finished fifth in last year's Sawtell Cup as the $4.80 favourite, has been thereabouts of late, including a good third to Chamisal and Mister Smartee in the Krambach Cup at Taree three runs back and a 5.6-length fifth to Mister Smartee two runs back in the Kempsey Cup.

Obvious omen tip Sawtell, trained at Coffs Harbour by Brett Dodson, is having another crack at the race after running second to Gold Coast galloper Bodega Negra in last year's event.

Port Macquarie trainer Jenny Graham could take a strong hand in the early races on Thursday's eight-event card with her only two runners likely to both start short-priced favourites.

First-starter Schiller Bay, a three-year-old gelding by Artie Schiller, looks likely to make his debut in either the 3YO Maiden Plate (1200m) although he is also an acceptor in the 1400m Maiden Plate. Schiller Bay has won his only two barrier trials at Port Macquarie on November 12 and November 24 in good fashion.

Graham also has Nicci Trix tackling the Class 2 Plate (1000m) and she will take beating at her second run back from a spell. The filly just faded late when she resumed over 1200m at Port Macquarie on November 12.