Tuncurry Boss Dares To Dream Ahead Of Monday's Meeting

Staging a Country Championships Qualifier would fulfill a dream for Garry McQuillan, the hard-working president of Forster-Tuncurry Jockey Club.

McQuillan spoke on the eve of the Club’s Christmas Party Raceday on Monday, an excellent seven-race card with large fields throughout the afternoon. 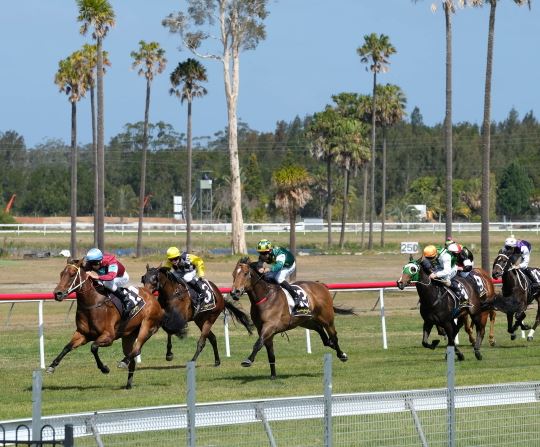 “Without a doubt being offered to run a heat of the Country Championships would be fantastic; it’s something we’ve been working on for a couple of years,” McQuillan said.

“The track is in great order and we’re gradually getting there with COVID restrictions.

“We were only allowed to accommodate 500 people, but we should have that up to a crowd of around 700 on Monday.

“I’ve been talking with our licensing sergeant and he’s happy with what’s in place.

“We’ve erected 23 gazebos on top of the ridge with little picket fences that will give fantastic views of the course.

“This is courtesy of part of the Racing NSW funds they granted us to take up ownership of the racecourse.”

Racing NSW’s CEO, Peter V’landys AM commented on Big Sports Breakfast radio: “The Tuncurry Club turned a block of land into a fantastic racecourse running TAB races and one that is capable of eventually holding a Country Championships Qualifier.

“The Club is a perfect case study that shows putting in the hard yards gets results and it’s all through the work of Garry McQuillan and his team of volunteers.”

One of tomorrow’s features is the $22,000 Forster Bowling Club Class 2 Handicap over 1600m with a strong line-up.

Vol Au Vent fought off several challenges down the straight to win over 1600m at Dubbo making it two wins from her past three starts, having scored at Gunnedah [1400m] two runs earlier

“Our 1600-metre start is one of the best in the country – horses have a 600-metre uninterrupted run to the first turn,” McQuillan explained.

“We are looking at a ‘Country Coast Mile’ race teaming up with Tamworth Jockey Club.

“They’re not committed to anything but we’re hopeful they will spruik our race meetings and pop up for a meeting when they can,” McQuillan said.