Look out Mudgee – Team Joseph/Jones is preparing to invade on Friday!

The training team consisting of matriarch Barbara Joseph and her sons Paul and Matt Jones will be making the five-hour trip from their Canberra base with a squad of at least three runners.

“We’re all coming to Mudgee Cup Day,” revealed Paul Jones. “Mum and Peter [Joseph] will be heading up in their caravan.

“Matt will be driving the truck with the horses and I’ll be tagging behind in my car. It will be a family invasion!” 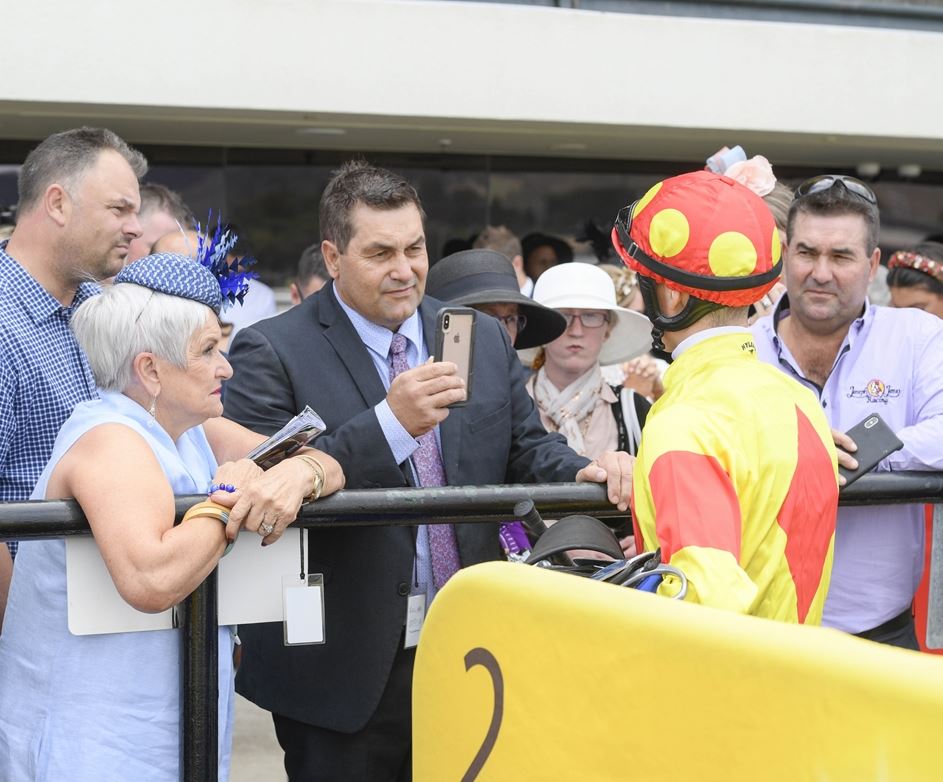 The Joseph/Jones stable will be represented by Mookareena in Friday’s feature, the $75,000 Robert Oatley Vineyards Mudgee Showcase Cup (1600m).

The mare won two straight at Kembla Grange and Canberra before a last start seventh to Balonne at Canberra.

“She worked very hard from out wide at the start and couldn’t get in, so the rider had to make a great deal of use to get up and sit outside the leader,” Jones said.

“They ran blazing sectionals and she was still in front at the 150 metres; she had to get tired, but it was a big run.

“Even though she hasn’t won over 1600m, I’m not too worried as she was placed in the Wagga Guineas over that journey and should have nearly won.

“The way Mudgee plays it should suit her racing pattern. If she draws OK, she should be able to sit just behind the pace.”

“Not sure if In My Wallet will get a run – both she and Belleistic Lad are entered for Sapphire Coast on Monday so we’ll see, but the others will definitely be going to Mudgee.”

Nieces and Nephews showed plenty of promise last time in work and resumes after a five-month spell.

“He’s enjoyed a nice break and has done a lot of work; he won’t be underdone on the score of fitness and we expect him to perform well,” Jones said.

One Aye is a promising filly who improved sharply on her only start back in May, with an outstanding effort to finish fourth during the Snake Gully Cup Carnival at Gundagai.

“We train her for a group that includes Max Whitby and they were very keen for us to head to Mudgee as they’ll be there.

“Her run last time was massive. She was forced wide approaching the home turn and took a while to get balanced but once she did, she motored home and was going home better than any other runner.

“She really wanted to get on with it at the finish and has done extremely well since.”

Paul Jones said in-form jockey Blaike McDougall will do the bulk of the riding for the stable.

“There’ll be a Calcutta at the Ori [Oriental Hotel] on Thursday night and then on Friday morning, Sky Racing Radio’s Big Sports Breakfast will be broadcasting live from the track,” Mrs Walker said.

“The whole team of Michael Clark, Laurie Daley, Dave Stanley and Channel 9’s Danika Mason (Channel 9) will be doing the show live and they are all going to stay on for raceday.

“It should be a fantastic couple of days in Mudgee!”

Both Mudgee on Friday and Nowra Cup Day next Sunday are Racing NSW Country Showcase meetings.