The historic Queanbeyan Cup on Sunday sees the in-form neighbouring ACT Nick Olive stable near a 'good thing' to upstage the locals and complete a regional Cups double in the TAB $35,000 feature with Pecuniary Interest.

And punters won’t get a stronger jockey push than Blaike McDougall who is in a rich vein of form with seven winners at the Gundagai Snake Gully Cup carnival, including five on the one day and a full book again on an eight-race program. 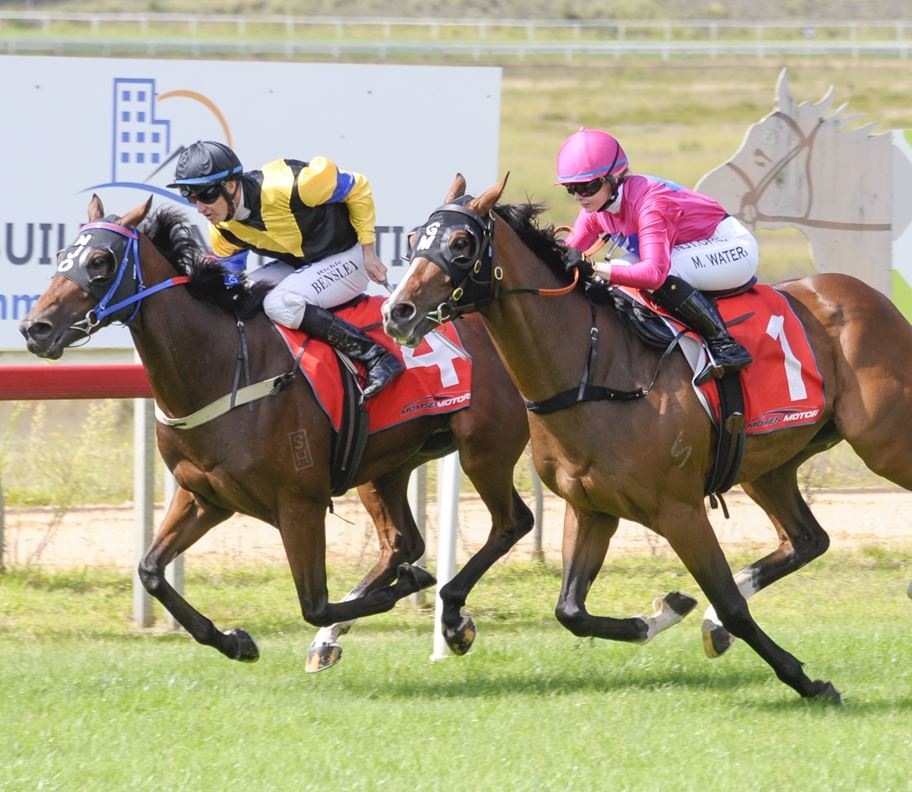 Pecuniary Interest ($2.30 favourite on TAB), is near a weighted certainty to win the Walsh's Hotel 2000m feature after taking out the recent Bathurst Cup with Ellen Hennessy.

Olive - of Group One-winning Single Gaze fame - has renewed the successful combination back in grade from Sydney defeats in far tougher grade.

The Irish lightweight won both the senior and apprentice’s riding premiership at Queanbeyan last season, and has won three times on Pecuniary Interest who carries a luxury 57.5kg after a 1.5kg claim and carrying near 60kg in recent assignments.

The Excelebration four-year-old gelding is a pronounced favourite on the strength of five wins from 12 starts and proven at the distance.

Olive also has other lives chances in Proud Mia ($1.50 fav) to be ridden by McDougall in the opening event, and Polar Star ($9.50) in the last, while Olive is yet to make a decision of starting Watch Me Sizzle ($9) who has drawn the outside in the race seven.

Pecuniary Interest surprisingly is opposed by just six runners in the Cup.

“Back in grade and weighted, we’ve got to be really hard to beat. He’s held his form and condition, won over the track and distance and the betting tells you that,” Olive assessed.

“Ellen knows the best way to ride him and while I haven’t gone into the speed map just, yet, we’ll be looking to take a sit.

"He’s just so genuine and with the claim he’s weighted only a couple of kilos above the limit.

"But look, if there’s one slight concern, it’s he’s coming to the end of his prep. But I’m happy with him, been just super this time in. His only misses have been in solid city form races and he was racing well enough to take to town.”

Olive is also upbeat with Proud Mia and has the right man on in McDougall: “Yes, incredible; I mean five winners in a day and then a double - he's riding superbly.

“There’s some decent form in a small field, but she’s a filly with a turn of foot, she’s drawn the rails and they only got her late her past couple.

“Polar Star was a little disappointing last start but we’ve given him a freshen and his previous form was good enough where we’ve placed him here.”

Typically Frank and Joe Cleary - multiple Cup winners over the years - have strong chances throughout the program: “We’ve all got our work cut out to beat Pecuniary Interest at the weights in the Cup, short and deserves to be,” Joe said.”

At present Queanbeyan is rated a good 4 track in fine conditions.