Penny Has Dropped For 'Slow Learner' At Sapphire Coast (Thurs)

Promising three-year-old Astrobleme chases his third win from his past four starts at the Sapphire Coast on Thursday and trainer Norm Gardner believes the “slow learner” can continue his hot form.

Astrobleme hasn’t raced for three weeks and will go in fresh to the Class 2 (1600m) – a distance his trainer believes will suit.

“He won last start on a heavy track over the same distance at Canberra,” Gardner said. 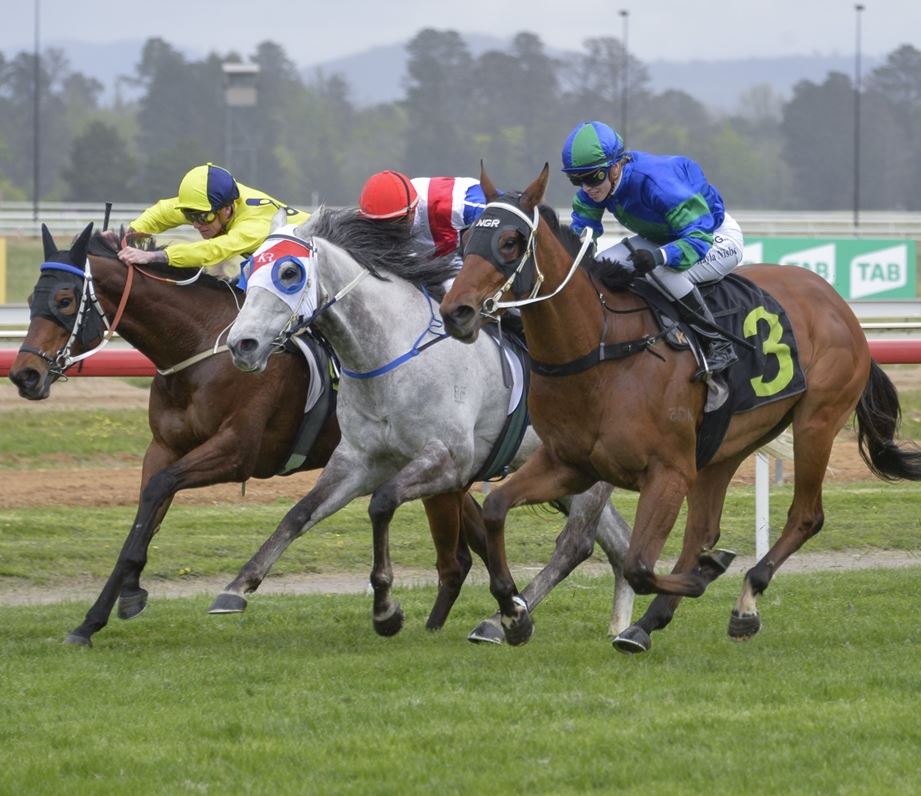 “Stepping him up to 1600 metres has been a bonus and it opens up more options for the horses when they can get a bit of distance.

“He is improving all of the time and I think he will be hard to beat again.”

Astrobleme took a few starts to find his best and Gardner feels with the benefit of maturity, racing and more distance he has come into his own.

Gardner bred Astrobleme and owns the majority of the gelding after being unable to syndicate as much of the horse as he wanted.

“He always showed a lot of ability, but had no idea what he was doing,” he suggested.

“His first run back at Moruya was first class then he won at Wagga at big odds ($21) and I thought he was the better of my two chances and the stablemate started favourite and finished third.

“I think with more development he can be a pretty handy horse, but after this race he will have a break and hopefully he can come back a bit better.”

Astrobleme will be ridden by Kayla Nisbet who has been in charge in his two wins and knows how to best ride the lightly raced galloper.

Gardner said it was important Astrobleme was allowed to settle and work into the finish otherwise he tended to switch off if he reached the front too close to the finish line.” “He needs to find his feet and balance up then finish over the top of them – hopefully,” he said.

The accomplished trainer will also have La Valkyrie starting while there is a doubt over Miss Brussels racing after she drew wide. Gardner feels La Valkyrie – a five start maiden – can produce an improved run after finishing fourth at her past two starts.

“She has had her problems and is still learning, but is a good chance if she runs up to her past couple of starts,” he said. “She is a full sister to Le Cavalier who was a good horse to me for many years.”

While she is yet to open her winning account, La Valkyrie needs to break through to keep the family record intact. Older sibling, Le Cavalier, was a mainstay of the Gardner stable racing 88 times for nine wins, 28 placings and over $270,000.

“I would like another one as good as he was for us,” Gardner said. “I have a half relation to Astrobleme at the moment and there are always foals and yearlings coming through.”

Meanwhile, housebound trainer Scott Collings will take a keen interest from the lounge room when Indicators On and Ameares race for him. Collings fractured his ankle in a recent trackwork incident and will be out of action for at least a few more weeks.

“The speed will be on which will suit him. He was unlucky last start and should run well,” he said. “Ameares has won two races at the Sapphire Coast and I expect her to improve even though she hasn’t been at her best.”