It is a raceday that will forever be cast in the memory of Scott Spackman and on the anniversary of that occasion the trainer hopes to break through for an overdue victory.

Spackman will saddle up four starters at Wagga on Saturday – a raceday that coincides with The TAB Everest and one special day the trainer will never forget. 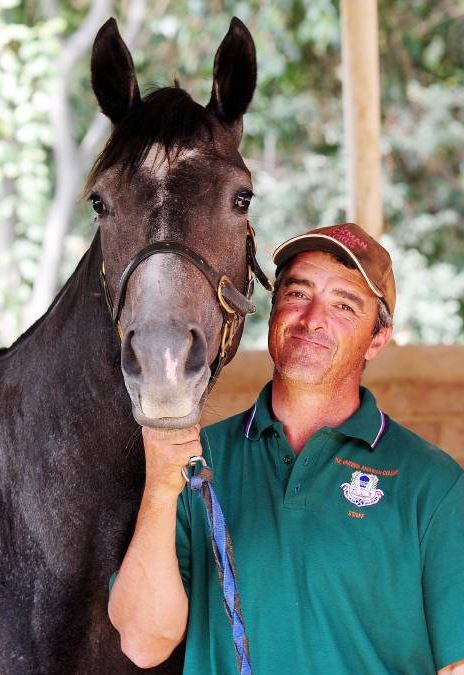 For country trainers, the little brother race 'The Kosciuszko' is the pinnacle and Spackman had the thrill of a lifetime watching his mare O’ So Hazy not only compete but lead the field into the straight two years ago.

“It was the inaugural race and I have never seen a race day like it,” he said. “She gave us a big thrill just to make the field then to lead until the 300 metres was something I will never forget.”

Time moves on, and Spackman will watch Sydney’s big day from afar, but will be kept on the go with four hopefuls at home He will start Tocatchacod, Alise, Rockopal and possibly Queen Street Boss who is also an acceptor at Narromine on Saturday.

Spackman feels with a bit of luck, he can break through for a win especially with Tocatchacod which has finished second at his past two starts. One of those placings was behind Saturday’s Randwick Highway contender, Mr Moppett, the other to Oamanikka which he faces again in the Class 2 (1200m).

The consistent Oamanikka has drawn the extreme outside barrier, while Tocatchacod is ideally drawn in close.

“I have always had a good opinion of him. From the ideal draw he should only need a bit of luck at a vital stage to prove hard to beat,” he suggested.

“He is the unluckiest horse I have in work. He won three starts back at Leeton and then had heavy tracks at the two runs he was unplaced in. Back to a firmer surface will suit him from a nice draw.”

Spackman has been training for several years with Tocatchacod’s owner, Noel Penfold, his main owner. The pair has experienced some wonderful moments and any win these days is celebrated especially as country racing is so competitive.

“It’s tough to win races with so many strong stables racing in the country and hopefully we can have a winner,” he said.

Impressive debut winner, Ahead Start, will be strongly favoured against Tocatchacod while Mad As Zariz, Oamanikka and All In War have all been in the finish in recent starts.

Last start winner, My Solaki is another with a winning chance in the most even event on the seven-race program.

Meanwhile, Spackman’s other contenders are all searching for their initial career wins. Rockopal is close to breaking through after finishing second and fourth at her past two starts for the Cheshire family.

“Queen Street Boss is well placed at Narromine, but may stay and race at Wagga.”