Cahill Keeps It All In The Family At Queanbeyan (Tuesday)

There are extra significance and sentiment riding with Mathew Cahill amidst a typical full-book at Tuesday’s Queanbeyan TAB meeting.

The accomplished regional rider has two mounts for co-owners and breeders, his hobby training sister Kathryn, a TAFE teacher, and their 89-year-old family matriarch, Margaret. 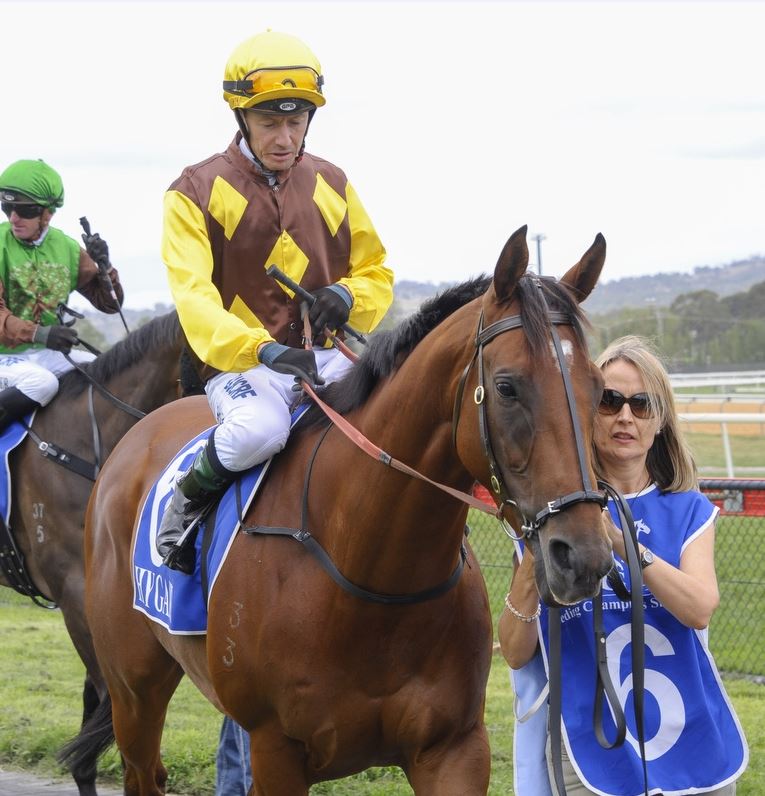 Lightly-raced Gobelin and Dictation are outsiders in respective races at the popular southern track but have won three races between them for the life-long family racing concern.

“Our family is based at Cowra, Mathew rides trackwork for me, I ride slow work - I only train these two as a hobby as I’m a full-time TAFE teacher but the important thing is it’s an interest for mum,” Kathryn explained.

“Mum doesn’t go to the track these days, but she’s still really keen watching Sky Racing. It was a big thrill when she won a race with Dictation.

“I only took out a licence when Dad retired so Mum and I could stay involved. We breed and buy the occasional one.

“I’ve got these two racing and a couple of young ones for down the track - a nice yearling and a weanling.”

So any extra pressure on Cahill, the Albury Cup winner who rode 56 winners last season and has continued the momentum as one of the most successful regional jockeys with 15 so far in the new season?

“Not really - we all work in well together,” Kathryn chuckled. A positive for the family outsiders is that Gobelin and Dictation are drawn inside on the tight, turning track.

Gobelin, a four-year-old Dawn Approach (Ire) mare, indicated promise winning an Orange maiden at her third race start in March and was then sent for a lengthy spell before a resuming with a modest trial at Dubbo a month ago.

“We turned her out after she won a maiden because the breed is better with maturity and age,” Kathryn said. “Dictation has been a consistent mare (two wins, eight placings) and she’s getting out to a more suitable distance range. “

Elder brother Mathew has his best prospects in the final two races with Todd Smart’s Hallo Poppet and in the last with the Fraser-trained I call Junee Home.

The stables to follow are invariably Joe Cleary and his father Frank with form and numbers from the multiple local premiership winners.

At present Queanbeyan is a soft 5 rating in fine weather with a sunny 24 degrees forecast for raceday.