Wayward 5yo Out To Maintain Unbeaten Record At Grafton

Trainer Shane Everson is hoping he sees a much more relaxed galloper when his impressive debut winner Moringa's Amordoro ($8.50 on TAB) lines up for his second race start on his home track at Grafton on Tuesday.

The five-year-old El Nino gelding finally made his racing debut at Grafton on August 31 when, despite racing very greenly, he proved far too good for the $1.30 favourite Sagacious in a 1006m maiden. Sagacious added merit to that performance by winning at Port Macquarie on Sunday. 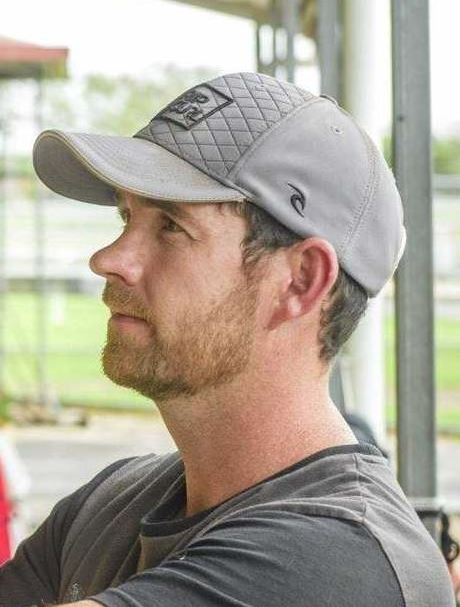 It hasn't been an easy path to get Moringa's Amordoro to the races and Everson was naturally delighted with his debut effort.

"His owner Helen (Moran) likes to give her horses plenty of time to develop which is the main reason he didn't race much earlier," said Everson.

"He's really been his own worst enemy. He's a lovely-natured horse, but he's just been scared of a lot of things and tends to really overreact.

"He won his first barrier trial last year, but was so wayward he didn't pass, then at his second trial he got so worked up before the trial that he knocked over my daughter who was strapping him, got rid of the rider and ended up back at the tie-ups.

"But he's always had the ability - he's won every jumpout and trial he's ever had.

"He was a bit highly-strung in the enclosure before his debut the other week and I was a bit worried how he'd race because I knew he'd do a few things wrong in the run.

"But it was great to see him overcome his waywardness and come away for a good win. And it was good to see the runner-up (Sagacious) come out and win at his next start."

Moringa's Amordoro won both of his barrier trials at Grafton (October 19) and Coffs Harbour (August 8) before he led all the way on debut to beat Sagacious by 2.5 lengths.

"He's come through that race really good and that experience does seem to have quietened him down a bit. He does seem to be a bit more relaxed in his work now.

"He won his maiden impressively, but now he's got to come out on Tuesday and step up to a Class 1. Hopefully, with more race experience, he'll learn that he doesn't have to fear everything and he could develop into a very handy galloper.

"Ideally, once he's settled down a bit more I'll be able to take a bit of the gear off him. He's had the ear muffs, lugging bit and pacifiers on, but I think he'll race better with the gear eventually stripped back."

Moringa's Amordoro's main rivals on Tuesday include the Matt Dunn-trained Autumn Splendour ($2.40 favourite), the John Shelton-trained Queenofthecastle ($3.20), and Brett Bellamy's Final Kawana ($10), another late-starter who made a winning debut as a six-year-old when successful on a heavy 10 at Ballina on September 10.

Autumn Splendour, formerly with leading Adelaide trainer Phillip Stokes, has her first run for the Dunn stable. Winner of one of her six SA starts, Autumn Splendour geared up for her return to racing with a Murwillumbah barrier trial win over 900m on September 17.

Murwillumbah trainer Ed O'Rourke will pull off a fine training performance if Windermere ($4.40 fav) can win first-up over the 2230m of the Benchmark 58 on Tuesday. The five-year-old mare has not raced since finishing third over 1800m at the Gold Coast on May 22 last year.