Wagga trainer Maddison Collins couldn’t have asked for a better start to her association with Kenelem which will attempt consecutive victories at Wagga on Saturday.

Kenelem was purchased for a meagre $700 – three starts later she has earned $17,000 from her Albury win and seconds for a large group of owners headed by Collins.

The 25-year-old noticed Kenelem was for sale on an online auction and put in a bid – her small outlay paying immediate dividends. 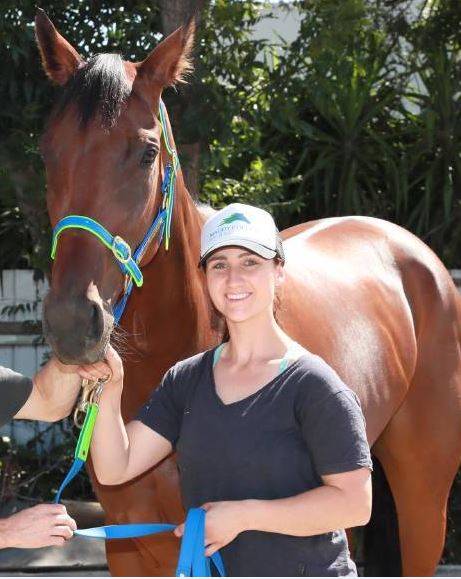 “No-one was bidding on her so I put in a bid for $700 and she has been great so far winning and running two seconds from three starts,” Collins said.

Kenelem produced her competitive qualities breaking her maiden last start and the step up to a Benchmark 58 over 1200m with additional weight doesn’t overly concern her trainer. In fact, Collins feels Kenelem is going every bit as well heading into her first start for several weeks.

“She is only tiny – less than 15 hands in height – but she is a real trier and is always competitive,” she suggested.

“She went out for a break after her last run and has been back for a while. She always works well and even though she is up in grade I expect her to be competitive again.”

The weather forecast for heatwave conditions of around 40 degrees has Collins a little concerned, but she added her filly is in the same category as every other horse racing on Saturday.

“My filly does get a little worked up, but she has been better lately. All the horses have to go around in the heat so we will see how she handles it,” she said.

Kenelem will have to carry 3.5kg more weight than she did in her last victory when ridden by Josh Richards who will be aboard again on Saturday.

Meanwhile, trainer Neil Osborne is looking to close out a winning month with Off To War in the Class 2 (1050m). Osborne has prepared four winners this month including dual wins with Call Me Artie, another with No More Chicken at Wagga on Monday and also with Off To War.

The promising Off To War has only raced three times for two wins and a second for Osborne and his wife Denise who bred the filly: “It has been a good month, but it was ordinary before that so you take the wins when you can,” he said.

As for Off To War continuing her trainer’s winning run, Osborne is confident in her ability to get the job done although the opposition is stronger.

“She has a lot of speed and last start she was held back then got over the top of the leader,” Osborne said.

Osborne is another trainer mindful of the hot conditions especially being in the final race: “The heat does have an impact on some horses. My filly is rock hard fit and I don’t think it will worry her too much,” he said.

“It’s a nice race on Saturday because if she happens to win with the bonus it’s worth $20,000. We bred her ourself. Her dam was extremely fast, but did a tendon after one start. Off To War also has a lot of speed and is heading in the right direction.”