Lismore trainer Dan Bowen has several winning chances at Grafton on Monday, including the former South Australian mare Lace And Whiskey who looks hard to beat lining up for her second start for the stable.

Bowen will have four runners at the eight-race meeting - Lace And Whiskey in the Benchmark 58 (1015m), Gillick's Way and Flick in the Maiden Hcp (1015m) and Miss Pierpont in the Maiden Plate (1720m).

The trainer rates Lace And Whiskey, purchased by Bowen's stable clients Steve and Karen Butcher for $9500 at an Inglis Online Sale in June, as the best of that quartet. 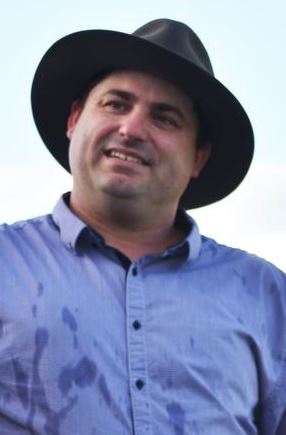 Originally with Adelaide trainer Will Clarken, Lace And Whiskey won two of her nine starts in SA before arriving in Bowen's stable a couple of months ago. She resumed for Bowen at Grafton on August 31 with an encouraging 2.2 length fifth behind Tobasco in a Benchmark 58 over 1015m.

"She was bought in June primarily as she is by the same sire (Akeed Mofeed) as Amirykal and for only $9500 we're hoping she turns out to be a real bargain," said Bowen.

Amirykal, also trained by Bowen and raced by the Butchers, is a four-year-old mare who showed promise during the winter.

"Lace And Whiskey went into her first-up run at Grafton without a trial, which is unusual for me. She probably peaked on her run 50m out and she only has to improve a little - and I think she has - to be very hard to beat on Monday.

"She should be able to settle closer in the run on Monday than she did first-up. And a few more showers over the weekend wouldn't hurt either as she's showed in the past that she handles softer ground.

"I think she's a mare who can win on Monday and probably go on with it and win a few more up here. She's definitely the best of my runners on Monday, although I think the others are capable of running big races as well."

Gillick's Way has been a problem horse for Bowen and his connections and only returned to the track in August after a 14-month layoff. The four-year-old Zoffany gelding has raced well in each of his three runs this time in.

"He's a horse who has had a multitude of problems, including fetlock and muscle problems, so we have just had to give him time," said Bowen. "I think he can go close on Monday, although his 59kg is the concern. He's just been penalised for his consistency."

Bowen has a handy back-up in that Maiden with Flick, who is yet to place in 10 starts, but ran an encouraging race first-up at Ballina on September 10. That was the mare's first run for Bowen after doing her earlier racing in Queensland under Gold Coast trainer Scott Morrisey.

Bowen expects Miss Pierpont to appreciate the step up to 1720m in Monday's Maiden Plate. The mare, part-owned by Sydney radio star Ray Hadley,  is coming off three-straight minor placings over 1200m, 1526m and 1300m this campaign when she finished off each race very strongly.

"She made up a lot of ground late on the heavy 10 at Ballina last time on a day when horses weren't doing that in those very heavy conditions," said Bowen.

"She should appreciate the 1720m on Monday. She's obviously no world-beater, but she's consistent. Hopefully, she gets a good ride from Matt (McGuren) from her barrier (gate eight), can sneak through the field and go close. She certainly deserves to break through."

Jockey Ben Looker will be carrying a lot of punters' hopes on Monday after picking up a strong book of rides across the eight races.