Like a breath of fresh air a brand new race, The Panorama, arrived on the scene last year and was run at the time-honoured Bathurst Cup meeting.

The inaugural running of the $40,000 The Panorama was won in brilliant style by the four-year-old mare Press Box owned by Tony Muollo and family and ridden by Robbie Dolan for Bathurst trainer Dean Mirfin.

Press Box came to Dean Mirfin from Sydney stables as a Maiden Class galloper and in a bright beginning for the talented Bathurst trainer won three races in succession at Bathurst (twice) and Parkes before finishing third at Royal Randwick. 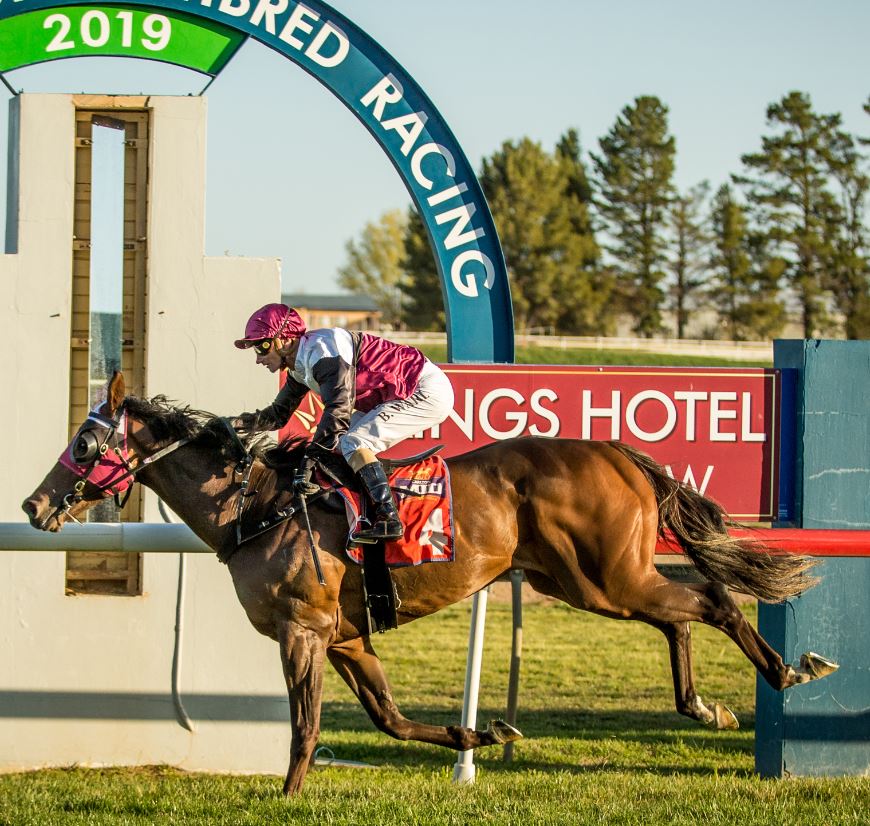 Starting the $2.70 favourite, Press Box dashed to the lead in the straight when beating Bravissimo and Sugar Dance in the 2019 The Panorama.

Gaining a start in the $1.3 million The Kosciuszko, the richest race in the world for country-trained horses, at Royal Randwick, Press Box produced an outstanding performance to finish sixth behind the winner Handle The Truth and has since been retired to stud.

Prizemoney has been doubled to $80,000 for the 2020 The Panorama (1300m) to be run on Sunday 27 September on Bathurst Cup day and Dean Mirfin confidently predicts the feature sprint will quickly become a major event on the country racing calendar.

“The timing of the race is a masterstroke by Bathurst Thoroughbred Racing and Racing NSW as a perfect lead-up for The Kosciuszko at Royal Randwick on October 17," said Dean Mirfin.

“ I think trainers from everywhere will be hoping to get a runner in The Panorama and I predict the leading stables from around country New South Wales will be at Bathurst," Mirfin added.

Although Sydney, Provincial and interstate horses are eligible for nomination, they will be first eliminated in a ballot under the special conditions of the race. This will in all probability see the final field comprised of country-trained horses.

Dean Mirfin gained invaluable experience working for legendary trainers Tommy (TJ) Smith and Bart Cummings and after being away from racing for a number of years, set up as a trainer at Bathurst where he first won an 1800m race with Sparton in 2012.

Eleanor Webster-Hawes, who regularly travels from Cowra to ride trackwork for Don and Andrew Ryan and Dean Mirfin, rode her first Sydney winner on the Mirfin-trained mare Worldly Pleasure.

Winner of a string of races over the season, Worldly Pleasure was awarded the Central Districts “Horse Of The Year“ title and the trophy will be presented to the Bathurst-based owners Steven and Karen Deal and partners on Bathurst Cup Day.

At this stage, Dean Mirfin is planning to be represented by Hamogany in the 1600m Cup and Worldly Pleasure in The Panorama. Nominations for Bathurst's Racing NSW Country Showcase meeting on Sunday 27 September close at 11am on Tuesday 22 September.