Nothingforthepress was the beaten favourite in last year's Murwillumbah Cup but his recent form suggests he can bounce back in a big way when he returns for Tweed River Jockey Club's $40,000 feature on Friday.

Trained at Ballina by Stephen Lee, the seven-year-old heads to Murwillumbah for the 1550m Cup off the back of two excellent runs this campaign. 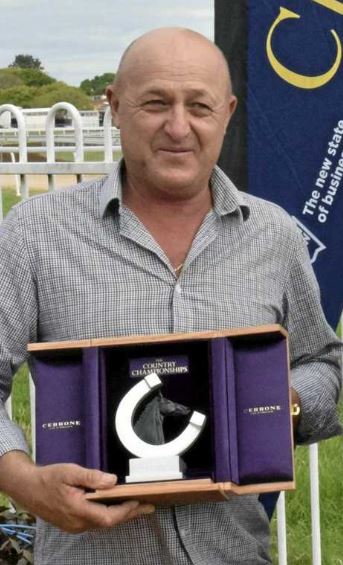 Nothingforthepress ($4.60 on TAB) clashes with Exclusive ($4.60) again in the Murwillumbah Cup and meets the Casino galloper two kilos better from their meeting at Grafton last time they met.

Nothingforthepress drew gate three in Friday's nine-horse field and will be partnered by Jon Grisedale.

Nothingforthepress went into last year's Murwillumbah Cup also at his third run into his preparation after finishing unplaced over 1200m at Eagle Farm first-up then going down narrowly when beaten by Powerline in the Casino Cup (1400m).

The gelding started the $3.40 favourite in last year's Murwillumbah Cup but was beaten just over four lengths into fifth place behind the Brett Bellamy-trained $19 outsider Bonnosta, who returns this year at $15 to chase back-to-back wins.

Nothingforthepress has been a very handy performer for owner Greg Nash who bred the gelding at his Bangalow property. The galloper has compiled a record of seven wins and 16 placings from his 36 starts - his best win coming in last year's $50,000 Ballina Cup.

Casino galloper Exclusive has been in great form for his trainer Stephen Bennett and looms as the one to beat on the strength of his form over the Grafton July carnival and his last-start second to At Witz End ($4.60) in the Casino Cup on August 15.

Exclusive has three wins and two seconds from five of his last six runs, his only unplaced recent run was when he took on the better-credentialled sprinters in the Ramornie Hcp in July, finish last of 14 runners (beaten seven lengths) behind the winner Signore Fox.

As expected, leading Murwillumbah trainer Matt Dunn holds a strong hand in Friday's race and has two runners - Saxton Rock ($3.40 favourite) and Axella ($6). Tivoli Street is a $6 chance in the following event, the $30,000 Murwillumbah Newmarket (1200m).