The official winning margin was a staggering 11 lengths so it’s little wonder why Jawwaal ($2.30 on TAB) is in the box seat to repeat that display at Wagga on Thursday.

Few horses win by such a big margin and for trainer Mitchell Beer it was certainly a first when it was Jawwaal first and daylight second at Albury on August 18.

“I have had plenty get beaten 11 lengths, but never one win by that far,” Beer said. 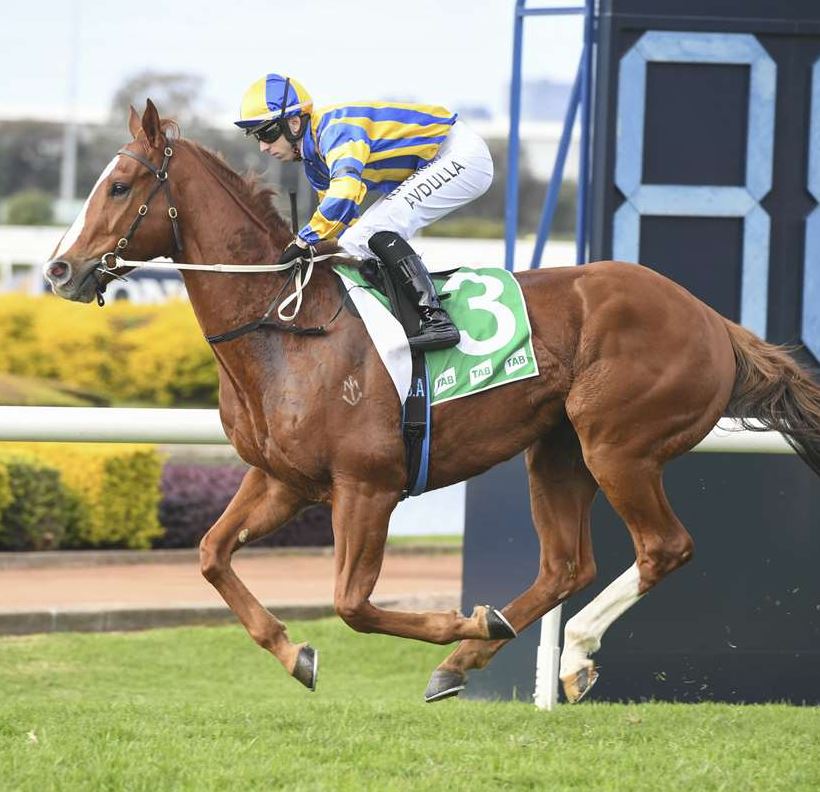 Maid of Milan was successful by just over six lengths for Beer at Gundagai last November and for Jawwaal to win by almost double that justifies his trainer’s decision to adopt a different training routine with the five-year-old.

The new regime worked once and Beer hopes it is again the case in the Class 3 (1200m) when Jawwaal jumps from the outside barrier.

“I have backed off his work now that he is fit and he hardly has a saddle on between starts,” he said.

“He does a lot of swimming and some work on the treadmill and I just keep him fresh between starts so his hard gallop is at the races.

“It worked last time and it proved I had to changes things to get the best out of the horse.”

The proof was in the watching as Jawwaal – a one time high six-figure yearling purchase - ploughed through the heavy conditions to win in what turned out to be a race of his own. Beer can see no reason why Jawwaal can’t win again.

“He isn’t going up dramatically in the weights and is in the right distance range,” he said. “Before I was trying to get him to settle and run a distance and that wasn’t his go.”

Beer will take a strong and interesting line-up to Wagga that includes debutant Meladia ($6.50) and four starters in the Ian Reid Sprint (1200m). Meladia comes across from New Zealand with three trials to her name and Beer feels she will make the grade.

He is likely to scratch the favourite Packer’s Bond ($2.30) from the last race after he drew the outside alley, but will have a host of chances in the sprint.

Logan River is coming off a last start victory at Wagga on a heavy 10 rated surface and will also be ridden by Josh Richards who also takes the mount on Jawwaal.

“Logan River is best kept to 1000 metres, but this race is 1200 metres so if he can ride him quiet early then if they go quick he may have the last crack at them,” Beer suggested.

Bezos hasn’t raced since April and is better suited to a middle-distance, but trialed in strong style prompting Beer to suggest he could run a strong race fresh off a break. Damselfly’s Kept won last start in restricted grade and rises in class, while Enzed Beer is also fresh off a break.