The ‘Butcher on the Hill’ can bring home the bacon with one of the top fancies in Friday’s $40,000 Riverview Hotel Murwillumbah Cup (1550m).

“I’ve had the butchery for 24 years, it’s right next to a chemist, a garage and a pub on the corner on the way out to the course,” Bennett said. 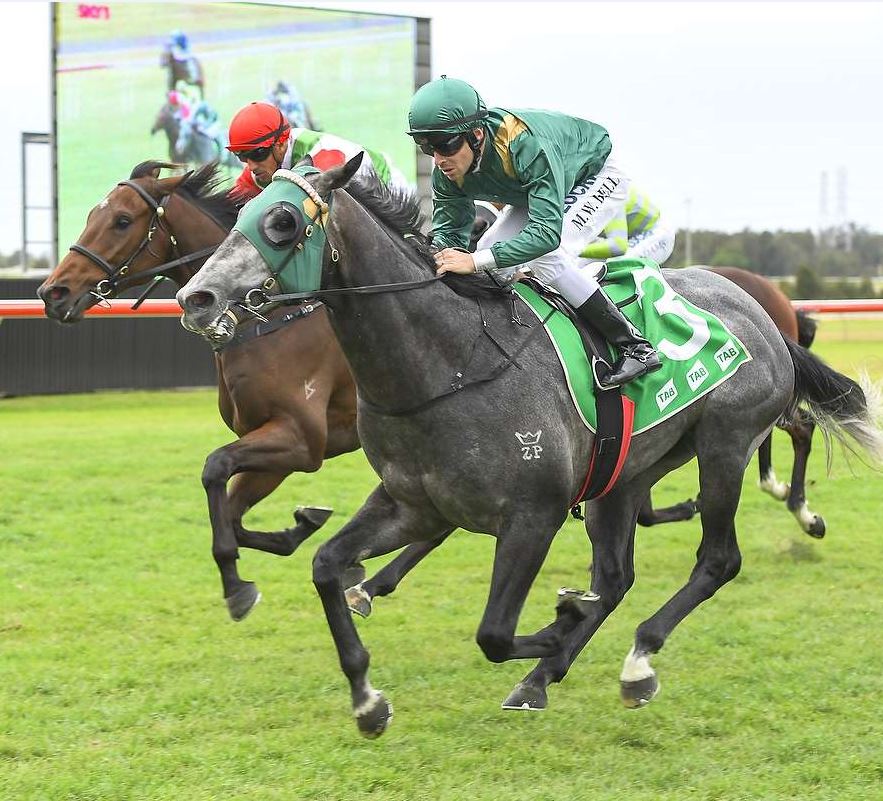 Bennett’s pride and joy is five-year-old grey galloper Exclusive, a winner of six races from 16 starts for the trainer earning over $100,000 in prizemoney.

“Amazingly, Leon got him for around $13,000 and said you’ve got to come into him and train the horse, which I did.

“Many of the people in the syndicate raced Traconi with me and we ended up winning eight races including two successive Tabulam Cups and an Evans Head Cup [at Casino].

“This bloke is an honest horse and tries very hard every time we step him out. We’ve had him for 12 months and there is some quality form around him.

“He ran fourth to Plonka in the [Northern Rivers] Country Championships Qualifier and that horse had won a Rosehill Highway.

“And the second horse in the Qualifier was Gracie Belle who ended up winning the [$500,000] Country Championships Final at Randwick.”

Bennett explained his ‘nickname’: “Racecaller Bob Lane [who retired last year after 50 years of calling] would always tag me ‘the butcher on hill’ every time I won a race.

“It caught on and now our current racecaller Anthony Collins calls me that.”

Two starts back Exclusive had a torrid run in the Grafton Ramornie Handicap when last after being trapped four and five-wide the entire trip behind winner Signore Fox.

Previously he had taken out the John Carlton Cup during the Grafton Winter Carnival and last start was runner-up to At Witz End in the Casino Cup.

“It was unfortunate the pace slackened off mid-race and the winner had a soft sectional.

“He finished strongly but we had to concede him 5.5 kilos with our 60.5 kilos.

Despite being just an hour-and-a-half from Murwillumbah, the horse is yet to race at the course.

“I’ll be watching the weather during the week; it’s fine now for the next three or four days but he just doesn’t fancy really wet tracks.

“If Murwillumbah is heavy, I will look at the [$50,000] Rousillon Showcase Handicap at Lismore [Thursday 24th September].”

Limited tickets are available for Riverview Hotel Murwillumbah Cup Day and all tickets must be pre-purchased with no tickets available on the day.

The bars and restaurant will be open with full TAB and bookmaker facilities available.