Speedster Could Prove Invincible At Taree Next Sunday

A former South Aussie sprinter with an amazing record will step out in next Sunday’s $35,000 Kia Taree Lightning (1000m) on Taree Cup Day.

Itz Invincible is now prepared by Nathaniel Scott at Inverell and has only raced once for the stable since leaving the Wine State. 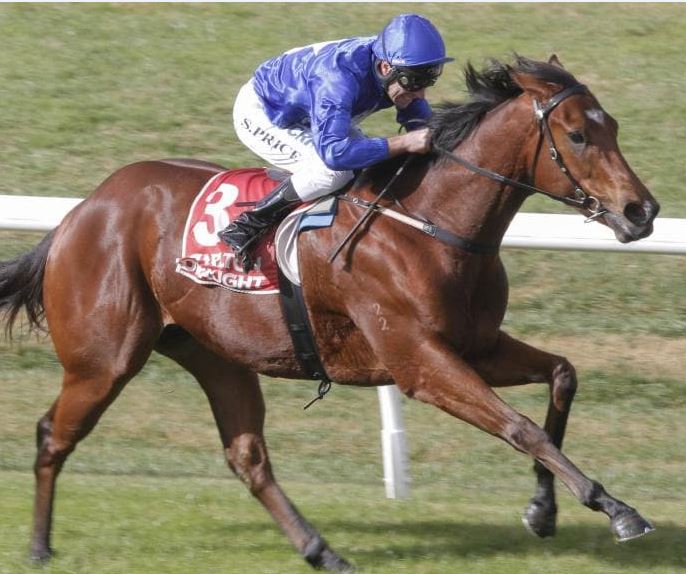 Itz Invincible (Simon Price) bounds away in one of his Adelaide wins. Image by Atkins Photography

The now eight-year-old had not finished out of the placings in his first 17 starts, with seven wins and 10 placings including five victories at Morphettville and a third in a Listed race at Flemington.

Scott purchased the gelding and ran him at Coffs Harbour in the Blinkan Missit 800m scamper on Cup day.

Itz Invincible showed speed to be vying for the lead but tired in only his third run over a two-and-a-half-year period.

“He just knocked up over the last 100m,” Scott said. “We wanted to see that he’s trying and was still keen to run.

“I told the jockey [Georgina McDonnell] to just let him run and don’t overtax him as it was his first start in five months.

“I want to get him right and not bust him, especially first-up on a wet track as he had a few hiccups when we bought him.

“He doesn’t like it damp and is better on top of the ground, so we were very pleased with the effort.”

Scott’s plan is for Itz Invincible to only have the four starts this preparation.

“He’ll run at Taree next Sunday then in the Moree Town Plate (September 6) and the Hurricane at Newcastle (September 18),” Scott explained.

“He pulled up brilliant and his legs are perfect, but he makes a noise when he breathes, that’s why we tried him with a tongue tie. After the four runs he will then have a wind operation.

“I love getting these older horses and giving them some TLC and they generally come good.”

Former UK stayer Korcho has been impressive winning his past two starts at Rosehill Gardens.