Trainer Joe Cleary is banking on a significant weight drop and the winning record of Kiss My Swiss to place her right in contention for the Wagga Whiz (1000m) on Sunday.

Kiss My Swiss is one of several chances in the feature race and with a suitable draw close to the inside the mare is expected to back-up her recent form.

The five-year-old has won six of her 12 starts and is coming off a last start second-up win at the Grafton Cup carnival when she carried 61.5kg. 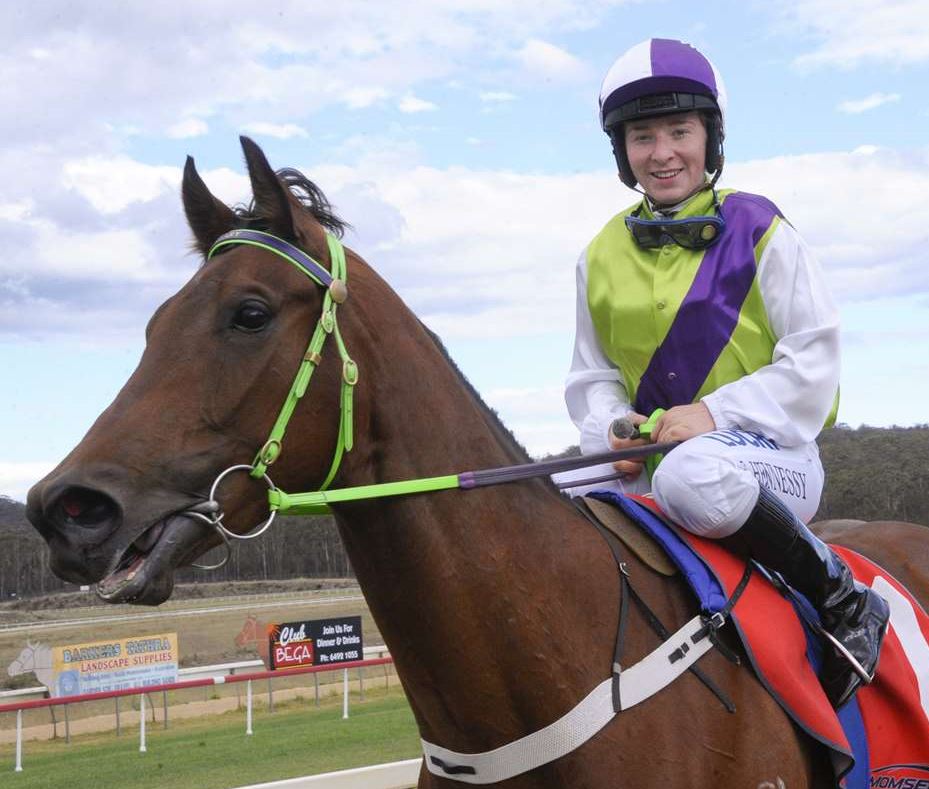 Ellen Hennessy and Kiss My Swiss after scoring at Sapphire Coast. Image by Bradley Photographers

Cleary’s stable apprentice Ellen Hennessy will reduce the weight of Kiss My Swiss down to 56kg – 5.5kg less than what she carried last start.

The Cleary stable has had recent winners at Wagga, Gundagai, Moruya and Grafton and Kiss My Swiss is rated as one of the main chances to keep the winners flowing.

“She has such a good record and the weight drop is the big thing in a pretty strong field,” Cleary said.

“Ellen has won on her before and rides her work. Her claim will make a difference and Kiss My Swiss is ready to go back to the races after the long trip to Grafton.

“Her work during the week was very good and she is right to run a big race.”

Syndicate manager Tony McCulloch heads a large group of owners who have had a lengthy list of wins with the mare during her brief racing career.

Kiss My Swiss won five of her first seven starts and hit back for her first win in five starts this year with a sizzling last start over 1000m in 56.86 seconds. Cleary said it won’t be an easy assignment with plenty of depth to the race.

“It’s a good field and if she happens to win I would like to take her back to Sydney for a race six days later,” he said. “I also have the Queanbeyan Thunderbolt in mind for her next campaign so she will go for a break shortly.”

The in-form Real Key is in peak form and edged out Exaggerate last start at Leeton with the pair clashing again on Sunday. Topweight, Pleasant, has won two of his three starts at Wagga and is coming off a last in Sydney last time out.

Second emergency, The Unknown Factor, has won his past three starts and is also a contender should he gain a start.

Cleary’s plan with Kiss My Swiss is to try and win a metropolitan race to enhance her value as a broodmare and continue to build on her winning strike-rate: “She is 50 per cent wins to starts and not a lot of horses can do that,” he said.

“She is settling better in her races and may be able to get out to 1200 metres at some stage.”

All of her starts have been over 1000m or less, while she has won two her three attempts on slow tracks. The track (currently a Soft 7) is expected to worsen with substantial rain forecast leading up to Sunday’s meeting which could place a doubt over some horses taking their place in the field.