The lengthy and lucrative regional racing partnership of Scone trainer Stephen Jones and the industry’s prolific Gerry Harvey is primed for a productive day at Tamworth’s TAB meeting on Friday.

Throw in the clout of champion Greg Ryan and they provide the strongest possible push for punters at a strong eight-race TAB program.

It’s timely the traditional club has races named in honour of another Ryan riding premiership, the apprentices' title for Samantha Clenton and the trainers' championship for local Cody Morgan. 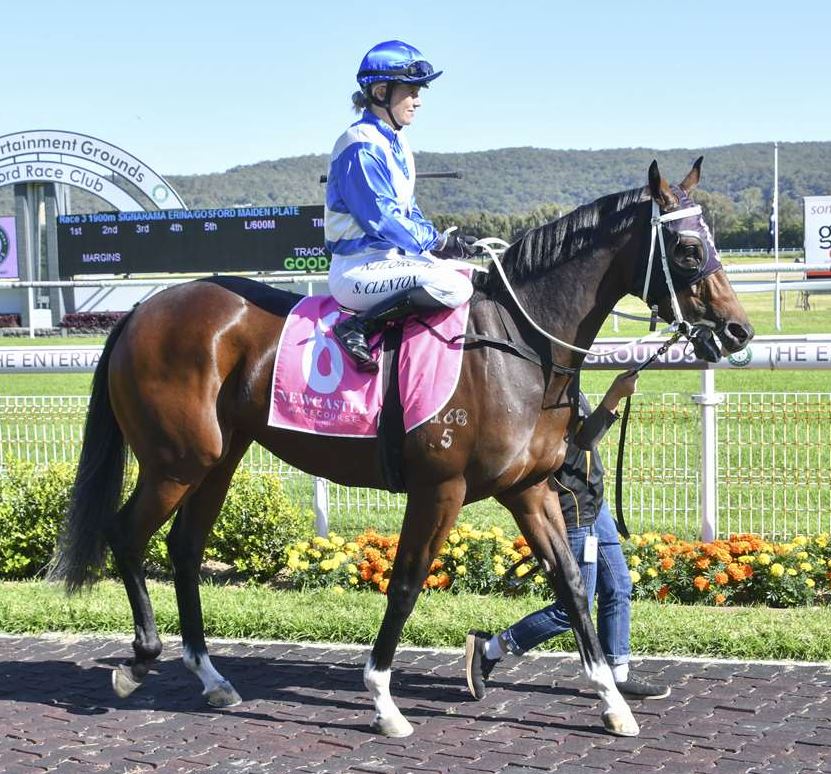 Les Amoureux parades at Gosford with Samantha Clenton aboard. Image by Bradley Photographers

Amidst record riding seasons, trebles and doubles have been constant for Ryan at Tamworth and it looms as one of those days.

Meanwhile, Harvey has long entrusted the widely-travelled and accomplished Jones for early education. Or alternately to find the winning niche at the regionals for his numbers unsuccessful in city grade.

Jones at Scone and Joe Cleary at Queanbeyan are Harvey’s main men when they are moved on from profile city stables.

The team combines with Peroxide Blonde (Ryan; $3.70 favourite on TAB) who possesses strong form in race three and also Inducement (Ashley Morgan; $2.50 fav) in the second event, both maidens.

Inducement, a Zoustar mare, and Peroxide Blonde, a Mossman mare, are well-drawn and fitter for a first-up maiden placing.

In particular, Peroxide Blonde as she was placed in stronger maidens at Pakenham and Cranbourne last preparation.

“That mare is our best on the day, really good form for a maiden up here and it was her first run for 12 months off just two trials,” said Jones.

“She’s over some little issues, she’s progressed, out to a more suitable distance and from the draw, we know she’ll get the right ride. But we’ve got decent chances throughout the day.

"Inducement is a nice progressive mare as well, just got beaten in a photo last start, she’s trained on and it’s an average maiden with Ashley Morgan being in the zone for us.”

Jones continues the bowling in the sixth event with Shame Warned ($6), a dominant last start Tamworth winner and Harvey’s Les Amoureux ($11) who won at Grafton, both for Morgan.

“Both are race fit last start winners but that’s a decent form race.”

Meanwhile, Jones and every all country trainers are in high anticipation for the $1.3 million The Kosciuszko to be run in October at Royal Randwick. Sweepstakes tickets are on sale at all TAB outlets.

“My hopes are Hit the Target and Toro Toro progressing to that level, Akasaki is my quality but he’s got to take the next step this prep. Still he’s been unlucky with bad barriers and some ordinary rides.”

At present Tamworth is rated a soft five track in fine weather.