Great Owners' Incentives For Muswellbrook's Queen Of The Valley

Owners of fillies or mares that race in next week’s Queen Of The Valley Matchmaker will have access to the most exciting list of stallions ever offered for the event.

Widden Stud, Vinery Stud and Kingstar Farm have all offered nominations to some of their standing stallions for 2020 with the first three placegetters in the race able to access the list on a ‘first past the post’ allocation. 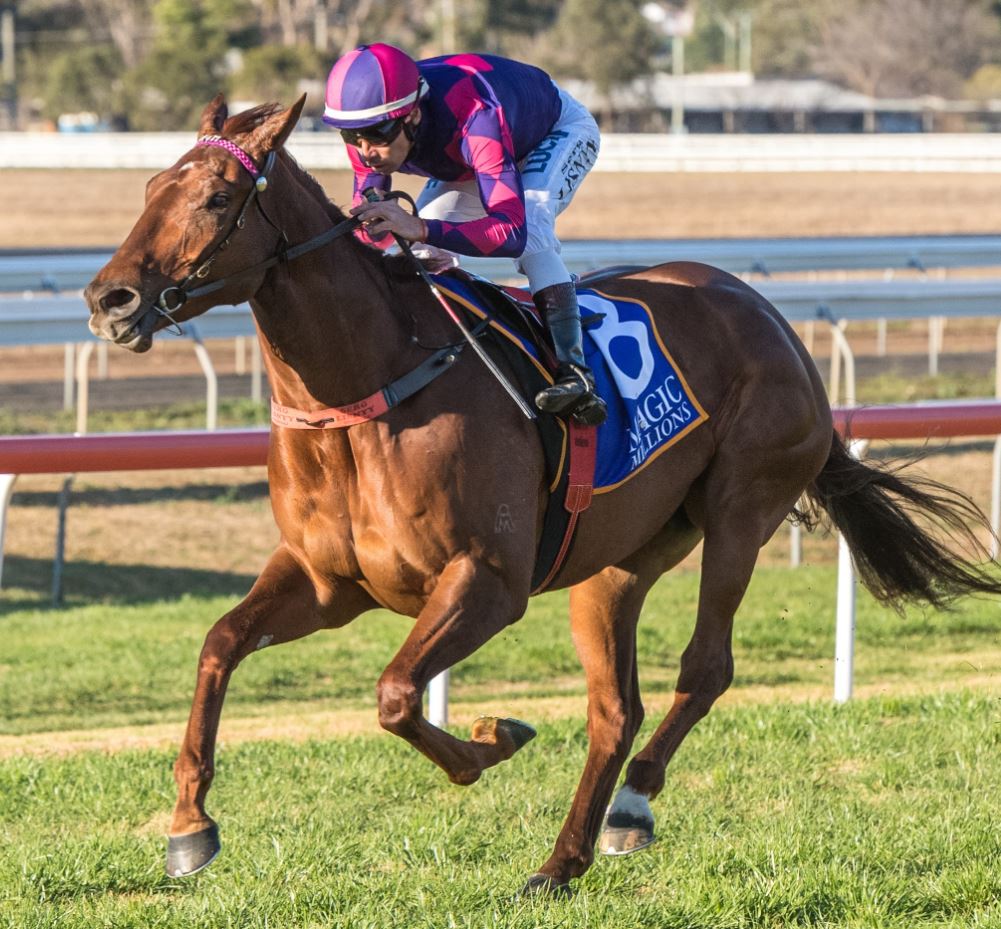 “This concept has been available for many years at Muswellbrook Race Club and has always proven to be very popular,” said MRC General Manager Duane Dowell.

“The winning connections will get the first choice, then second place the next pick and so on.

“The small change this year is that some studs have offered multiple choices for their allocation so there is an even greater selection,” Dowell added.

The stallions on offer include UNITE AND CONQUER, BULL POINT or LORD OF THE SKY (Kingstar), STAR TURN (Vinery) and SUPIDO, STRATUM STAR, YOUR SONG or OUTREACH (Widden).

The feature race is a Benchmark 66 Handicap over 1280m for fillies and mares. Last year’s winner was the Kim Waugh-trained Belle de Vega.