During a long and successful career there have been many highlights for Barry Molloy including taking Lake Lugarno to the 2017/2018 Central Districts “Horse Of The Year” title, however, winning another Forbes Cup on Monday would be special for the local trainer.

Over 30 years ago Molloy won the Forbes Cup with Gold Fallacy, ridden by the present-day Wellington trainer Peter W. Stanley and raced by the breeder Barbara Jones from Grenfell, Tom Finney from Sydney and the late Ken Gunn from Forbes.

Both before and since the win by Gold Fallacy, Barry Molloy has only had a couple of starters in the Cup but this year is represented by one of the good winning chances in Caszar. 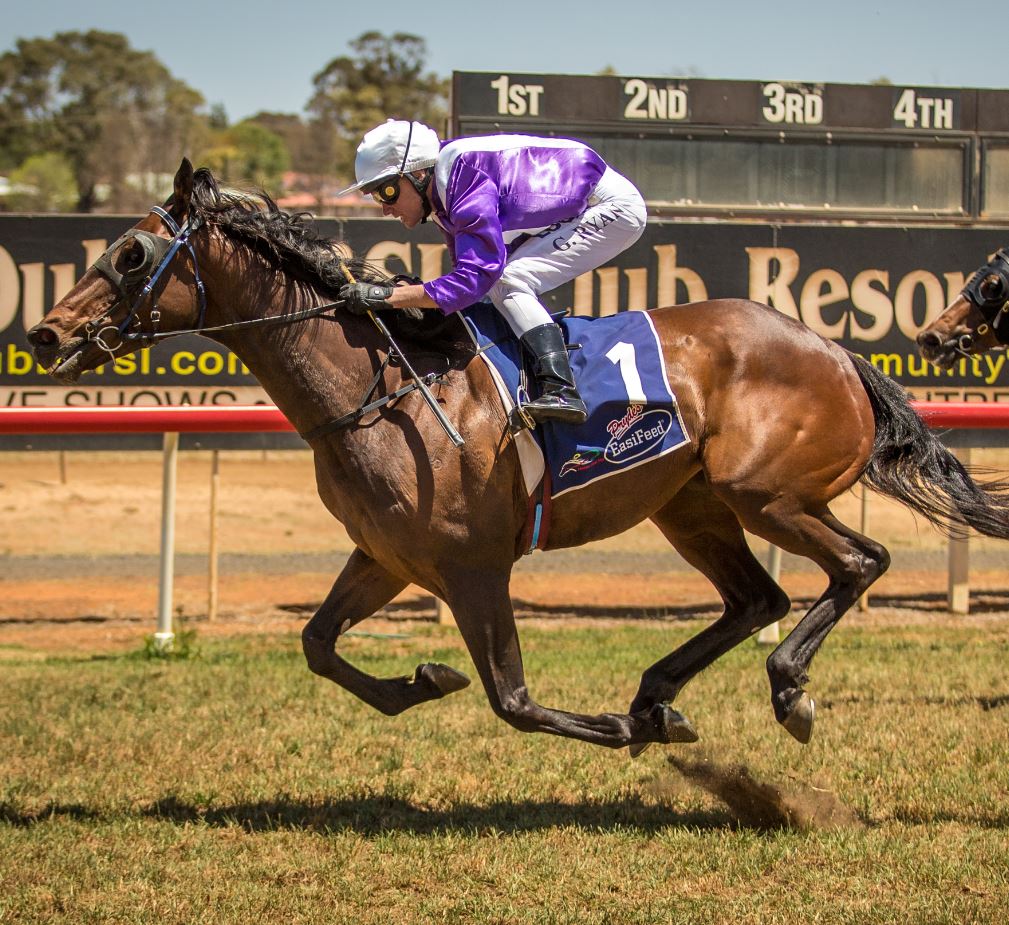 Presenting a challenge to the skilful trainer, Caszar did a lot of things wrong in the early stages and took nine starts before winning a Maiden Handicap at Cowra.

Since then Caszar has won another three races and been in the placings numerous times and accumulated $88,000 in prizemoney.

Due to a tendency to settle well back in the field, Caszar has been unlucky to not win on several occasions and recently ran successive second placings at Parkes, Wellington and Mudgee when finishing very strongly.

At the most recent outing, Caszar ran fifth in an outstanding field at Wellington, and in a show of confidence champion jockey Greg Ryan has chosen to take the mount again in the $32,000 Bankstown Sports Club Forbes Cup over 1600m.

All of the wins for Caszar have been over 1400m, however, the gelding at one of the few attempts at 1600m finished third.

Despite the racing pattern of Caszar coming from back in the field and needing some luck in running, trainer Barry Molloy is cautiously optimistic and yesterday said he “would be satisfied to see the horse run a good race”.

Wellington trainer Michael Mulholland won the 2019 Forbes Cup with Steamin’ ridden by Greg Ryan and this year has the rapidly improving The Sledgehammer engaged with mature age apprentice Kath Bell-Pitomac the rider.

Seriously injured in a fall, Kath Bell-Pitomac apart from broken bones had a long time away from racing due to problems with her balance and eyesight.

The married mother of a two has made a remarkable comeback and was in the saddle for the recent strong wins by The Sledgehammer over 1600m at Warren and Dubbo.

A fast pace is expected in the Cup with both Highly Desired and Mackellar’s Love being noted front-runners.

Trained at Gosford by Luke Hilton, Highly Desired led until the final stride when beaten a short half-head by A Magic Zariz when resuming from a spell at Wellington while the Cheryl Crockett, Mudgee trained Mackellar’s Love led for home when winning the Gilgandra Cup and Cowra Cup and the Lion Cup at Mudgee.

Likely to be fancied is Gunga Din, last start winner of the Narrandera Cup for leading Canberra trainer Keith Dryden and a five-times winner from only 17 starts.

The lightly-raced Crown Dancer ( Mathew Cahill ) has only had the one start since joining the Dennis Bush stable at Forbes but did beat a big field at the Sunshine Coast in Queensland before going for a spell.

The high profile Albury-based trainer Mitchell Beer is making the long trip to Forbes with a strong team including Previso (Jordan Mallyon) in the 1400m Class 1 Handicap, a very impressive winner at Dubbo when beating older horses after racing well back in the field from an outside barrier.

Another prominent trainer visiting Forbes is the Rosehill based Lee Curtis with Superbellaa which as a two-year-old took on and defeated a field of older sprinters over 900m last start at Wellington.

Jockey for Superbellaa in the 1100m Class 2 Handicap will be Jay Ford well known in Australia and on the International stage as the rider of the former champion Takeover Target.

Forbes Jockey Club received all-time record nominations (236) and at final acceptance time, a large number missed a start through the ballot while others were declared as emergencies.

An original eight-event program has now been extended to nine races with the first race at midday. The general public will be admitted with COVID-19 protocols in place.

Bar and catering facilities will be available and the on-course TAB and bookmakers will be operating.