All In Readiness For Carlton Draught Coffs Harbour Cup

There may be a pandemic changing our way of life but that hasn’t stopped Coffs Harbour Racing Club from staging a record Carlton Draught Coffs Harbour Cup.

In fact, nominations for the Cup meeting could massively increase due to the lack of racing, CHRC Racing and General Manager, Tim Saladine believes.

“Everything is looking pretty positive,” Saladine said. “It’s all systems go here; we’ve got a fine day, 22 degrees and the weather forecast is for fine weather next week.”

He said while the Sawtell Cup was called off it might be re-run at Christmas. In the meantime, he’s expecting big nominations for Thursday’s Coffs Cup meeting when noms close at 11am on Friday (31st July).

‘We’ve already had a bit of interest with the noms. Gai (Waterhouse) might be sending a couple up for the Cup, Mark Newnham, Kris Lees, Matt Dunn and Chris Munce will all be represented.”

Nominations for all 8 races close at 11am on Friday with weights declared by 4pm Monday and acceptances due 9am next Tuesday (4th August). 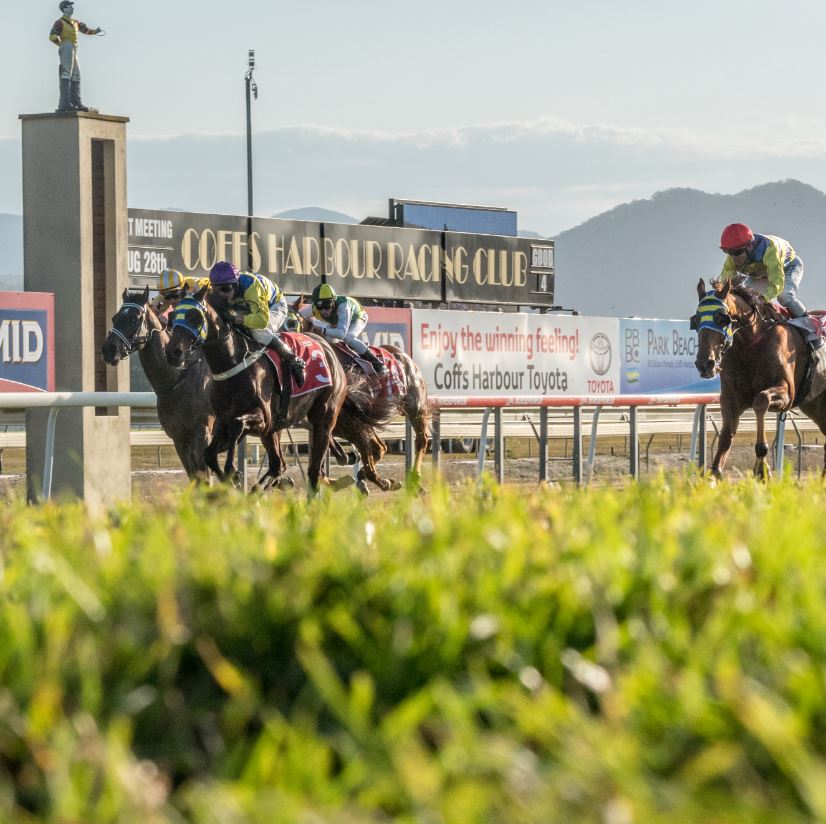 By Mark Brassel The fairer sex will be competing for future ‘dates’ during Friday’s Magic Millions Queen of the Valley ...
Read More

Please note races 7 and 8 at today's Tamworth race meeting have been abandoned due to the rain and deteriorating ...
Read More

'Nutcase' Wins If She Brings Her 'A' Game (Newcastle, Sat)