Coffs Harbour trainer Brett Dodson has warned to expect a dramatic improvement from his grey galloper Ceremonial Prince who proved a ‘naughty boy’ at his latest appearance.

“It was puzzling as he’s never done anything like that before; maybe he just had an off day,” Dodson said.

“He’s usually a very consistent horse. There had not been any dramas previously and nothing really fazes him. 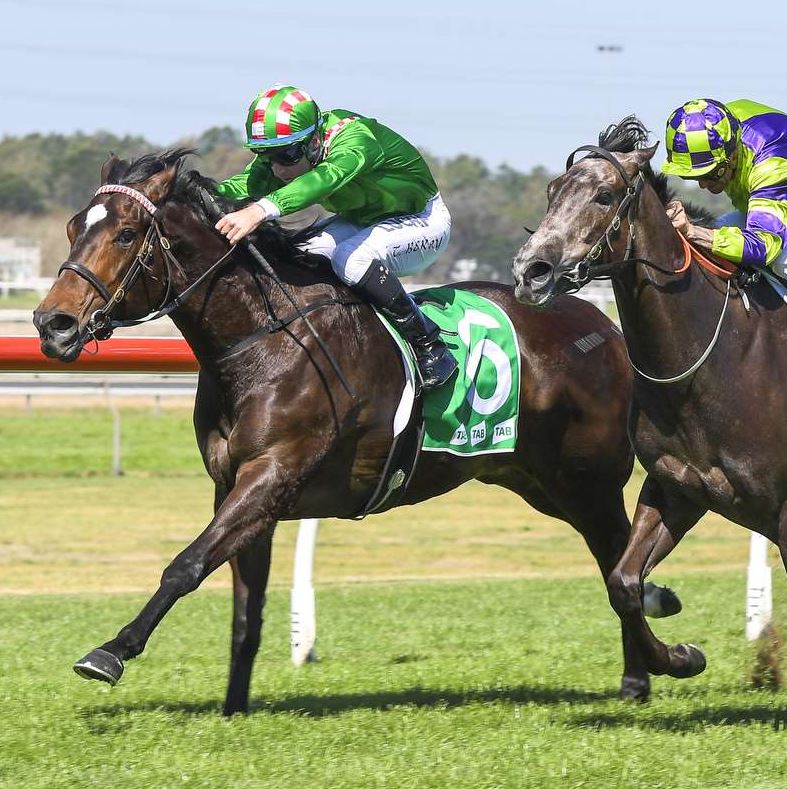 “Maybe the saddle slipped a bit and it pinched him.”

“He has since trialled really strongly and I expect him to race well on Thursday.”

Dodson also said to overlook his previous start when 10th (of 11) at Port Macquarie on a track rated the maximum heavy 10.

“Ben [Looker] said the track was a different kind of heavy and many horses didn’t handle it. The horse just couldn’t get going.

Ceremonial Prince had previously been runner-up at Grafton and Port Macquarie.

The four-year-old is entered for the $22,000 Aquis Farm Class 1 Handicap (1250m) at Thursday’s Ballina meeting, one of three horses from the stable that will be racing.

“She was in third position on the fence and boxed in, then had to wait too long to get into the clear,” Dodson explained.

“Matthew [Bennett] just couldn’t get her into the open and build momentum but she hit the line nicely once out.”

Runyoo is a Gai Waterhouse/Adrian Bott cast-off, having only raced once for the stable when down the track at Wagga.

The three-year-old then stepped out for the Dodson camp, finishing ninth in an 1100m maiden at Grafton on Maclean Cup day.

“His work was good in the lead-up to that race, so he was a little disappointing. However, I don’t think he appreciated being cluttered up among other runners.

“He now steps up to 1300 metres, so we’ll be looking to bounce him out quickly and let him roll along. Taking into account natural progression, I think there’ll be a big improvement from him at Ballina.”