Promising Lismore filly Amirykal will be heading for a break to be aimed for next year's Country Championships after she chases another heavy-track win at Ballina on Tuesday.

The Daniel Bowen-trained three-year-old has been revelling on the recent heavy tracks and definitely looks the one to beat in the Benchmark 58 Handicap over 1400m on a track which was rated a heavy 9 on Monday morning. 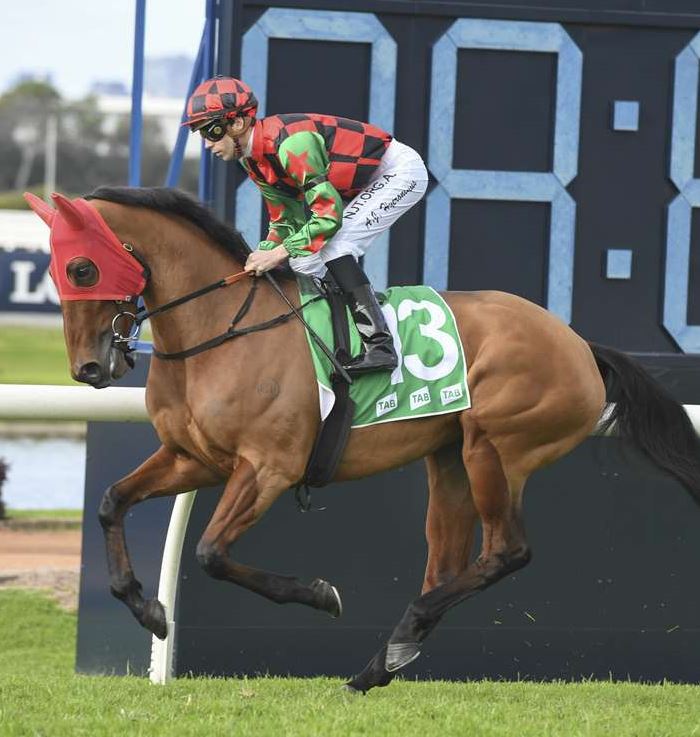 Amirykal, a daughter of former Hong Kong star Akeed Mofeed, bolted in by more than five lengths on a heavy 10 when she won her maiden at Ballina four starts back on February 17.

She resumed from a break to win a Class 2 (1225m) on a heavy 8 at Grafton on June 11, then tackled a TAB Highway over 1400m on another heavy 8 surface at Rosehill Gardens last start on June 27, fighting on well to finish a 2.6 length third behind the promising Rothenburg.

The Matt Dunn-trained Rothenburg subsequently came out again at Rosehill last Saturday to dominate another TAB Highway by three lengths.

"Her Rosehill run behind Rothenburg was very good," said Bowen. "She was second-up into a 1400m at Randwick in heavy conditions and I think that just told over the final 100m.

"The winner (Rothenburg) then franked that form by coming out and winning again very impressively last Saturday."

Bowen rates Amirykal the most promising galloper he has trained since Queen Of Kingston, who ran an unlucky fourth to Noble Boy in the 2019 Country Championships Final at Randwick.

Sadly, Queen Of Kingston had to be euthanised after breaking down during a race at Eagle Farm in February.

"Win or lose on Tuesday, Amirykal will be going for a break and then we'll bring her back with next year's Country Championships in mind," said Bowen.

"Country horses only really get one chance to chase prizemoney like that, so you've got to target it. We're playing a long game with her with the Country Championships in mind.

"I just want to get her rating up and bring her back to target next year's Country Championships Qualifier."

Although all of Amirykal's best form has been on heavy tracks, Bowen believes the filly is much more than just a wet-tracker.

"I think she's pretty versatile and will handle all conditions, it's just that recently she's just been confronted with heavy tracks," he said.

"Earlier in the year she ran second to Modelka, a smart one of Toby Edmonds's, on a very firm track at Murwillumbah, so I'm certain she's not just a wet-tracker."

Bowen will have a handy back-up in Tuesday's Ballina race with Lucap also lining up. Lucap has a good record at Ballina with two wins and a second from his three appearances there. He also handles wet tracks.

His recent form includes a win at Ballina four runs back on June 8 and then a quick back-up three days later to run second to the in-form Macchina Volante on a heavy 8 at Grafton on June 11.

"His only two recent bad runs have been at Casino (May 29 and June 25) and I just don't think he handles the steep rise there at Casino," said Bowen.

"Back to Ballina and over the 1400m on Tuesday, he can definitely finish in the top three."