Collarenebri owner/trainer Kelly Smith loves getting hold of veteran gallopers and giving them a new lease of life.

His latest star is Grass Cutter, a rising ten-year-old that has run his rivals into the ground at his past two starts in Warren TAB events. 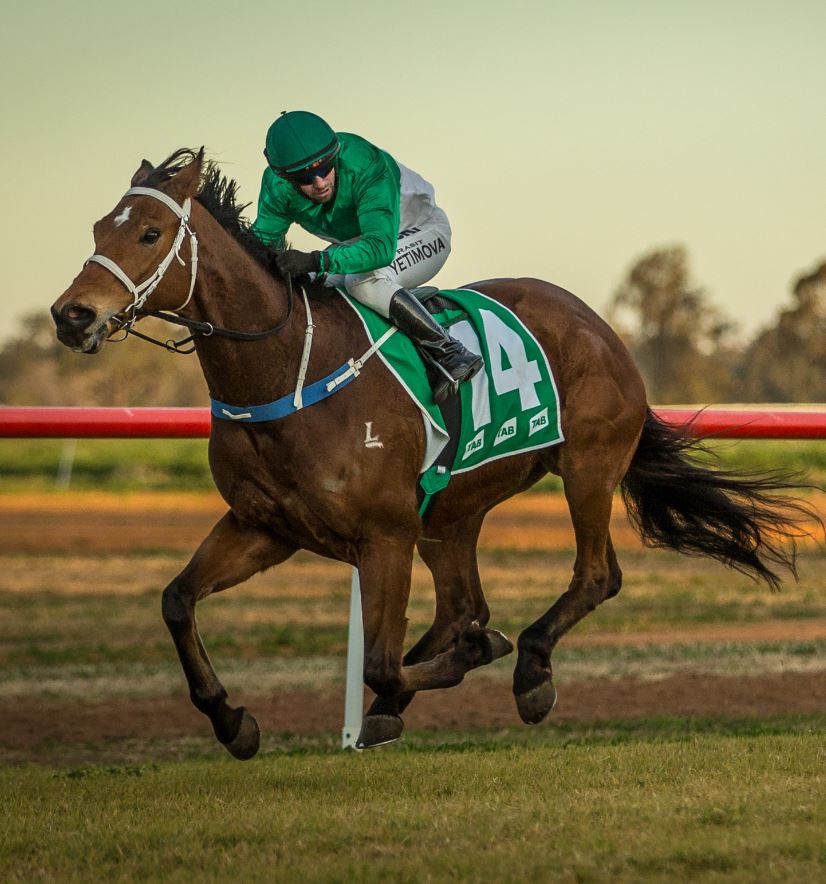 Smith has nominated the horse for Benchmark 58 Handicaps (1400m) at Moree on Thursday and Dubbo on Friday: “I’ll keep an eye on the weather before I decide where I head.”

Grass Cutter – a 91-start veteran – had not won a race for 25 starts before Smith legged Rasit Yetimova aboard at Warren at his last start.

“The owners were talking about retiring him but instead they gave him to me for the picnics circuit,” Smith revealed.

“They said ‘see if you can do something with the old horse and maybe take him to picnic races on the dirt’ – I’ve had him for nine starts and he still hasn’t seen a dirt track!”

“Rasit has ridden him twice for two wins and they get on well together. He knows the horse and they’re a great team.”

“My wife and I live out in the middle of nowhere on a property,” Smith said.

“We’re actually blessed where we are; we’re only an hour or so from the Queensland border and close to the boundary of the Hunter Region.

“I was born in Mungindi and wanted to join the police force but was half an inch too short. I met my wife in Collie [Collarenebri] and have been here since.”

Grass Cutter has had three different trainers and Smith said the horse was known for pulling and reefing on jockeys.

“I’ve taught the horse a number of things such as walking on a treadmill. He’s rising ten years old and had never swum before he came to me. He also does plenty of walking.

“In both wins, he drew the outside barrier – the barrier draw doesn’t mean anything to him as he punches forward to the lead.

“After his last win he came home and ate right up and the next day he was bucking and playing. He has to travel a fair way to the races but doesn’t seem to mind.

“My horses are used to it, in fact quite often I take them for 50km drives and they love it.

“Most of the horses I train have been given to me. I do something different with my horses each day so they’re happy and are all blossoming.”

Smith said he enjoys travelling to the races: “It’s ‘only’ three and a half hours to Dubbo so I put on my audiobook and listen to them. It’s something I really enjoy, and it passes the time.”