"There'll Be Celebrations If He Wins" (Grafton Guineas, Weds)

Stewart Campbell has been able to upstage his fellow Murwillumbah trainer Matt Dunn with Macchina Volante several times recently and hopes his promising three-year-old can do it again when it counts the most in Wednesday's $80,000 Tursa Grafton Guineas (1600m).

Macchina Volante has put together four impressive wins on the trot lately and has beaten well-fancied Dunn stable runners in three of those victories. 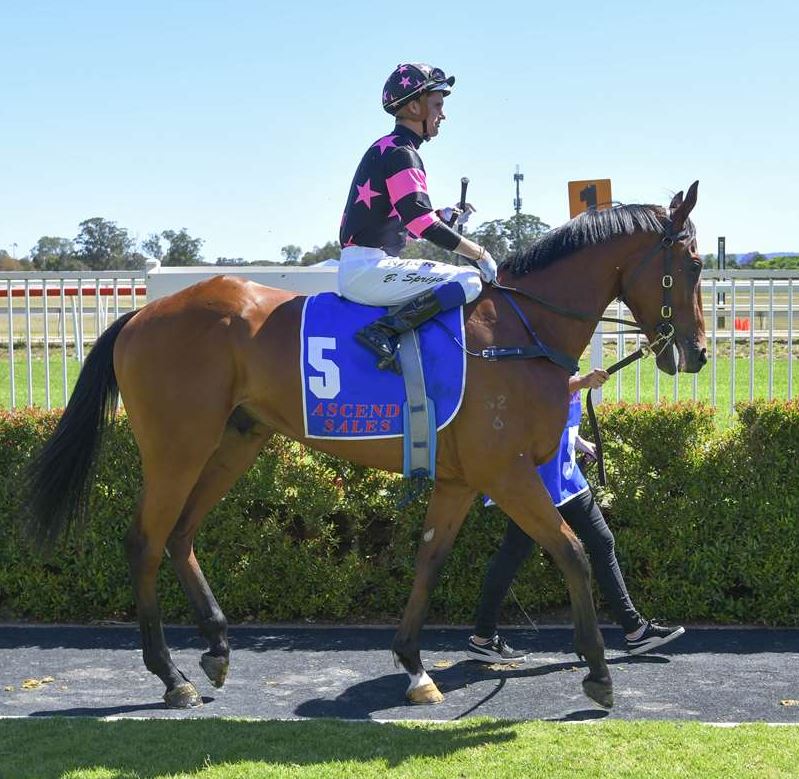 Macchina Volante beat Dunn's Gentlemen's Words ($2.15 favourite) at Murwillumbah on March 23, upset Astralis, the $1.40 favourite at Murwillumbah again on March 31, and last time out at Casino on June 23 was far too good for Arcalette, who dead-heated for second.

Dunn has two in-form runners in Wednesday's Guineas - Ready To Humble and Rothenburg, both gallopers coming off last-start TAB Highway wins in Sydney.

Ready To Humble has been installed the $4.40 favourite for the Guineas with Rothenburg at $6. Macchina Volante is rated an $11 chance.

"Matt's runners on Wednesday both look among the hardest to beat, but we've beaten him a couple of times lately and hopefully can do it again in the Guineas," said Campbell.

Some of Macchina Volante's 19 owners will be on course for the first time on Wednesday to cheer on their three-year-old who has compiled four straight impressive wins at Murwillumbah (March 23 and March 31), Grafton (June 11) and Casino (June 25).

The COVID-19 restrictions have meant owners have had to watch their horses from afar, but with members and owners now free to attend this week's Grafton carnival, Macchino Volante will have a strong 'cheer squad' supporting him for the first time.

That Macchina Volante is a strong Grafton Guineas contender is no surprise to Campbell who has had this race in mind since last December when the three-year-old entered his stable after doing his earlier racing for Sydney trainer Peter Robl.

"He's taken every step and has impressed each time but, with the restrictions in place, none of the owners have been able to be on track to enjoy any of those wins," said Campbell.

"The owners are spread throughout Australia - some in NSW, some in Queensland and even one owner who lives in Perth.

"But about eight of them who are based around the Northern Rivers region are hiring a bus and are heading to Grafton on Wednesday. There'll be quite a celebration if he wins, I'm sure."

Macchina Volante has continued to impress with each of his four wins and Campbell was particularly taken with his last-start win with 61.5kg against older rivals in a Benchmark 66 Hcp over 1400m at Casino.

Macchina Volante steps up to the 1600m for the first time on Wednesday, but Stewart is confident the trip poses no problem.

"The way he's been hitting the line indicates to me that he'll be suited at the 1600m," he said.

"And although his last couple of wins have been on soft and heavy tracks, I think he's really a better horse on top of the ground.

"I think his last win at Casino was probably his best performance so far. He beat some tough older horses, had to push his way out in the straight and I thought he did a great job.

"He's done a treat since his latest win and I couldn't be happier with him going into the Guineas. He's drawn out in 13 in Wednesday's race, but there's nothing we can do about that.

"He'll go back as he has in his recent races and hope for a bit of luck in the run. I'm expecting the Guineas Prelude winner (Prince Of Troy) to go forward again and put the speed on which will be ideal for us.

"My horse has got 60kg but he actually drops in weight on his last win (with 61.5kg)  and is back to his own age group."

Campbell hasn't had many runners at Grafton's July carnival and a Guineas win would be his best win since the days of Bernie of Babylon, who won the Gatton and Murwillumbah Cups back in 2015.

"He was a horse I got from Peter Moody and I won a few races with him, including a couple of country cup races, but if this horse can win a Grafton Guineas worth $80,000, that would be my best result as a trainer," he said.

Win or lose on Wednesday, Campbell is planning to spell Macchino Volante and holds ambitions of getting a start in the $1.3m The Kosciuszko (1200m) at Randwick on October 17.

The Matt Dunn stable not only holds a strong hand in the Guineas, but in-form stablemate Snitz has also been installed the $4.20 favourite for Wednesday's main event, the $200,000 Ramornie Hcp (1200m).

Dunn is chasing his first Ramornie win, but Gold Coast trainer Toby Edmonds will become the first trainer in more than 80 years to win the Grafton feature three years in a row if outsider Mr Bellagio can cause an upset this year.

Edmonds, who trains in partnership with son Trent, won the past two Ramornies with Havasay. The last trainer to win the race three years in a row was Neville Russell who won the race a remarkable four years in a row with Cuban Song from 1933 to 1936.