All In The Family For Nieces And Nephews (Moruya, Fri)

Nothing comes close to family and nothing may again come close to the aptly-named Nieces and Nephews in Friday’s $29,000 Narooma Cup.

Following an impressive victory at Canberra last Friday, Nieces and Nephews will line-up again in the feature race from a perfect draw in gate one.

The improvement in Nieces and Nephews, an ideal barrier and the make-up of the final field for the feature race at Moruya has co-trainer Paul Jones buoyant the galloper can again acquit himself well. 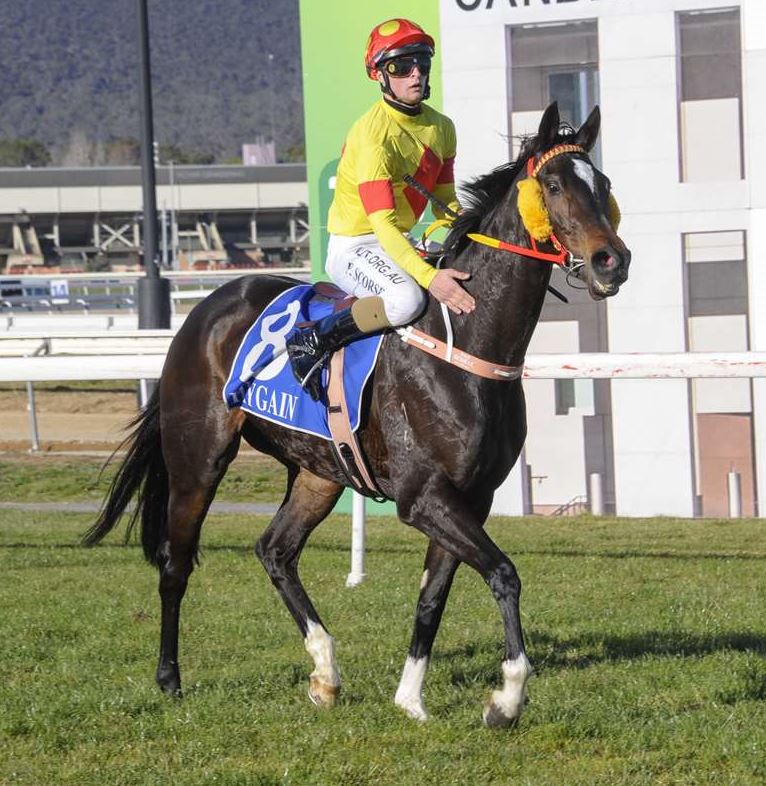 “It’s a winnable race – it looked tough when the nominations came out, but I’m confident he will run a nice race,” he said. “There is good speed and he should get a nice run just behind them.

“Patrick (Scorse) believes the horse is getting better and said the horse won so well last week and felt good so we decided to go for this race.”

Nieces and Nephews is a son of noted wet track sire Zariz, and as his names suggests, is raced by many members of the Jones and Joseph family.

It’s a fitting name for the gelding who has given his connections plenty to celebrate lately with four wins and three placings from nine starts this campaign.

It has all fallen into place for Nieces and Nephews this year, and while Jones feels the galloper deserves a break he can’t resist having a crack at the feature race.

“He is very tough and I did think he would be in the paddock by now having a spell. He lacked a bit of maturity and racing nous last campaign, but this time in has put it all together,” he said.

“The mile last week topped him off for this and he feels so well at the moment. It’s worth racing in this race even though it’s a step up in grade.”

Queanbeyan trainer Joe Cleary also has eyes on the feature race with Katie Did It which finished second at Canberra last Friday, and like Nieces and Nephews, is racing twice in a week.

Coming off a last start second behind Motime, Katie Did It will appreciate a weight drop of 6kg on her last run, according to Cleary.

“She has been carrying between 60 and 62 kilograms at her past three starts and the drop to 56 kilograms will help her,” Cleary suggested.

“She has been a bit hard to place because she is so consistent so we will step her up in grade to get some weight off her and she should run well.”

Katie Did It has won four times for Cleary since taking over her training and he hopes she can claim a higher graded race before she is retired to stud in the near future.

Meanwhile, ultra-consistent galloper Gold Touch could again prove to be the horse to beat in the Narooma Town Plate (1300m). Gold Touch has won five of her past nine starts and will have some weight relief with the 3kg allowance for jockey Heni Ede.

Cleary will also have Hard Core starting in the other feature race, and after a last start third behind Gold Touch at the Sapphire Coast, is looking to reverse the result.

“It’s the right race for him again, he is drawn well with the minimum weight,” Cleary said. Moruya is rated as a soft 5 for the nine-race program.