Grills Confident Danebrook Can Take A Big Leap At Scone

Prepared by Sue Grills, Danebrook has raced on just five occasions for a win and four placings but there are better things in store for the three-year-old.

“He’s still green and is learning his craft but has plenty of talent,” Grills said. 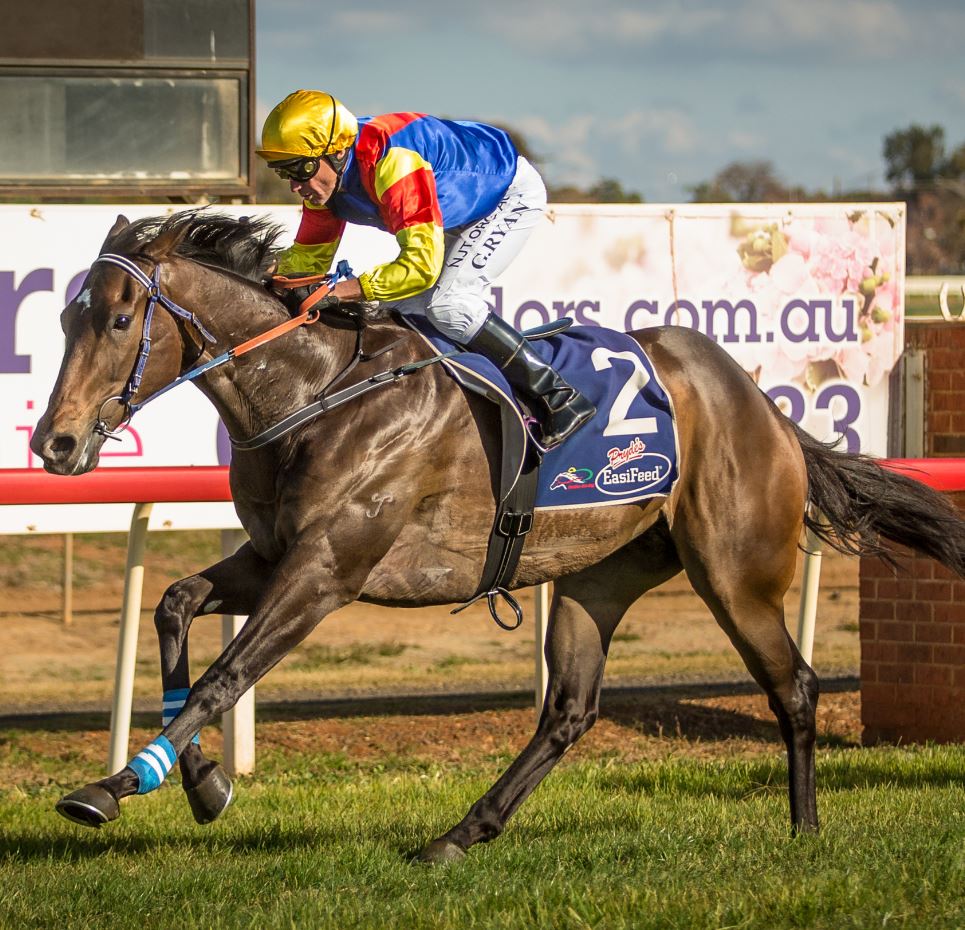 Danebrook powers to the post at Dubbo with Greg Ryan aboard. Image by Janian McMillan (Racing Photography)

Following placings at Scone (twice) and Tamworth (twice), Danebrook broke his maiden status with an authoritative victory at Dubbo (1310m).

“Greg [Ryan] said when he got to the front he wanted to stop; he’d never been in the lead before, so he didn’t know what to do.

“He wants a mile so the further we stretch him in distance the better he’ll be.

“It’s a big jump winning a maiden to a class three, but he should be able to handle it. And the form around him is stacking up.”

Two starts back Danebrook finished strongly when runner-up to the John O’Shea-trained Lost and Running, a horse that is unbeaten in two starts and has been highly impressive.

Grills is also considering starting her in-form galloper Under the Thumb in the $27,000 C J Britten Open Showcase Handicap (1200m).

Under the Thumb sizzled home at his past two starts, having finished eighth at Tamworth when a long way back at the turn before overpowering Kookabaa to win drawing away at Dubbo.

“He’s finally found good tracks at his past two starts and shown what he can do,” Grills explained.

“He simply hates the rain-affected surfaces. I’ll look through the nominations and also watch the weather as there is rain forecast here.

“If it’s too wet, I’ll take him to Grafton for the John Carlton Cup on the Sunday [28th June].”

“He’s an honest fellow [Deeling Us In] and hasn’t had much luck in his past couple of runs. We’ve freshened him up and he should run well.”

Nevercan has only raced three times and is yet to fill a placing but Grills has an opinion of him.

“He’s a monster but a beautiful horse; he has just wanted a bit of time as he is such a big lad.” Nevercan is also on the fresh side, not having raced since February.