Almost this time 12 months ago, Thistledo emerged as a winter contender with three wins from four starts for his new trainer David Blundell.

Thistledo is racing better than at the same stage last year, according to his trainer, and will line-up as one of the main contenders in the Winter Sprint at Wagga on Sunday. 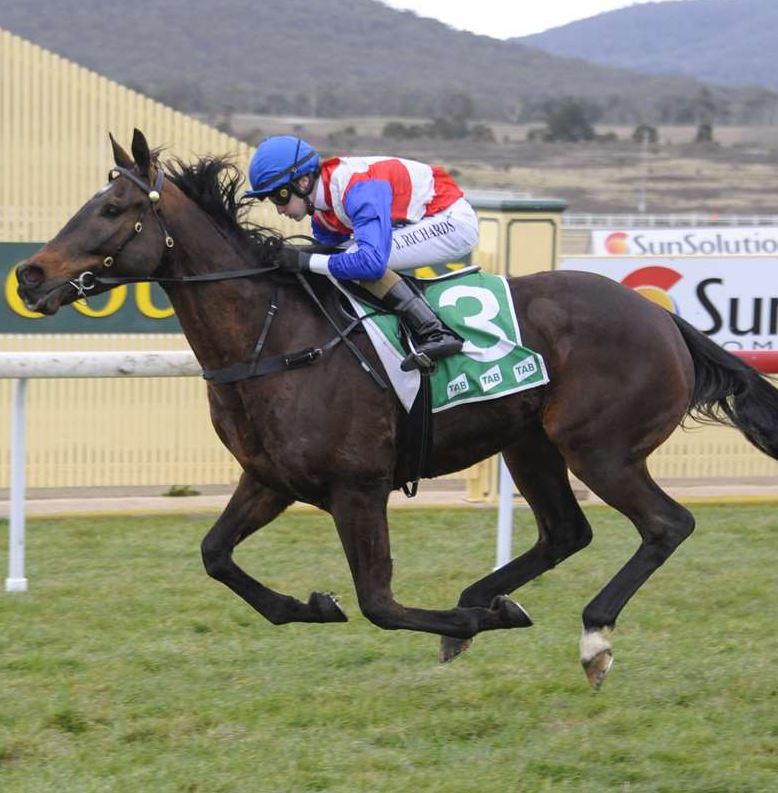 The seven-year-old hasn’t won since his last success in August last year, but Blundell doesn’t see that as a reason to suggest he can’t win.

Thistledo won in restricted grade last winter twice at Goulburn and once at Gundagai.

It has only been five starts since his last success even though 10 months have passed.

Blundell has taken further confidence for the return to country class for Thistledo after he finished a close second at Canterbury on a heavy track on May 27.

“You would think he would be hard to beat going on the form out of his last start,” Blundell said.

“He was competitive in the first preparation I gave him winning three times and he is a lot better horse than what he was last preparation.”

The Gundagai Snake Gully Cup in November is Blundell’s mission with Thistledo.

Perfectly placed back to country grade on the soft surface, Thistledo is one of a few chances in a competitive 1000m race with jockey Shaun Guymer aboard from gate seven.

Topweight Pleasant (also entered at Royal Randwick on Saturday) excels at the distance and won a similar graded race at Wagga last August.

Stablemates Flash Fibian and Rafha’s Choice, despite drawing the widest starting gate, are well placed back to this grade.

Flash Fibian was narrowly beaten last start when second at the Sapphire Coast, whilst Rafha’s Choice hasn’t shown up in his last five starts but has been competitive right until the end of his races in Sydney.

The drop back to this grade will also suit Rafha’s Choice who hasn’t raced for six weeks.

Real Key continues to perform for his connections and is a last start winner, while Vinnie Vega could deliver the knockout result on his best form.

The other query runner is Iggy The Moocher who is having his second start for his new trainer after a first-up sixth at Corowa and drops 3kg in the weights.

Blundell said if Thistledo can maintain the form from his last run he will go on to the Moruya Town Plate later next week: “He hasn’t raced for a few weeks and has enough speed for the 1000 metres on the soft track,” he suggested.

Thistledo is one of three runners for Blundell who will also start Awadhi and Kipe who will be first-up over 1600m.

The widest draw has dimmed the trainer’s confidence with Awadhi who is having his second start back from a spell. “I think Awadhi is capable of winning better class races, but the wide draw is a problem.

"He will go well it’s just a shame where he has drawn,” he said. “Kipe is a wet tracker and may need the run first-up over the mile.”

Wagga’s track is rated a soft 6 with rain forecast leading up to the meeting.