There are few racehorses with the longevity of Benno’s Boy ($4.60 on TAB) who will attempts consecutive victories at Albury on Monday.

Years of racing for 161 starts haven’t slowed down the eight-year-old whose endurances stands him out among the horses leading trainer Trevor Sutherland has prepared from his Wagga base.

“I have had a fair few horses race on for years and have a lot of starts, but none have had as many starts as Bennos,” Sutherland said. 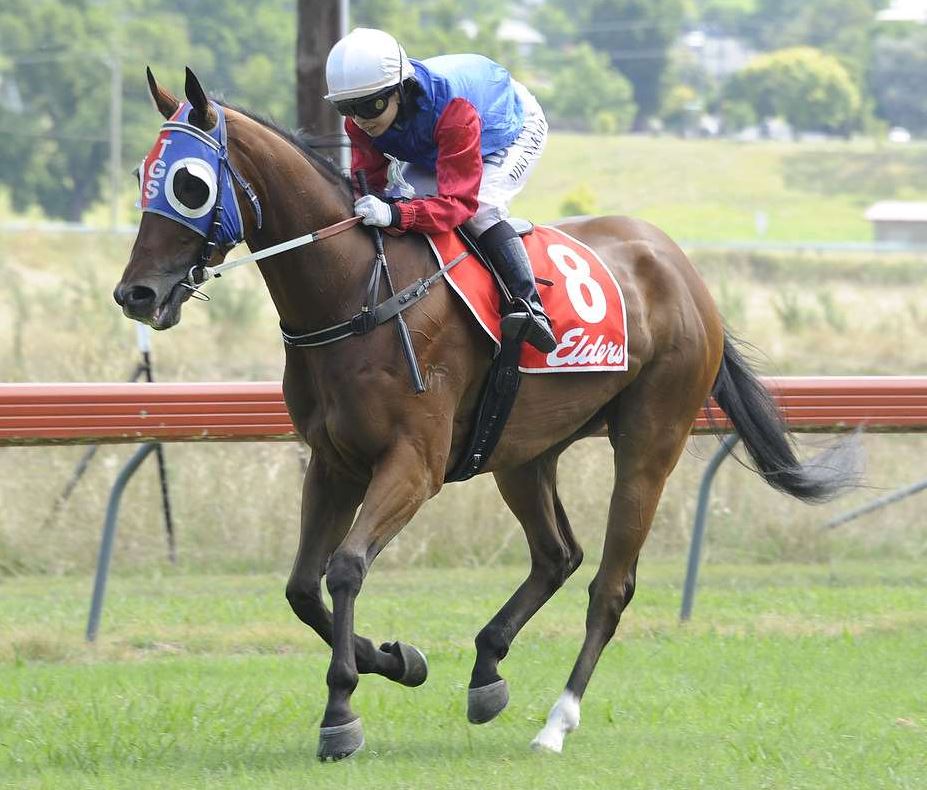 Benno's Boy - will take stopping at Albury on Monday. Image by Bradley Photographers

“I call him my weekly cheque because he is always thereabouts. He hadn’t won for more than 30 starts before he won at Wagga last start, but he had finished in the top three many times.”

Benno's Boy will line-up in the Benchmark 58 (1000m) on a heavy 8-rated track which will suit the veteran, according to Sutherland.

“It’s a nice race again for him and he can handle the wet as well. He fronts up every start and loves stable life so he is ready to go again,” Sutherland said.

Benno’s Boy has also won 16 times and been placed on 50 occasions at multiple tracks across country NSW. Sutherland puts Benno’s Boy’s lengthy racing career down to his training routine and soundness.

“He loves stable life and is very sound. He doesn’t gallop much between starts, but races often and he always gives his best,” he explained.

“It would be nice if he could get to 20 wins and 200 starts before he retires. You don’t see many horses with that record these days.”

Sutherland had two winners at Narrandera on Saturday and will have eight starters at Albury including another two veterans, Willy White Socks ($19) and Gentleman Max ($4.20).

“Willy White Socks is as good as I have had him and old Max will be hard to beat if the track stays wet,” he said.

The newcomers have trialled and their chances will depend on the improvement they have taken from the experience, according to their trainer.

The leading trainer’s best chance could be Royal Fighter ($4) in the Maiden (1500m). Royal Fighter has raced three times for Sutherland for two placings including a last start second at Wagga.

“He was back in the field and flew late to be narrowly beaten. If he runs up to that effort he will be hard to beat,” Sutherland said.