The renowned regional combination of Sue Grills and Greg Ryan could upset more fancied juveniles from the Kris Lees and Gerald Ryan stables in the King’s Hall Jeweller’s $27,000 Silver Goblet feature at a booming 10-race Dubbo TAB meeting on Friday.

Sue says it’s a tremendous response of visiting acceptors, locals and race numbers for the popular Central Western Districts track, given the current climate and restrictions.

“Just great to see after what everybody has been through, I’m hopeful access is getting closer for our country owners; mine have stuck just so loyal and they’re the ones paying the bills,” Sue offered. 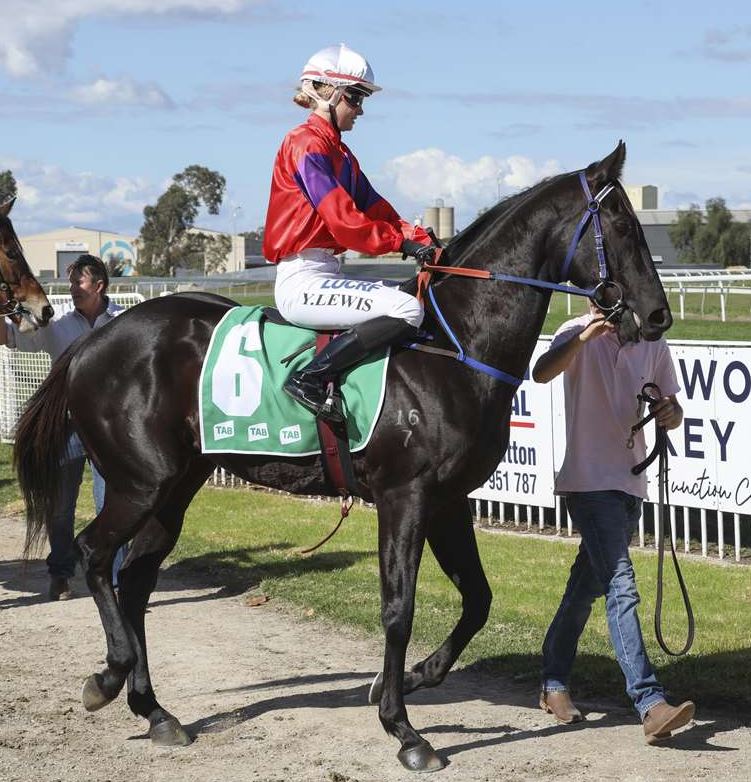 Without Shame (Yvette Lewis) steps out at Tamworth. Image by Bradley Photographers

And Sue says it was an absolute “forgive run” for her promising two-year-old Shamus Award gelding, Without Shame ($5.50 on TAB) who opposes Lees stablemates Never Talk ($5) and Triple Ace ($3 favourite) who head the betting markets along with Gerald Ryan's Bathurst winner Conscript ($4.80).

No shame whatsoever, when Without Shame ran second at Sue’s home track Tamworth recently behind Never Talk in the lead-up to Friday’s lucrative country feature.

“He threw his head up and, bombed the start, it was a top run from so far back for Yvette [Lewis] to get through the field and as close as they did - no fault of hers, he’d only had the one trial,” Sue enthused.

“He’s a nice type and has made natural improvement.”

Ryan takes over for the bigger occasion after Without Shame was beaten less than a length: “We’re drawn out a little but nobody rides Dubbo any better than Greg.”

Sue says there is also good reason to expect sharp improvement from her performed gallopers Blinkin Fast ($16) and Under the Thumb ($21) in races seven and eight respectively, open company events.

“This prep Under the Thumb has just struck a succession of rain-affected tracks that he’s just not comfortable on at all - he’s race fitter now and I think he’ll run well.

“Blinkin Fast has had no luck drawing wide barriers, his runs have been okay, he’s drawn inside now and he’s just so genuine.”

Similar circumstances for consistent Danebrook ($2.30 fav), drawn the extreme outside in the sixth.

“No favours there, but that’s racing; just trusting Greg can slot in somewhere and those Scone maidens where he placed were probably stronger maidens.”

A big watch is the Lees-trained Irish import Cullingworth in the Rhino Cup. The five-race winner has been successful previous preps at Doomben, placed at Mooney Valley in stronger grade, is fitter for two trials, a first-up race and is a solid $5 in early markets.

At present Dubbo has a good four track rating in fine weather.