A heavy track won't be of any concern for Grafton trainer John Shelton if that's the surface that confronts his two runners at Ballina on Monday.

Shelton will have the in-form sprinter Jule's Spirit lining up in The Mission@Aquis Farm Open Handicap (1000m) and Enterprise Keren tackling the Cav Security 3YO Maiden Plate (1250m).

Jule's Spirit has hardly put a foot wrong in his five starts since joining Shelton's stable after doing his earlier racing with Brisbane trainers Kelly Schweida and Barry Lockwood. 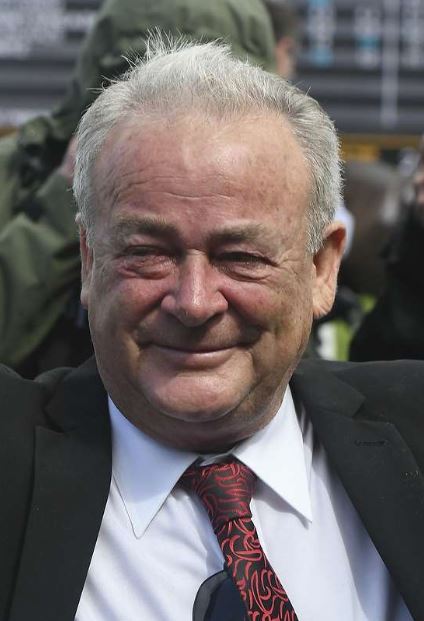 Jule's Spirit scored first-up for Shelton over 1006m at Grafton on March 3, won again two starts later over 1006m at Port Macquarie on April 24 and at Casino at his most recent outing on May 8 when he just prevailed in a Flying over 1000m.

The Casino win was a pleasant surprise for Shelton who was certain his galloper had been beaten right on the line. Jule's Spirit just held off the Leo Clapham-trained Mecum, who meets the winner 2.5kg better on Monday.

"I was never sure he (Jule's Spirit) was ever going to get them down the straight and then on the line I thought the other one (Mecum) had just grabbed him," said Shelton.

The Ballina track was rated a heavy 8 on Friday morning (June 5) and Shelton won't be concerned if it is still in the heavy range come Monday.

The four-year-old has only raced twice previously on heavy tracks, winning both. He was trained by Kelly Schweida when he won on a heavy 8 at the Sunshine Coast back in October 2018 and then at the same track won on a heavy 10 in July last year when in the Barry Lockwood stable.

"He's handled heavy tracks, including a heavy 10, in the past and he just seems to be one of those versatile gallopers who can handle all conditions," said Shelton.

"He's a very honest horse who's had a great prep so far since he came to me and although he's now starting to get up in the weights were it hurts, I'm expecting another good effort from him again on Monday."

Shelton may consider finding a suitable race for him during Grafton's July carnival if he continues to race well in the coming weeks, with a race like the Sir James Kirby Quality a possibility.

Monday's Ballina sprint has brought together a handy field of sprinters, including Brisbane mare Sky Lake, who resumes, the five-time Ballina winner General Nelson, and the Stephen Lee-trained Alatora, who returns to the races for the first time in 18 months.

And local mare Aimalac Millie ran a much better race last time when a close fourth behind Jule's Spirit at Casino and could be ready to win again.

Shelton's only other runner at Monday's seven-race meeting is stable newcomer Enterprise Keren who can break through for her first win at her fifth start in the 3YO Maiden Plate (1250m).

The filly, previously trained in Brisbane by Michael Lakey, was having her first outing for Shelton when she resumed on a heavy8 with a late-finishing second to First Sight in a Coffs Harbour Maiden Plate (1205m) on May 22.

That was her first run on heavy ground but, being a daughter of Mossman, she is bred to handle it and Shelton was delighted with her first-up effort.

"It was a very nice effort first-up and she has really come on since that run," said Shelton. "From a better draw this time (barrier four) she should be able to 'possie up' a bit closer and the 1250m should be ideal for her at this stage."