Dunn landed five of the seven winners at the last Murwillumbah meeting on May 11, and although that result might be hard to equal, he does looks to have a strong hand in several races on Sunday. 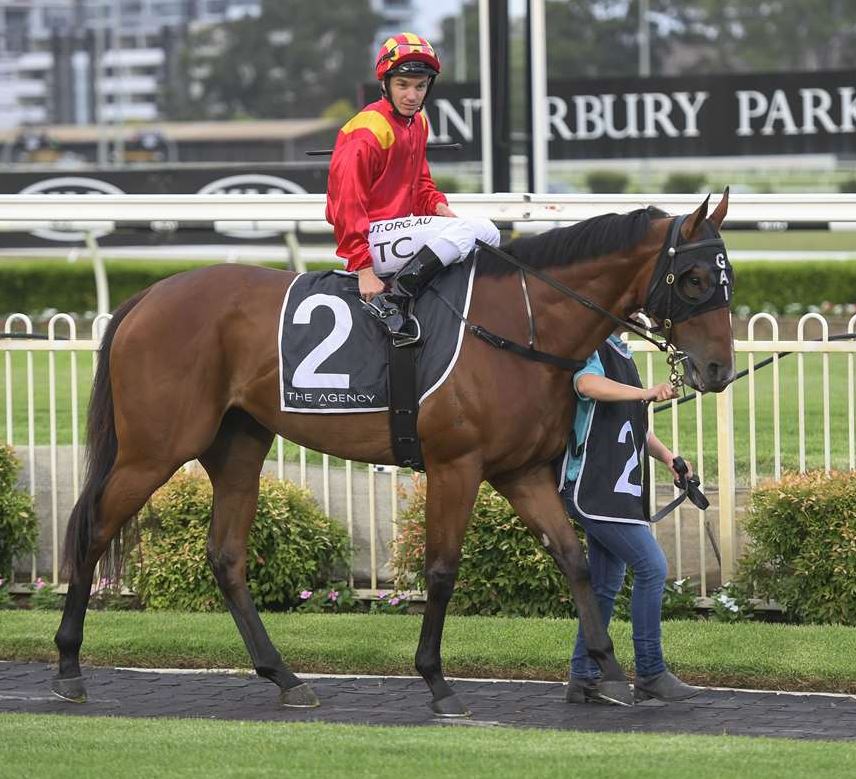 Two of his best hopes clearly look to be impressive last-start winners Single Blonde in the Imperial Hotel Benchmark 66 Handicap (1200m) and Astralis in the Boom Evolution Class 1 Hcp (1200m).

Formerly trained by Gai Waterhouse and Adrian Bott, Single Blonde couldn't have been more impressive at her first run for Dunn at Murwillumbah on May 11, resuming to win a Maiden Plate (1010m) by almost four lengths.

Astralis, another ex- Sydney galloper from the Hawkes team, was even more impressive at her first run for Dunn, streeting her rivals in heavy 8 conditions in a Coffs Harbour maiden on April 14.

Dunn was rapt in both fillies' efforts and thinks both will take great confidence from those dominant performances and can go on with it from here.

Belinda Hodder, who has been in dazzling form in recent weeks, continues her association with Single Blonde, while Dunn's 2kg-claiming apprentice Emily Atkinson will partner Astralis.

Hodder also has other key rides for Dunn on Sunday - last-start winner Byron Buoy in the Mooball Cup Class 2 Hcp (1550m), and first-starter Stuck With You in the Maiden Plate (1100m).

Hodder has also been having a good recent run when linking with Lismore trainer Owen Glue and could continue that winning association with Astrophysics in the Joe Booth Transport Benchmark 58 Hcp (1010m).

Glue has had five winners and four placegetters from his past nine starters and heads to Murwillumbah with Astrophysics and Dexter Dutton, who both line up in the Benchmark 58.

Four of Glue's recent winners were ridden by Hodder, including a double at Grafton on May 4 with Astrophysics and At Witz End. Astrophysics scored a dogged win in that Grafton maiden (1115m) on May 4, fighting off all challengers in the final 100m.

Glue scratched Dexter Dutton from Casino on Friday to be saved for Murwillumbah, a track the five-year-old has raced well at in the past, winning twice and being placed once in his four appearances there. Dexter Dutton has been very consistent of late, with two wins and two narrow defeats in his past six starts.

Ballina trainer Stephen Lee and jockey Jon Grisedale had a good day at Casino on Friday and can back that up with a couple of leading chances at Murwillumbah. They combined to win the first two races at Friday's Beef Week Cup meeting with promising two-year-old filly Freya's Cloak and the outsider Sailing.

Lady Bowler improved at her second start to finish third to Rackateering and Byron Beau at Grafton on May 4 and both of those gallopers have won since. Shy Boy is yet to win in 13 starts, but ran well when a first-up second at Murwillumbah on May 11 when he, unfortunately, ran into Single Blonde.

Annie Ethyl disappointed at her latest outing at Murwillumbah when seventh of eight behind Inwithachance in a Benchmark 66 (1100m) but her previous efforts were very good, including a Grafton Class 1 win two starts back on April 20.

Please be advised that the Wean picnic meeting scheduled for Saturday, 11th July 2020 has been transferred to GUNNEDAH to ...
Read More

Gold Coast trainer Michael Costa never expected too much from La Pulga earlier in his career, but now thinks the ...
Read More

By Ray Hickson His name means ‘The Rocket’ and trainer Joe Pride is a little bit excited about what lies ...
Read More