Horse With 'Playboy' Looks Ready To Parade At Wagga

A galloper with playboy looks is preparing to make his first appearance for Wagga trainer Tim Donnelly on Friday.

Iggy the Moocher is an attractive chestnut gelding with four white socks and a blonde mane and tail. 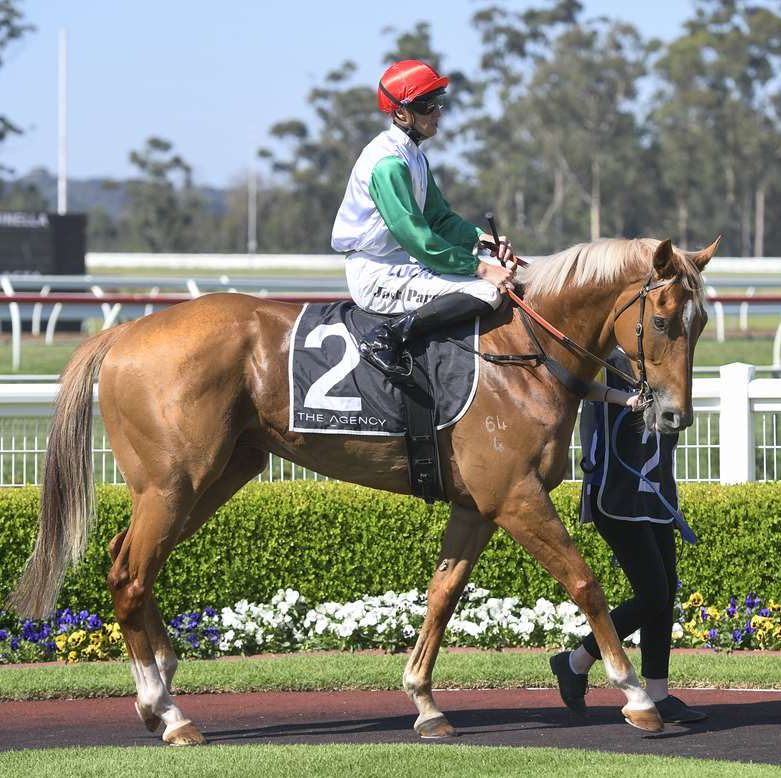 “He’s a real stunner and I’ve already had five approaches to take him when he finishes racing,” Donnelly admitted.

Iggy the Moocher has not raced since November when down the track at Canterbury Park before being transferred to Donnelly.

In that race, the horse bolted on Nash Rawiller and raced out to a big lead before weakening badly prior to Rawiller easing him down over the concluding stages.

“I purposely haven’t watched that race; I wanted to start with a blanks canvas,” Donnelly said. “He had a jump out the other day and went very well, so he’s progressing nicely.”

Iggy the Moocher has only raced once at Wagga when beaten a short head in the MTC Guineas.

The horse is owned by Richard Pegum, a St Ignatius College, Riverview old boy and a group called ‘Riverview Turf Club’ acknowledging where the school is located.

According to the Urban Dictionary, Iggy the Moocher is a fictitious ‘mad dog’ that embodies the school: “Being Iggy is a privilege and represents the spirit of the school, having been chosen by fellow brothers to lead the school in war cries and sporting matches.”

Pegum is also a part-owner of Would Be King who is entered for Friday’s Claas Harvest Centre Class 2 Handicap (1200m). The gelding was having his first start for the Donnelly stable when an impressive winner at Albury (1175m) on May 15 at his first run for nine months.

“He is a nice horse and had to do it at both ends first-up,” Donnelly said. “I really like him, and he’s made plenty of improvement since.”

Donnelly also has Jodhpur entered for the same event and will work out later in the week which horse runs in the race: “I prefer to separate my horses.”

Jodhpur has raced on 10 occasions for two wins and seven placings, with his only unplaced run being when fourth at Wagga.

“He is very honest and hasn’t had much luck in two of his past three starts. With his racing style of getting back in the field, he needs the pace to be on up front.”

“Much depends on barriers with this bloke,” he explained. “When he draws a wide gate, he gets back in the field and has to do it the hard way.

“He’s much better off if he draws in close as likes to race next to the fence.”