From Sweden To Wagga - Julia's Chasing a Dream

Apprentice jockey Julia Presits is an unknown to many who will see her name at Wagga on Saturday riding well-performed mare Anna’s Joy.

However, it may pay not to be mistaken by her relative inexperience in the professional ranks. 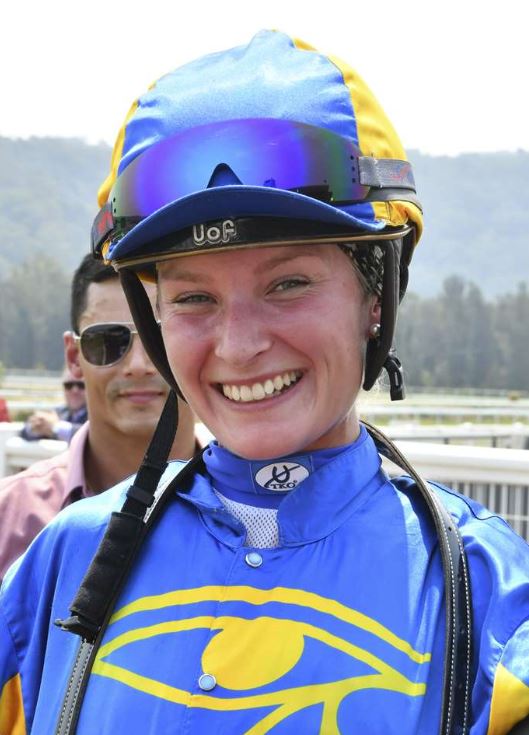 Julia Presits - will be aboard Anna's Joy at Wagga. Image by Bradley Photographers

The 26-year-old has one of her best opportunities to break through for her first professional win in the Kurrajong Cup (1200m) after riding for most of her career in the amateur ranks.

Julia's story is one of changes, chasing dreams and moving to another country, all on horseback so it would seem.

Presits has had race wins in Sweden and Norway with more than 80 rides before she moved to Australia almost two and a half years ago.

She also trained horses back home in Sweden and is presently riding trackwork at Warwick Farm in Sydney.

Riding a winner at the professionals is her next goal and Wagga is as good a place as any.

She has ridden a winner at the amateurs at Wagga on the Riverside Track and would love nothing better than to celebrate another in the professional ranks.

“She rode Anna’s Joy is a jump out and they went well together. I would love to be the trainer to give Julia her first professional winner here,” he said.

“I have been impressed with her riding style and this is the first time I have used her in a race.

“Anna’s Joy will be fitter for the start after a bit of a setback, but I still expect her to go very close.”

Anna’s Joy is a metropolitan winner with seconds to her credit behind All Too Royal, eight wins from 21 starts, and Mansa Musa, four wins from 10 appearances.

The six-year-old also finished fourth in last year’s Wagga Town Plate behind Ghostly and is nearing peak fitness, according to her trainer.

“She hasn’t won over 1200 metres, but when she is fit she can run it,” he suggested. “She has improved a lot from her last run and is almost at her top.”

Purchased for $26,000 as a yearling, Anna’s Joy has earned close to $170,000 for her owners. She is one of three horses her trainer prepares at Warwick Farm and he hopes the lengthy trip is worth the effort.

Anna’s Joy recorded her second career win at Wagga in August 2017, and while she has only recorded two wins since her trainer doesn’t believe she is past her best.

“She has run into a few good ones during her career and gone well against them. She tries her heart out and from a nice draw I expect her to be right there,” Niceforo said.

“I hope for Julia she can win – it would be nice for her to get that first professional win on my horse.”

Anna’s Joy will start from barrier three and will carry 59kg after the claim for Presits.