Bellamy Keen On Chances Of His 'Baby' At Coffs Harbour

Trainer Brett Bellamy has a slight concern about the wet ground but still expects his in-form mare Sugar Baby ($15 on TAB) to prove hard to beat on her home track at Coffs Harbour on Friday.

The ex-Victorian mare has had six starts for Bellamy and has hit her straps at her past three outings with a win and two seconds behind in-form gallopers.

And Bellamy thinks she can win her second race for him in Friday's Class 2 Handicap (1005m) on the eight-race Coffs Harbour Racing NSW Country Showcase meeting. 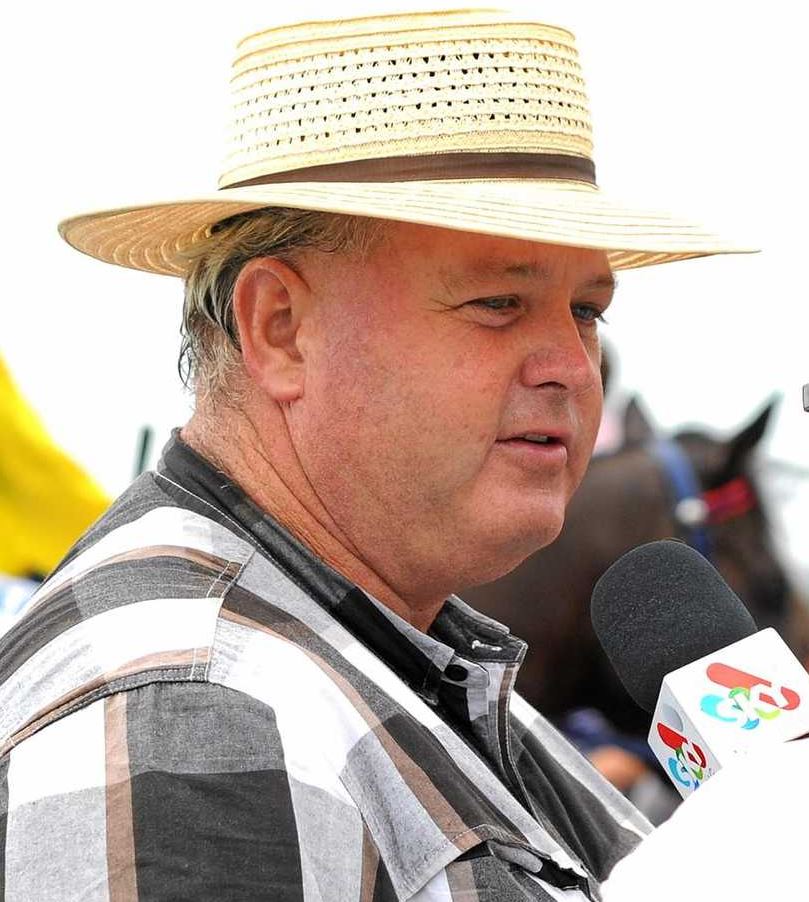 Her task will be made easier if dual acceptors Keen Power ($2.50 favourite) and Tallis ($5) are scratched from the Coffs Harbour race and run instead in Saturday's TAB Highway at Randwick.

The Matt Dunn-trained Keen Power, unbeaten in two starts, and the Colt Prosser-trained Tallis head the betting market for Coffs Harbour but seem more likely to run at Randwick.

"It will obviously make it an easier race to win if those two (Keen Power and Tallis) are saved for Randwick on Saturday," said Bellamy.

"Sugar Baby has been racing very well of late and I'm very happy with her going into Friday's race. From her good draw (gate four) I expect her to be hard to beat again.

"The one slight query I have is the wet track. She has been placed in soft and heavy ground before, but I think she is certainly a mare who races best on top of the ground." The Coffs Harbour track on Thursday morning was rated a soft 7.

Sugar Baby, previously trained in Victoria by Greg Eurell, had been sidelined for about 20 months before she resumed for Bellamy in March.

She ran well enough at her first three starts back without being placed, but then improved with a second to the in-form mare Lolly Dolly at over 1005m at Coffs Harbour on April 14.

She won her next start at Grafton over 1215m on April 27 then at her most recent outing was just beaten by the Matt Dunn-trained Triple The Fun over 1200m at Murwillumbah on May 11.

Sugar Baby has been ridden by apprentice Qin Yong in all of her starts for Bellamy, but he is currently suspended and senior rider Rory Hutchings takes the ride on Friday: "And she might be a mare who goes even better for a senior rider," said Bellamy.

Bellamy said it took a couple of runs for Sugar Baby to strike form but he has been rapt in her recent efforts.

"She'd had almost two years off when she came to me and when they have been off that long it seems to take forever and a day to get them right," he said.

"Then at her fourth run back she ran into Lolly Dolly (winner of three of her past four starts), who's flying at the moment, then she won at Grafton and last time at Murwillumbah she just got grabbed by that horse of Matt Dunn's (Triple The Fun) who's also been in good form."

The Dunn stable could be the main hurdle again on Friday as he has accepted with Keen Power, She's Spicy ($8) and Unimpeded ($11) in the same race. She's Spicy has been scratched from Saturday's TAB Highway at Randwick that Keen Power is an acceptor in.

While Bellamy was glad to see Sugar Baby draw an ideal gate in the Class 2, he hasn't fared nearly as well with some of his other runners on Friday. Bellamy could have up to 13 runners at the meeting, with many of his hopes dogged with outside gates.

"It's a case of quantity not quality with those 13 acceptors I'm afraid and quite a few of them have also drawn wide gates," said Bellamy.

One of those who has copped a horror draw is Warburton ($21), who was having his first run for Bellamy when he resumed to win at Coffs Harbour on May 8.

"I thought he was very impressive winning first-up and if he gets any sort of luck from his outside draw (gate 14) he could race very well again," said Bellamy.

Former European galloper Penshurst ($5), another good ride for Rory Hutchings, can record his first win on Australian shores when he steps up to a far more suitable trip in Friday's Benchmark 74 over 2005m.

A two-time winner (both over 2400m) from his six starts in Europe, Penshurst was trained by Matthew Smith when he first arrived in Australia and was placed once in six starts.

Now with the Matt Dunn stable, Penshurst obviously wasn't suited over the 1550m when he resumed at Murwillumbah on May 11, but was doing his best work late when a 6.3 length fifth behind stablemate Ashman, who dictated the race from the front and bolted in by just over five lengths.