Café Owner Prepares To Clean Up In TAB Highway

The tips can be as tasty as the tucker at the Tumbarumba café where George Dimitropoulos, rising 70 years, shares the cooking with wife Katrina before travelling to Wagga Wagga for dawn trackwork and just a couple of gallopers.

George has high hopes for his tiny outsider Mouse Almighty ($23 on TAB) in a Royal Randwick TAB Class 3 on Saturday (1000m) with the 54kg for the filly reduced by apprentice Louise Day’s 3kg claim.

Aside, George has reason for the occasional perusal over the Hong Kong racing results and it can trigger regret. 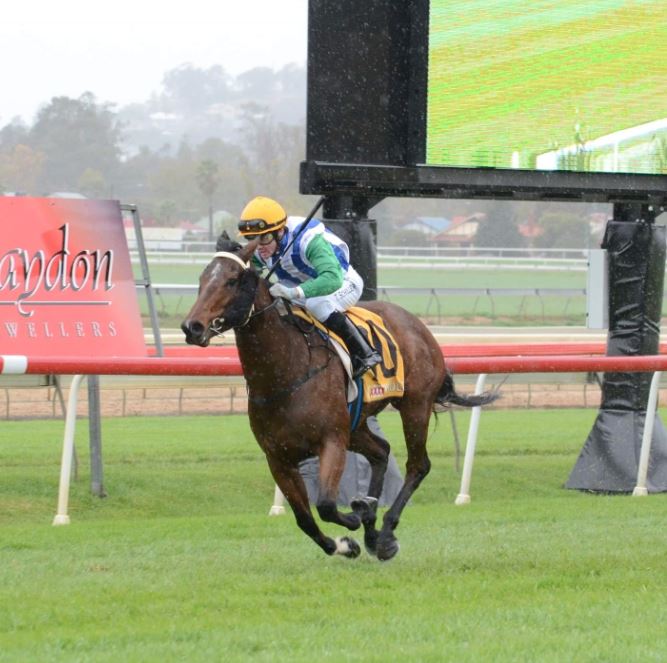 And subsequently heartbreaking for the two-horse veteran trainer when it was sold to Hong Kong and won four races.

Renamed Mr Lumieres and trained by David Hall, renowned as the trainer of Makybe Diva for her first Melbourne Cup in 2003, George conceded the offer to the owners just “too good to refuse.”

It’s been an extended wait for George to get another youngster he considers up to Highway grade, or better.

His dual Riverina winner, aptly-named Mouse Almighty has George as excited as the last time he was in town with the one that got away.

“She’s built like a whippet mate, but so much natural speed - more early zip than Zakynthos Regrets as a three-year-old and she’s got a big ticker,” says George, who fancies a bet on his own and rarely misses.

“The other real good horse won a few in Hong Kong; we knew he would and so did they,” George chuckled. “But that’s racing, you can only hope to get another good one. This filly is pretty good.”

After Mouse Almighty broke through for a modest maiden win at Corowa in April, well-backed, she made the progression to win a Wagga Wagga Class 3, 1000m on a heavy nine over the two-day Cup Carnival.

She led and won unextended for Tyler Schiller and the $51 was juicy for part-owners George and Katrina.

“I thought she’d progressed enough to win in better grade and on a heavy nine that day, it was real gutsy. She runs her sections really quick. But they can’t do it at both ends if there’s pressure and we’re drawn out.

“We claimed because she’s not built to carry any sort of weight. She’s so lightly-framed. Up in grade but guarantee she can still section to lead.”

A long-time racing local and associate of George explained: “That time of the morning, you’ve got to be so focused to dodge all the 'roos and wombats and at George's age, he’s on his ‘Pat Malone’. But when George backs one of his, he rarely misses; top judge.”

George used to do the same amount of driving from Cootamundra where he and Katrina originally had a café.

“The training facilities are just so much better at Wagga, mine are stabled there now. My apprentice Molly Bourke is a great kid, lives in Wagga - she’ll make a good rider, rides all my work and looks after them when I’m not there.”

Mouse Almighty will have a decent-sized cheer squad at downtown Tumbarumba on Saturday, where the feed and the racing tips are spot on.